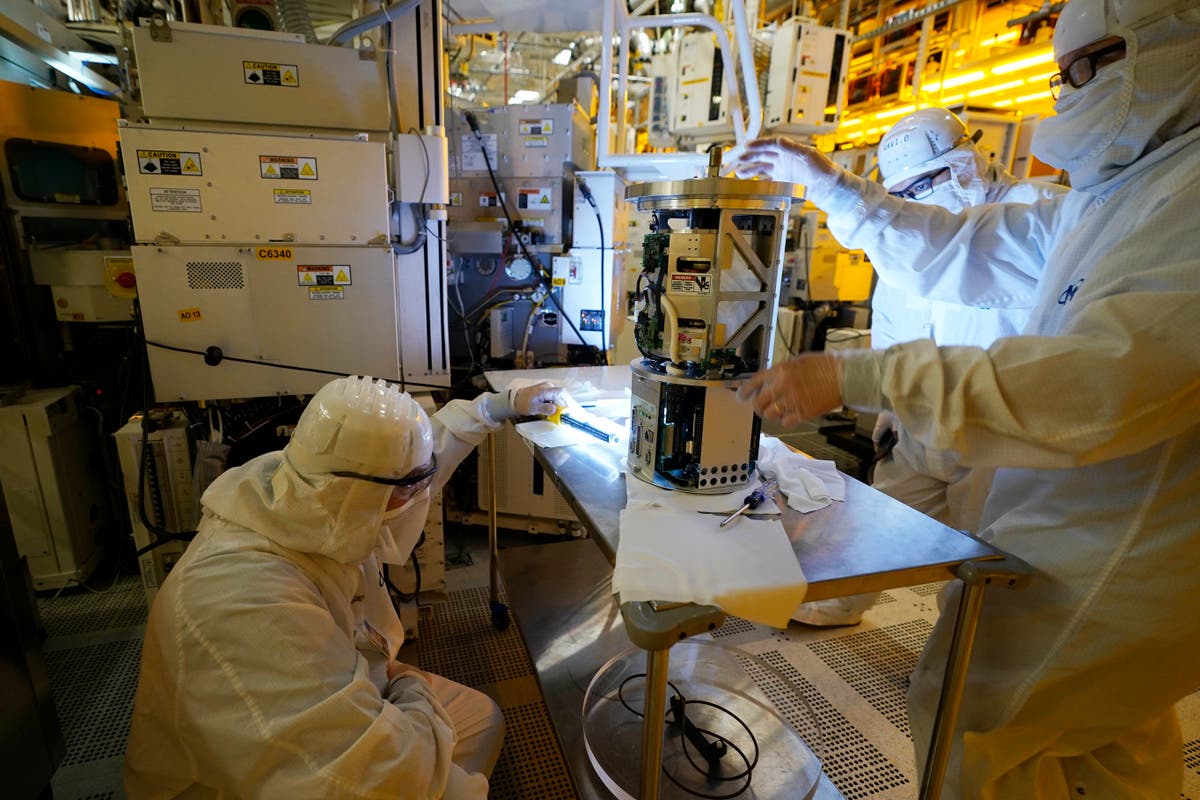 A bill to boost semiconductor production in the United States has managed to do nearly the unthinkable — unite the democratic socialist Sen. Bernie Sanders and the fiscally conservative right.

The bill making its way through the Senate is a top priority of the Biden administration. It would add about $79 billion to the deficit over 10 years, mostly as a result of new grants and tax breaks that would subsidize the cost that computer chip manufacturers incur when building or expanding chip plants in the United States.

Supporters say that countries all over the world are spending billons of dollars to lure chipmakers. The U.S. must do the same or risk losing a secure supply of the semiconductors that power the nation’s automobiles, computers, appliances and some of the military’s most advanced weapons systems.

Sanders, I-Vt., and a wide range of conservative lawmakers, think tanks and media outlets have a different take. To them, it’s “corporate welfare.” It’s just the latest example of how spending taxpayer dollars to help the private sector can scramble the usual partisan lines, creating allies on the left and right who agree on little else. They are positioning themselves as defenders of the little guy against powerful interest groups lining up at the public trough.

Sanders said he doesn’t hear from people about the need to help the semiconductor industry. Voters talk to him about climate change, gun safety, preserving a woman’s right to an abortion and boosting Social Security benefits, to name just a few.

“Not too many people that I can recall — I have been all over this country — say: ‘Bernie, you go back there and you get the job done, and you give enormously profitable corporations, which pay outrageous compensation packages to their CEOs, billions and billions of dollars in corporate welfare,’” Sanders said.

Sanders voted against the original semiconductor and research bill that passed the Senate last year. He was the only senator who caucuses with the Democrats to oppose the measure, joining with 31 Republicans.

While Sanders would like the see the spending directed elsewhere, several GOP senators just want the spending stopped, period. Sen. Mike Lee, R-Utah, said the spending would help fuel inflation that is hurting the poor and middle class.

“The poorer you are, the more you suffer. Even people well-entrenched in the middle class get gouged considerably. Why we would want to take money away from them and give it to the wealthy is beyond my ability to fathom,” Lee said.

Conservative mainstays such as The Wall Street Journal’s editorial board, the Heritage Foundation and the tea party aligned group FreedomWorks have also come out against the bill. “Giving taxpayer money away to rich corporations is not competing with China,” said Walter Lohman, director of the Heritage Foundation’s Asian Studies Center.

The opposition from the far left and the far right means that Senate Majority Leader Chuck Schumer, D-N.Y., and House Speaker Nancy Pelosi, D-Calif., will need help from Republicans to get a bill over the finish line. Support from at least 11 Republican senators will be needed to overcome a filibuster. A final vote on the bill is expected in the coming week.

Sen. Mitt Romney, R-Utah, is among the likely Republican supporters. Asked about the Sanders’ argument against the bill, Romney said that when other countries subsidize the manufacturing of high technology chips, the U.S. must join the club.

“If you don’t play like they play, then you are not going to be manufacturing high technology chips, and they are essential for our national defense as well as our economy,” Romney said.

The most common reason that lawmakers give for subsidizing the semiconductor industry is the risk to national security from relying on foreign suppliers, particularly after the supply chain problems of the pandemic. Nearly four-fifths of global fabrication capacity is in Asia, according to the Congressional Research Service, broken down by South Korea at 28%, Taiwan at 22%, Japan, 16%, and China, 12%.

“My fear is that more and more companies will locate their manufacturing facilities in other countries and that we will be increasingly vulnerable,” said Sen. Susan Collins, R-Maine.

Supporters are confident the bill will pass the Senate. The window for passing the bill through the House is narrow if progressives join with Sanders and if most Republicans line up in opposition based on fiscal concerns. The White House says the bill needs to pass by the end of the month because companies are making decisions now about where to build.

Two key congressional groups, the Problem Solvers caucus and the New Democrat Coalition, have endorsed the measure in recent days,

The Problem Solvers caucus is made up members from both parties. Rep. Brian Fitzpatrick of Pennsylvania, the group’s Republican co-chair, said Intel Corp. wants to build its chip capacity in the United States, but much of that capacity will go to Europe if Congress doesn’t pass the bill.

“If a semiconductor-related bill is brought to the floor, it will pass,” Fitzpatrick said.

Rep. Derek Kilmer, D-Wash., said he believes the legislation checks a lot of boxes for his constituents, including on the front-burner issue of the day, inflation.

“This is about reducing inflation. If you look at inflation, one-third of the inflation in the last quarter was automobiles, and it’s because there’s a shortage of chips,” Kilmer said. “So this is about, one, making sure that we’re making things in the United States, and two, about reducing costs.”