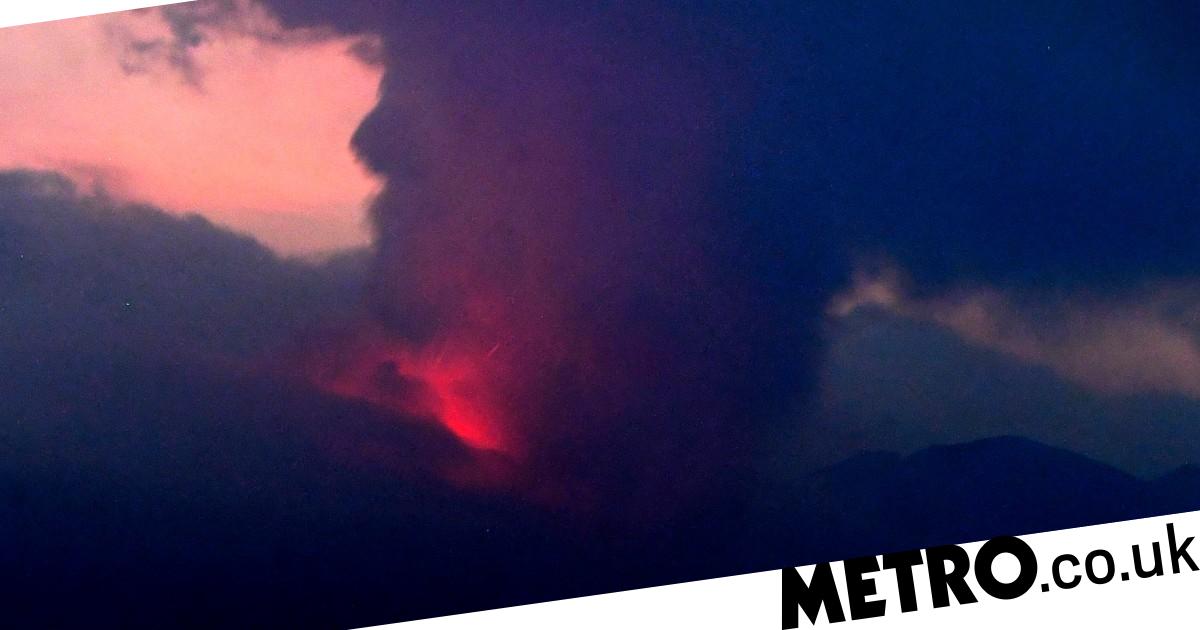 Japan’s Prime Minister has ordered officials to take action to save lives after a volcanic eruption on the country’s major western island of Kyushu.

Evacuations look set to get underway, with the eruption alert level being raised to the country’s highest level of 5.

There were reports of stones being spewed out of Sakurajima volcano and coming down to earth 2.5 km (1.5 miles) away, NHK public television said.

The volcano is one of Japan’s most active and eruptions of varying levels take place on a regular basis. In 2019, it spewed ash 5.5 km (3.4 miles) high.

Video footage from today’s eruption showed what appeared to be a red mass flowing down one side of the volcano, with red projectiles shooting out as smoke billowed into the night sky.

It added that about 120 residents in two towns were advised to prepare for a possible evacuation.

The agency warned of falling volcanic rock in areas within 3 kilometers (1.8 miles) of the crater, as well possible lava and ash flows and searing gas within 2 kilometers (1.2 miles).

There have been no immediate reports of damage and two hours after the eruption, a government spokesperson said they had not heard of any damage either.

Most of the city of Kagoshima is across the bay from the volcano but several residential areas are within about 3 km (1.9 miles) of the crater – and NHK said they may be ordered to evacuate.

Japan’s nuclear regulators said on Sunday that no irregularities had been detected at the Sendai nuclear power plant, which is located some 50 km (31 miles) northwest of Sakurajima.

Officials at Prime Minister Fumio Kishida’s office are said to be gathering information about the situation as it develops.

The mountain used to be an island but became a peninsula following an eruption in 1914.


MORE : ‘This has tested us’ How Tonga is trying to recover from volcanic eruption