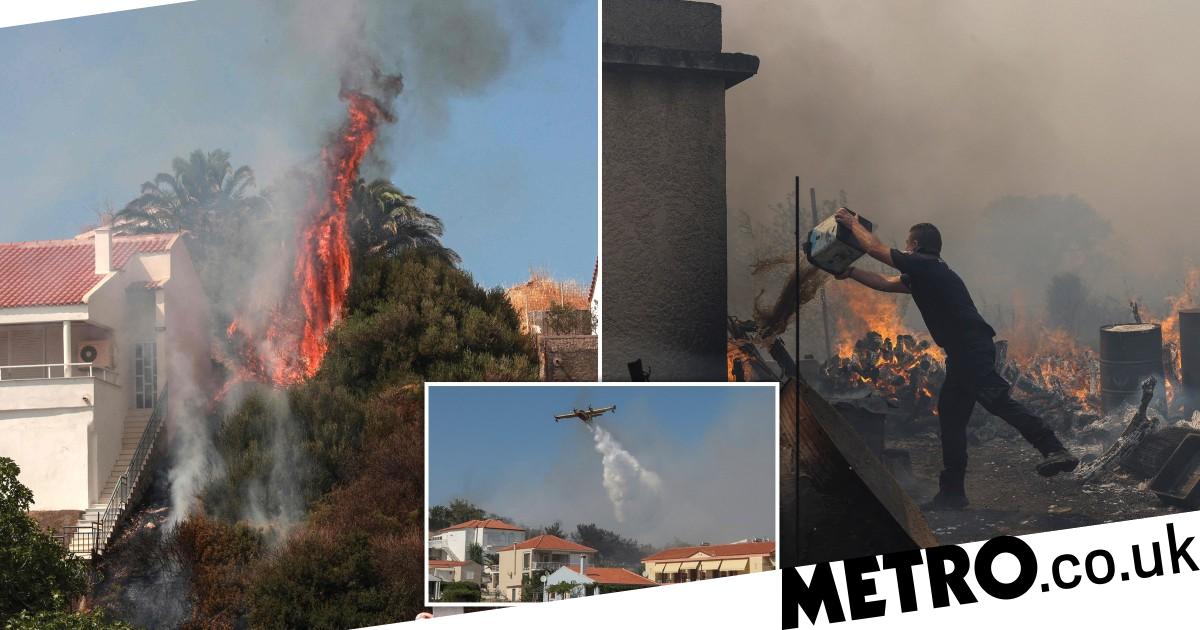 Hundreds of people have been evacuated after a wildfire broke out on the Greek island of Lesbos.

At least 50 firefighters rushed to the beachside village of Vatera, near Turkey, on Saturday morning, with volunteers drafted to help.

Authorities ordered tourists and residents to flee as flames got dangerously close, fanned by strong winds.

‘We are battling to save homes,’ Mayor Taxiarchis Verros told local media.

According to police, 450 people from two hotels and 92 homes left the area.

Officers were also scouring the villages for any locals refusing to move.

He added that 17 fire engines, nine special firefighting planes and one helicopter were deployed to the scene.

Photographs show scorched homes and damage to a beach bar and umbrellas, with smoke still billowing.

One firefighter was also injured as the blaze engulfed Vatera.

Temperatures in the Balkan country have been steadily rising above 40°С, amid fears such terrifying incidents will become more common in the heat.

Although no stranger to wildfires, officials said this summer has been particularly difficult on the emergency services, with fires currently raging in the north, south and east of Greece.

In the north, firefighters and volunteers are battling fast-spreading flames in the Dadia National Park, a protected nature reserve.

Last year saw wildfires ravaging about 121,000 hectares of forest across Greece during its worst heatwave for 30 years.