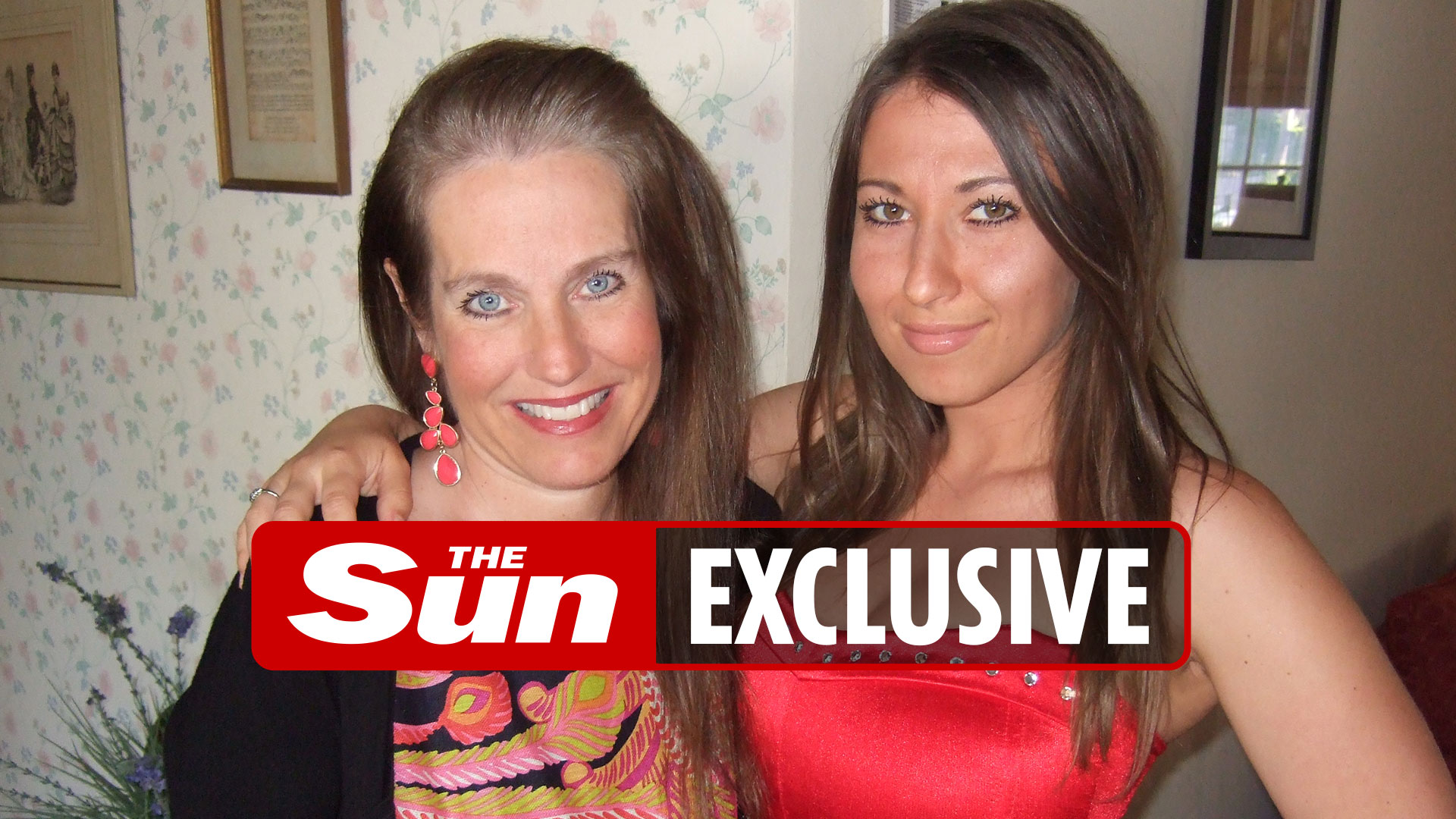 He published stolen pictures of her daughter Kayla and thousands more victims on IsAnyoneUp.com and invited fans to post abusive messages.

The photos were stolen by an hacker working with Moore.

Charlotte believes they may have been used because her daughter was Facebook friends with another girl whose pictures were on the site.

During her three-year campaign to bring Moore to justice, she and her daughter were threatened with rape and murder by his “cult” followers — dubbed The Family like the gang led by Sixties serial killer Charles Manson. 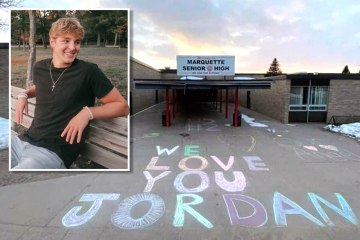 Moore relished the distress of his victims and even posted their distraught pleas to take pictures down on his site for trolls to attack.

New three-part Netflix docuseries The Most Hated Man On The Internet includes interviews with victims, including a trainee nurse who tried to take her own life, as well as detailing Charlotte’s tenacious fight to bring down the vile site.

In an exclusive interview with The Sun, the mum from California says: “Moore gloated that he was ‘pure evil’ and it was all about being, in his own words, a ‘professional life-ruiner’.

“A lot of people on the internet thought he was cool, that what he was doing was innovative and creative.

“The victims were blamed and were called s**ts and wh***s.”

Kayla was working as a waitress with plans to become an actress when a friend called to tell her “multiple pictures” had been posted on the site in January 2012.

The photos, taken in her bedroom and never shared, were stolen after she sent them to her own email because she had run out of storage on her phone.

Sobbing, she turned to her mum for help. Charlotte says: “IsAnyoneUp was a wall of hatred.

“There were attempts to get victims to kill themselves, or calling them fat and ugly.

“It wasn’t just 20-year-old beauties. It was women over 60, people who were overweight, even a blind paraplegic.

“The website brought out the worst in male misogynists. I was freaked out about this happening to my daughter.”

Kayla and Charlotte emailed Moore asking him to take down the pictures, telling him they had been hacked and that he was breaking copyright law, but heard nothing.

Charlotte — married to British lawyer Charles Parselle — contacted his legal team, who claimed that as the content on the site was “user-submitted”, Moore had no legal responsibility and taking down pictures was “against his business model”.

Kayla’s social media details were posted alongside her picture, and she was bombarded with abusive messages.

Moore gloated that he was ‘pure evil’ and it was all about being, in his own words, a ‘professional life-ruiner’ A lot of people on the internet thought he was cool

Charlotte recalls: “My daughter locked herself in the room and shut herself off from all social media.

“She was distraught, convinced this would destroy her life.”

Charlotte says police refused to help, but she wouldn’t give up. She contacted Moore’s advertisers, publicist and domain hosts in a bid to pressure him to take the post down.

She even tried to track down his mum at her workplace, but she had left the company.

While Kayla and thousands of other victims suffered, Hunter boasted about his activities.

In a video explaining why he wanted to humiliate women, he said: “It all started with me hating some dumb bitch who broke my heart.

“Me and my friends were posting girls on IsAnyoneUp and we got a bunch of traffic one day and I was like ‘Yo, I can make a lot of money from ties and f*ing people over’.”

Moore, who claimed to be making £17,000 a month, also gained a cult following, manipulating his “children” into providing ever more extreme content — including being filmed punching themselves in the face.

As Charlotte’s campaign against Moore gathered momentum, his followers bombarded her with abuse, including rape and death threats.

Charles, who had advised Charlotte to drop the matter thinking it would go away, now decided to act, threatening to take Moore to court.

Within 30 minutes, Kayla’s picture was taken down — but Charlotte carried on fighting for other victims.

She says: “Moore used Charles Manson’s language. I saw comments like ‘I will kill for you, Father’ many times on his website. I had to get locks for my gates. Kayla and I slept with metal bars under the bed.

“Two days running we had a stalker sitting in a car outside the house. I think he was trying to hack into the wifi network.

“I confronted him and he freaked out and zoomed away, almost hitting our neighbour’s wall.”

In the meantime the FBI had begun to investigate the hacking claims, after being handed a file of evidence gathered by Charlotte.

AnyoneUp was a wall of hatred. They tried to get victims to kill themselves. The website brought out the worst in men. I was freaked out about it happening to my daughter

Spooked, Moore agreed to sell the site for £12,000 to McGibney, who shut it down and redirected users to an apology on his Bullyville site.

Moore’s followers, furious that Charlotte had managed to shut him down, intensified their threats.

When the FBI probe looked like it had lost momentum, Moore promised to launch a new version of his site, boasting: “It’s going to be the scariest thing on the internet.”

Charlotte says: “Moore threatened to bring back the site and republish all the photos but with home addresses and driving directions to each person’s house.”

She hit back by publishing Moore’s home address on Twitter.
He lashed out, threatening to troll her “hard” and repost Kayla’s photos.

Charlotte began receiving terrifying calls on her landline — and soon after, Underground hackers Anonymous offered to protect her.

She says: “They began targeting Hunter Moore and he suddenly became very quiet.”

The group took down Moore’s servers, deleted his social security number and wiped content he had in storage so he couldn’t repost it.

They also hacked into his bank account and transferred money to a women’s shelter, shipped hundreds of sex toys to his house and declared him dead in the State of California.

In the meantime, the FBI confirmed Kayla and other victims’ emails had been hacked and a secondary email, in the name of Gary Jones, was added.

They discovered emails that proved an individual named Charlie Evens, who lived in the California neighbourhood of Studio City, was being paid to hack into women’s accounts and steal photos.

Moore was arrested and in December 2015 was jailed for 30 months for hacking and copyright theft. He was released in 2017.

He was also banned from social media ­— and without it, Charlotte says, “Hunter Moore is nothing.”

She adds: “I was happy when he was arrested, because he had always denied hacking and his followers maintained that it was a lie I made up to protect my daughter.

But he got a very light sentence and in the only interview he’s done since, he has the same negative attitudes towards women.

“I think he wants to stay out of prison, so hopefully we’ve seen the last of him.”

Real estate agent Kayla says she will carry the trauma of her experience for the rest of her life.

She says: “Hunter Moore hacked so many women.

“Then he got to me, and along with me comes my mum. My mum is not a woman you want to cross.”

How to nail an abuser

Sharing a private sexual image or video – online or offline – without the consent of the person on camera is punishable by up to two years in prison.

Victims can take immediate steps to regain control of the situation.

These include taking screenshots of all evidence – whether it is of the content itself or messages from the perpetrator – and reporting the crime to the police by calling 101.

You can also email the service on help@revengepornhelpline.org.uk. 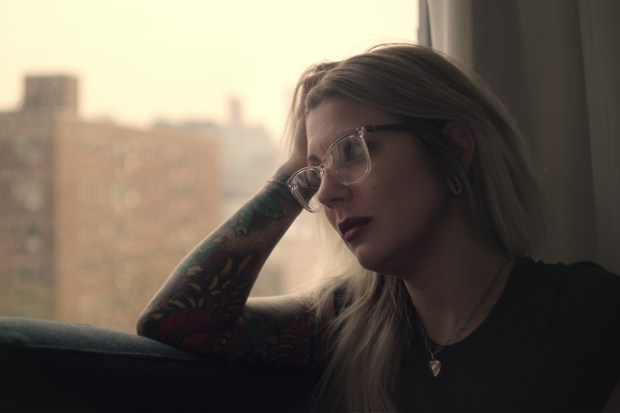 CARA, a 22-year-old trainee nurse from Buffalo, New York, is one of the victims Charlotte reached out to.

She was hacked and a topless image posted on Moore’s site, next to her name, address, social media links and phone number.

She tells the documentary the vile comments from users were “demeaning and degrading”.

Numerous messages to Hunter, telling him the post was “ruining my life”, were in vain.

She says: “I wasn’t sleeping.

“It was all I could think about and it was just draining me of my self-esteem, my self-worth.

“It spiralled very quickly for me.”

In desperation, Cara took an overdose of prescription medicine and barricaded herself in the bathroom, but was saved by a flatmate and taken to intensive care.

When Charlotte got in touch to offer help, Cara says it gave her “hope”.

She says: “There was one side of the internet going ‘Yay Hunter, you’re doing amazing’, when actually he was doing a lot of damage.”

For confidential support, log on to samaritans.org or call the Samaritans on 116 123.