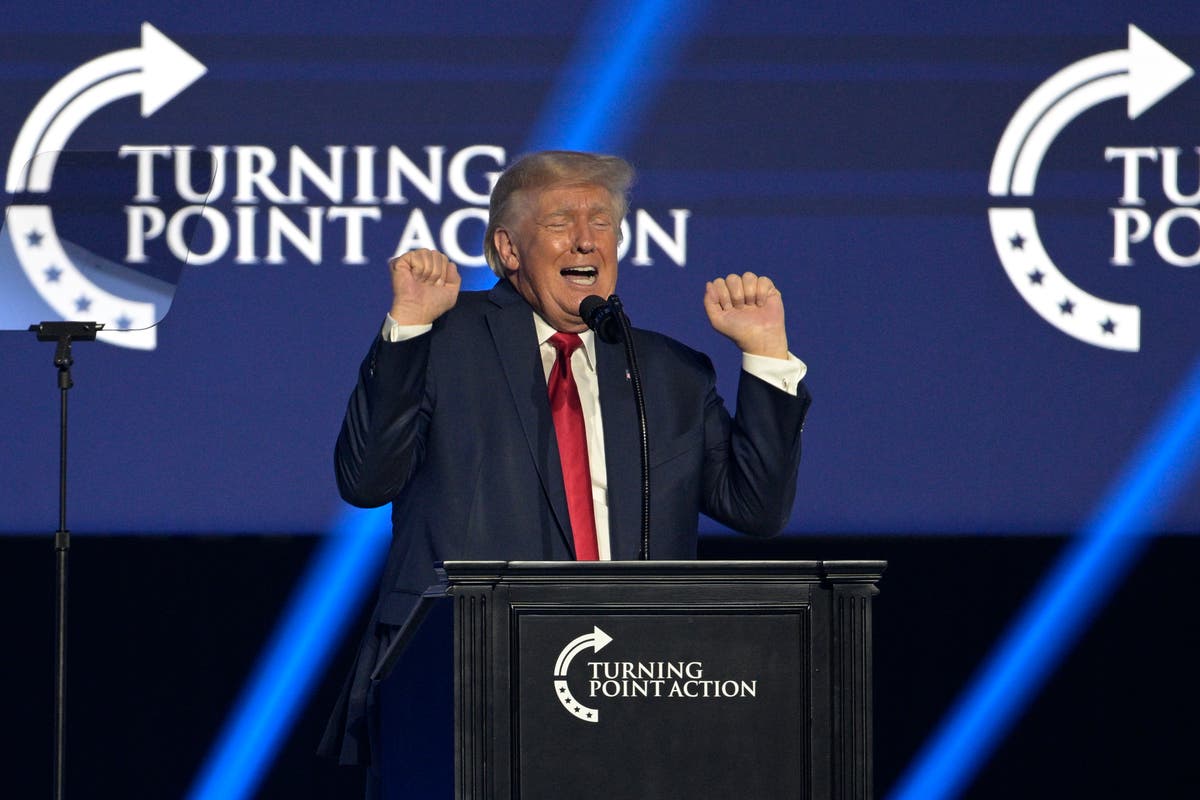 Following the eighth public hearing of the January 6 committee’s investigation into events before and during the Capitol riot and the central role of Donald Trump, the former president told a conference of right-wing student activists that a friend had described him as “the most persecuted person in the history our country”.

Speaking at the Turning Point USA Student Action Summit in Tampa, Florida, on Saturday, he continued: “I never thought of it that way. I never had time. I was always fighting these people that were trying to persecute me.”

“I didn’t have time to think about getting persecuted because I was fighting persecution,” he added, “Certainly, there’s been no politician or president treated like I’ve been treated.”

Mr Trump made a similar claim in a Friday night speech at a “Save America” rally in Arizona.

In a wide-ranging speech to the student summit on Saturday night following a WWE-style entrance onto the stage, the former president ran through his well-worn list of gripes about the climate crisis, the media, trans people, and his ambivalence to Nato.

He also told the crowd that while in office he had wanted to award himself the Congressional Medal of Honor — the highest award for military valor in action — but was told it was not appropriate.

“As President, I wanted to give myself the Congressional Medal of Honor but they wouldn’t let me do it… They said that would be inappropriate,” he said.

In one moment that enthused the crowd, the former president, returning to his own perceived persecution, said: “If I announced that I was not going to run for office, the persecution of Donald Trump would immediately stop. That’s what they want me to do.”

“But you know what? There’s no chance I do that,” he said to screams and cheers from the audience.

“Where does it stop? Where does it end?” he said of the House investigation. “Never forget: Everything this corrupt establishment is doing to me is all about preserving their power and control over the American people, for whatever reason. They want to damage me in any form so I can no longer represent you.”

“If I announced that I was not going to run any longer for political office, the persecution of Donald Trump would immediately stop,” he said.

“They’re coming after me because I’m standing up for you.”

Also on Friday, the crowd — otherwise enthusiastic about Mr Trump and his favourite candidates in the upcoming midterm elections — reacted negatively when he mentioned Eli Crane, who is running in the Republican congressional primaries.

“And a highly respected man, just endorsed by me today, future congressman for the 2nd District, Eli Crane,” Mr Trump said. Within seconds the booing began.

The former president looked somewhat taken aback by the reaction and awkwardly smiled while looking towards the source of the noise.

“But you like me, right?” he managed to say with a chuckle.