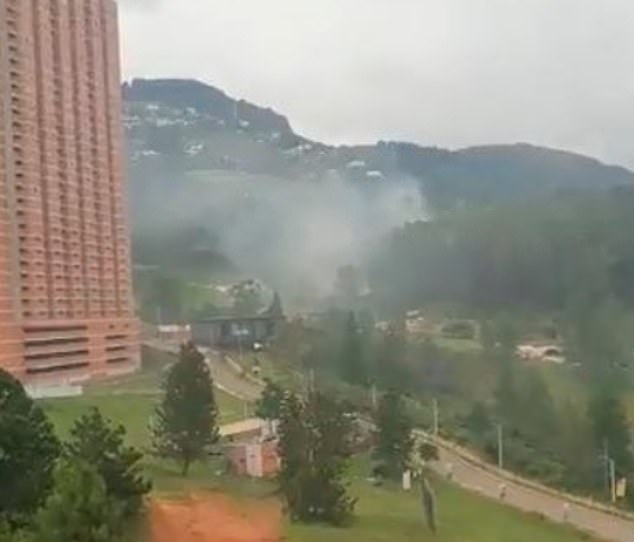 Town is swamped by giant MARIJUANA cloud after Colombian police burn 1.5ton of seized drug… but do not allow for the wind

By Adam Solomons For Mailonline

Police in a Colombian drug capital were forced to reassure the public after 1.5 tonnes of incinerated marijuana formed a cloud over the city.

Residents in Medellin suburb Bello described a ‘tremendous smell of marijuana’ after cops burned stockpiles of the confiscated drug early on Tuesday.

But as the day became windier, the cannabis smoke began to drift across the city, engulfing Bello locals in the distinctive smell.

One social media user wrote: ‘Several apartment towers had to be evacuated because of this little joke.

‘Congratulations to the Army and the National Police.’

The Mayor’s Office swiftly clarified that the rising vapour was ‘not a fire’.

Officers from the National Police, the Army and the Fire Department, plus personnel from the Attorney General’s Office were all involved in the controlled incineration.

Resident Edilberto Castaño told Caracol TV: ‘We felt a very horrible smoke coming out of the battalion, a tremendous smell of marijuana that stopped everyone.’ 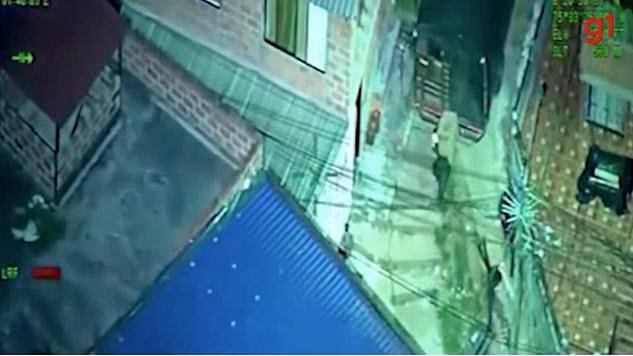 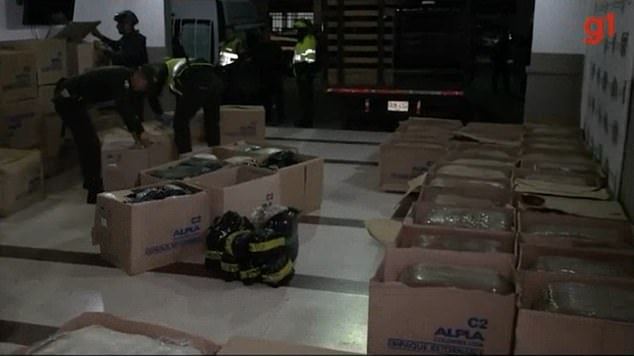 They added that the shipments’ owners fired shots at officers in a last-ditch attempt to protect their product.

It was said the marijuana would be ‘dosed, distributed and sold in the vice squares’ of the city’s El Mirador neighbourhood.

The incineration followed the seizure two weeks ago of more than a ton of marijuana in capital city Bogota.