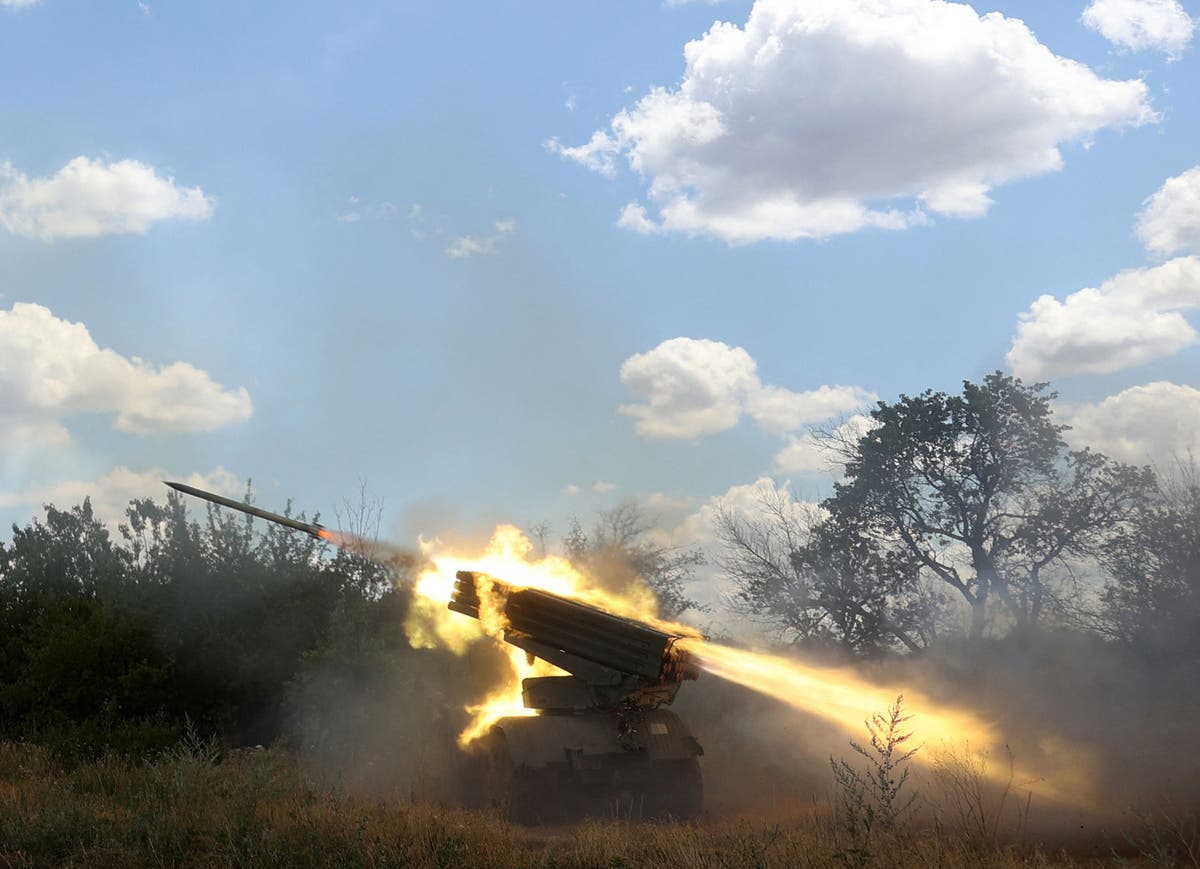 Russia has charged 92 Ukrainian soldiers for alleged “crimes against the peace and security of humanity”, the head of an investigative committee has announced.

Alexander Bastrykin told Rossiskaya Gazeta that the charges were part of a wide-ranging criminal probe into the conduct of Ukrainian troops and their commanders.

The Ukrainians were involved in “crimes against the peace and security of humanity, which have no statute of limitations,” Mr Bastrykin said.

He also raised the prospect of an international tribunal deciding the fate of the soldiers – backed by Bolivia, Iran and Syria – who he said demonstrated “an independent position on the Ukrainian issue based on the norms of international law”.

The move could be seen as a response by Moscow to Ukraine’s attempts to prosecute Russian forces for crimes against humanity. Kyiv said it was investigating more than 21,000 war crimes and crimes of aggression committed by Russian forces since the start of its invasion.

The US and more than 40 other countries, earlier this month, also agreed to coordinate investigations into war crimes in Ukraine.

Antony Blinken, the US secretary of state said in March this year that “the US government assesses that members of Russia’s forces have committed war crimes in Ukraine”.

As well as the 92 people charged by Russia, many others are on Moscow’s wanted list, said Mr Bastrykin, including 51 commanders.

Russia had looked at those involved in the shelling of Donbas, he added.

“In the course of a preliminary investigation, over 220 people have been identified as being involved in the crimes against peace and security of mankind and this figure includes representatives of the Ukrainian military high command as well as commanders of military detachments, who bombarded civilians,” he said.

Russia’s Ukraine invasion has entered its sixth month and the Donbas region has seen some of the worst fighting.

The Independent has a proud history of campaigning for the rights of the most vulnerable, and we first ran our Refugees Welcome campaign during the war in Syria in 2015. Now, as we renew our campaign and launch this petition in the wake of the unfolding Ukrainian crisis, we are calling on the government to go further and faster to ensure help is delivered. To find out more about our Refugees Welcome campaign, click here. To sign the petition click here. If you would like to donate then please click here for our GoFundMe page.