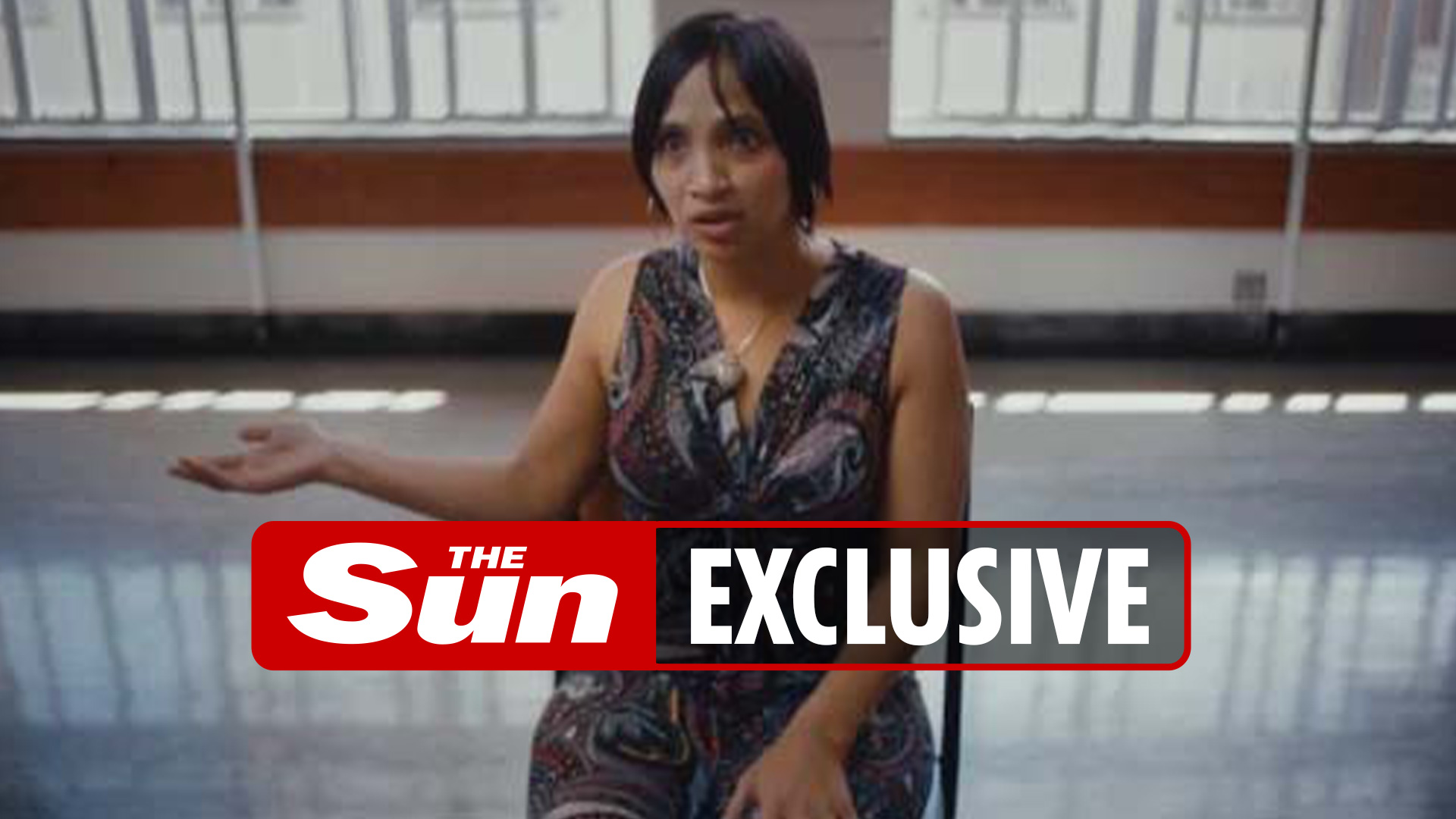 GAZING at her newborn daughter, young mum Celeste Nurse felt a rush of love and thought excitedly of the beautiful nursery she’d decorated for her new arrival.

But two days later, on April 30 1997, her world fell apart when a woman posing as a nurse picked up baby Zephany and calmly walked out of the Cape Town hospital as Celeste slept.

Despite frantic searches and a nationwide police hunt, it would be 17 years before she would see Zephany again – when a bizarre twist of fate brought them together.

Tragically, the joyful reunion led to more heartache for Celeste and husband Morné, as Zephany – now known as Miché –  took the side of kidnapper Lavona Solomon, who had raised her as her own and was jailed for ten years over the crime.

Now, in an emotional interview ahead of the documentary Girl Taken, which streams on Paramount+ from today, mum-of-four Celeste opens up about the heartbreak of losing her first-born child not once but twice.

“When she was taken from hospital, it felt like somebody had ripped the heart out of my chest,” she says. 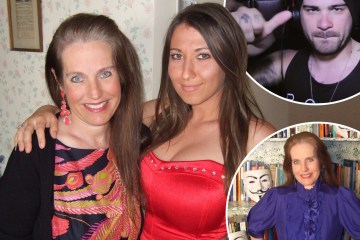 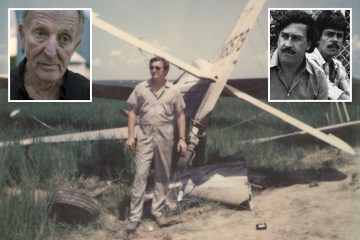 “The saddest part was when I arrived home and saw the cot standing empty, the bottles unfilled, the toys and the nappy bag. I collapsed on the floor and just broke down.

“I was supposed to come home with my baby and the baby wasn’t there.

“Even talking about it today, I get a feeling of fear, heartache, sadness and a sick feeling in my stomach.”

Although they never gave up hope, the tragic loss also caused the couple’s marriage to break down.

Celeste, 43, is now rebuilding her relationship with Zephany and reveals they had a breakthrough this month when kidnapper Lavona finally confessed the truth, after years of denial.

“It’s extremely difficult when your own child rejects you,” says Celeste.

“I was devastated because I lost my daughter all over again.

“But we are in an ongoing relationship and there’s now a completely different feeling to what we had a few months ago. I love her so much, like I love all my children, and it’s going to blossom.”

Celeste fell pregnant at 17, just a few months after meeting “soulmate” Morné – then 18 – and the pair wed six months later.

Despite their youth, the pair were overjoyed to become parents and Celeste says she remembers the moment she first held Zephany in her arms as clearly as if it were yesterday.

“She looked like little Simba, from the Lion King, and it was the most extraordinary, amazing day of my life,” she says.

As Zephany was delivered by emergency caesarian, in Cape Town’s Groote Schuur Hospital, Celeste was given morphine for the pain, which made her drowsy.

Through the haze, she remembers the baby crying and a woman in a nurse’s uniform asking if she could pick her up.

Celeste then fell asleep and was woken by another nurse asking “where is your baby?” Before long, they realised Zephany had been abducted and all hell broke loose.

“At first I thought ‘this can’t be real’,” she says. “We ran down the stairs, searching every floor but she was nowhere to be seen – the baby was gone. I was hysterical and no one could calm me down.”

By the morning, police had put out a plea to the kidnapper to hand the baby back, appealing to the public for tip-offs.

Still not fully recovered from her operation, Celeste had to endure two more days in the maternity ward.

“I was surrounded by babies crying every night,” she says. “I couldn’t handle it. I needed to get home. I needed to find my child.”

Despite a number of false leads, the couple refused to give up hope, even holding a birthday party for Zephany every year.

“At night I’d hear noises made by the neighbour’s cat and think my baby had been left outside the door,” Celeste says.

“I would ask mums walking with prams if I could look at their baby and every time I saw kids of Zephany’s age I’d speak to the mum. Some parents didn’t like it but, once I explained, most were kind and understood.”

Initially reluctant to have more children, and terrified of giving birth at hospital, Celeste and Morné went on to have daughter Cassidy, born in 2001, then son Joshua, in 2006 and another daughter Micah, in 2007.

But Celeste admits her children could never have a “normal childhood” because they were afraid to let them out of their sight.

Although initially united in grief, the couple blamed each other for their loss and eventually split in 2015, shortly before Celeste was diagnosed with cervical cancer and began a gruelling course of treatment.

“That was one of the worst times of my life,” she says. “Every day I prayed I wouldn’t die before I found my daughter.”

In the same year, an extraordinary quirk of fate led the family to their lost girl.

Cassidy, then 14, had just transferred to Zwaanswyck High School when she was told by several pupils and teachers that she looked the spitting image of an older pupil called Miché Solomon.

When the pair bumped into each other, they felt an instant connection and became close friends, despite the age gap, with Cassidy sharing the family tragedy with her.

Miché tells the documentary: “I felt a sense of protection over her, like a big sister because I could pick up that that was what she needed.

“Because of everything she told me, I felt that I could be that for her.”

Seeing a selfie of Cassidy and Miché, in which they looked almost identical, Morné began to believe she could be his missing daughter and, after she told him she was born on April 30 1997, he was convinced.

The couple informed the police who found there was no entry for Miché Solomon on the birth register for that date and no record of her birth at any local hospitals.

The 17-year-old was called into the headmaster’s office where social workers told her she might be the Nurses’ missing baby and that her “mum” Lavona was actually her kidnapper.

“I had no doubt that this was a lie because that’s how much I believed in my mum,” she says.

However, a DNA test quickly proved she was Zephany – and Lavona was arrested and charged.

Bewildered and confused, Zephany was reunited with her biological parents on February 25, 2016.

“I’ll never forget that day, when I saw my daughter again for the first time,” says Celeste.

“I just completely choked up. I didn’t see the 17-year-old child. I saw my three-day-old baby and I broke down in tears.  Everyone was crying, even the social workers.

“She stared at me thinking, ‘What is wrong with this woman?’ and she when I hugged her she didn’t really hug me back.

“I thought, ‘This is where the pain is going to start. This is we everything is going to be torn apart inside myself.’

“There was always a possibility I’d have to let her be with the other family and cut all ties because this was so hard for her.”

Lavona denied the kidnapping, telling police she had bought a baby for 3,000 Rand – around £150 – from a woman who handed her over at a train station.

She had earlier suffered a miscarriage and had not told husband Michael, who believed the girl they raised together was his.

When Lavona was jailed, in March 2016, Zephany turned her back on her biological parents. Celeste says she understands.

“At the time we were at our worst,” she says. “I was diagnosed with cancer and was having treatment and we were arguing constantly. We were divorced and living with different partners.

When Zephany released a book in 2014, which was highly critical of Morné, Celeste says she was “heartbroken.”

But in 2017, Zephany became a mum herself, to daughter Sophia – and a thaw set in.

“Once I saw Sophia, my first grandchild, she was such a beautiful baby and I was so excited so all the negative emotions just disappeared. I’m so in love with Sofia,” says Celeste.

“My relationship [with Zephany} also started building because she learned the responsibilities of becoming a mum, how it feels to give birth and to experience that emotion with Sophia.

“She told me, ‘Mummy, I never knew being a mum would be such a beautiful thing. To have somebody come and taken Sophia away – I don’t know what I’d do. So she understands me more.”

As the family began to heal, Celeste and Morné also reunited and, in 2020, they tied the knot for a second time.

Now a grandmother-of-four, and cancer free, she crossed another hurdle earlier this month at a parole hearing for Lavona – where finally confessed to Zephany.

“I was worried about coming face to face with Lavona again but Zephany was there, and she told her, ‘I’m here to support my biological parents’, which left me in tears,” she says.

“Lavona was so cold, there was no remorse. But she said she understood and that day, she finally admitted she was the woman who walked out of the hospital with my baby.

“It was like something heavy was lifted off my shoulders because now my daughter knows the truth and it’s coming from the horse’s mouth.

“After the hearing, Zephany said ‘I’m sorry, Mummy. I love you so much’. We just held each other and she wouldn’t let me go.

“Then I told her ‘You are not Miche Solomon, you are Zephany Joy Nurse. The Zephany I gave birth to has been silenced for too long by this woman – and it’s time to take your name back and live your life.

“From that moment, everything completely changed. I found my baby girl.”

Girl, Taken, is available to stream on Paramount+ now