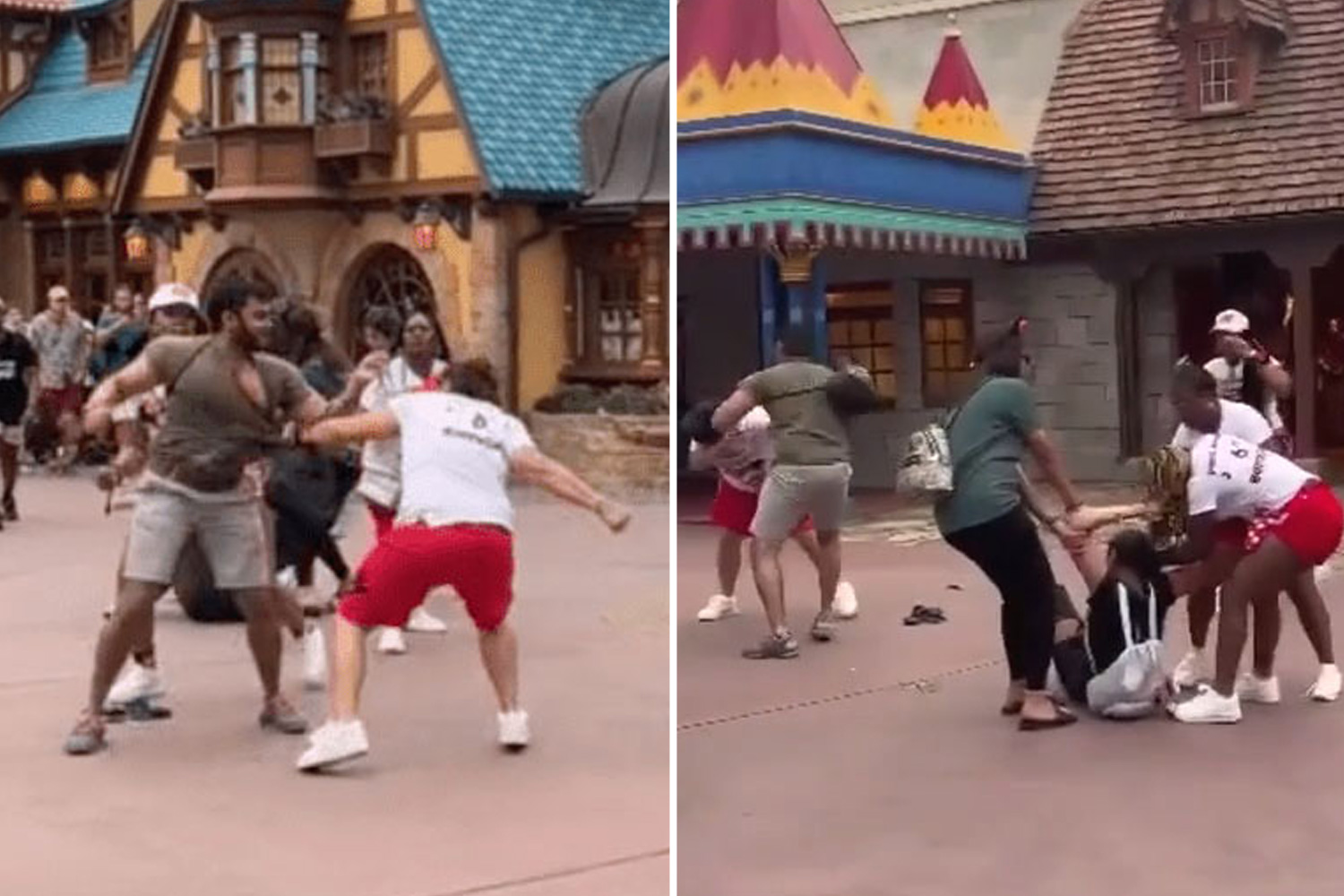 THIS is the dramatic moment a massive brawl erupted between two families at Disney World as they rowed over line cutting at the theme park.

Footage of the fight went viral after two families started swinging at each other on the fairy tale street of the world famous resort.

The incident led to several arrests and an entire family to be slapped with a lifetime ban, while one man was hospitalised with lacerations to his face.

The tensions began when a woman realised she had left her phone on an electric scooter and briefly left the line to the Mickey’s PhilharMagic theatre.

But things escalated when she was stopped from re-joining by another group.

The two began arguing when she tried to find her family in the queue, leading the family to start pushing and shoving the woman – reports WDWNT.

Her brother then stepped in, and says he told the family: “Listen, man, we don’t want trouble – we don’t appreciate you guys pushing my younger sister.”

The brawl erupted when the woman was the first to be assaulted, which led both families to come to blows as visitors filmed the mayhem.

A man was taken to hospital with a large cut across his chin, while several of those involved also received minor injuries.

Footage shows the groups being separated two of Disney’s cast members as shocked onlookers attempted to protect their kids from the commotion.

In the end, both groups were escorted to separate Disney security locations to give statements, with two individuals reportedly arrested.

Orange County Sheriffs, the Reedy Creek Fire Department, and paramedics all rushed to the scene shortly after to help cool off the situation and treat wounds.

Ugly scenes like these are becoming increasingly common at Disney parks in recent years.

The Florida park has reportedly experienced more than a half dozen incidents this year alone, with last week’s mass brawl the second reported at the Magic Kingdom in the last three months.