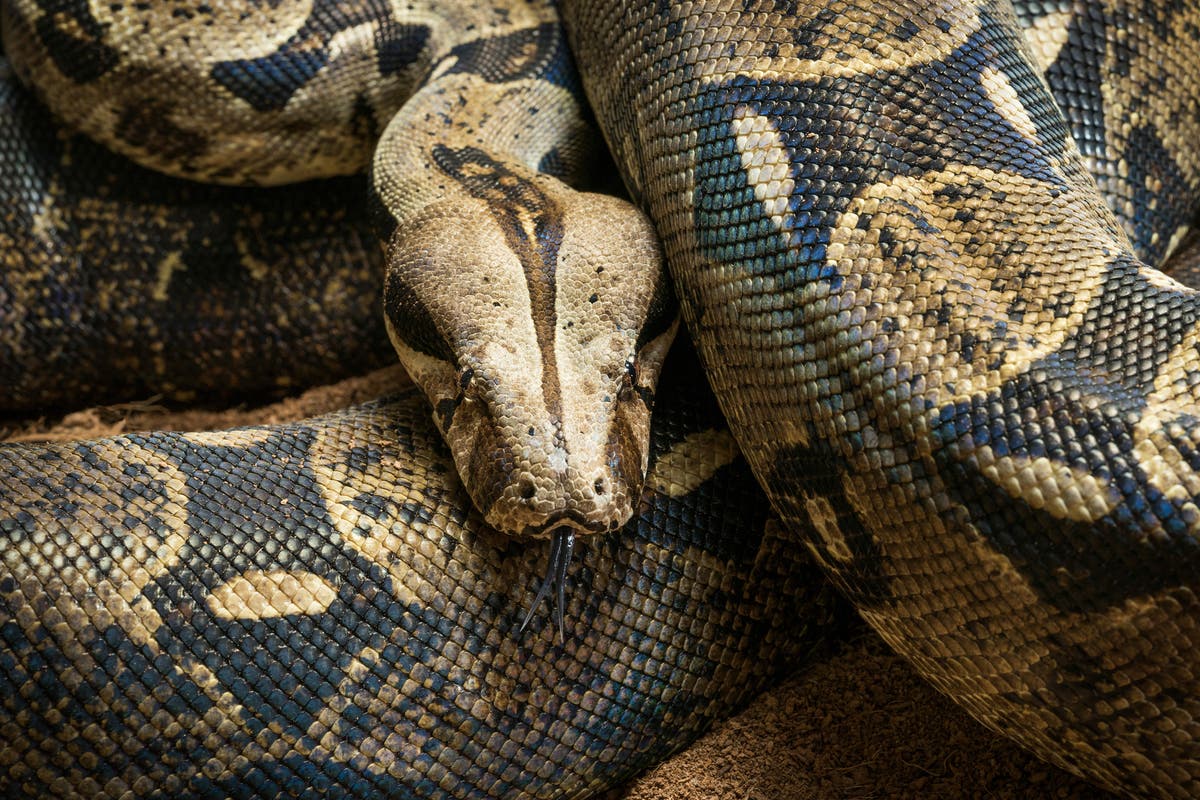 A man in rural Pennsylvania died after his massive pet snake constricted him to death, according to local officials.

Elliot Senseman, 27, of Upper Macungie Township, was pronounced dead in an area hospital on Sunday, after suffering from what the Lehigh County Coroner’s Officed deemed accidental asphyxiation that caused an anoxic brain injury.

Police were called to Senseman’s home by a family member on Wednesday afternoon, finding the 27-year-old unresponsive with his 18-foot boa constrictor wrapped around his body.

The snake’s head was far enough away from the man that officers decided to shoot the animal.

“It’s one of those situations where the officers don’t have the time, the liberty to ask a lot of questions,” Upper Macungie Township Police lieutenant Peter Nickischer told The Independent. “They have to act right away and then it’s a matter of, OK, let’s get this person into the ambulance as soon as possible.”

The police lieutenant said in his 19 years doing police work, he’s seen “nothing like this” and that the snake, which eventually died, was “very long, very thick.”

The creature reportedly did not die instantly and slithered away before it was euthanised.

Family members told The Daily Beast that Senseman was an experienced snake handler who was looking after three reptiles whose owners could no longer care for them. The snake that bit him was especially combative, believed to have been mistreated in the past.

“This particular snake was aggressive, and that was one of the issues,” the family member said “With the way that this snake attacked him and how aggressive it became, it wasn’t reacting normally.”

Others have offered a different interpretation of what happened.

Rudy Arceo, of Schuylkill County’s Venom Institute, told the Morning Call that snakes maintain their grip by wrapping themselves around whatever is holding them.

“If you put this snake around your neck, and you’re walking around hanging out with it or whatever, they will wrap around and they’ll just basically try to maintain balance,” he said. “And unfortunately, if you’re not paying attention, they can get around your neck, and then when you try to actually push-pull away from it, it can be really difficult.”

Neighbours told WPVI that Senseman was often seen in the yard of his home, holding a snake. Others said they saw multiple snakes in the widow.

Such deaths are extremely uncommon.

Only 17 people were killed by large constrictor snakes in the US between 1978 and 2013, according to the Humane Society.