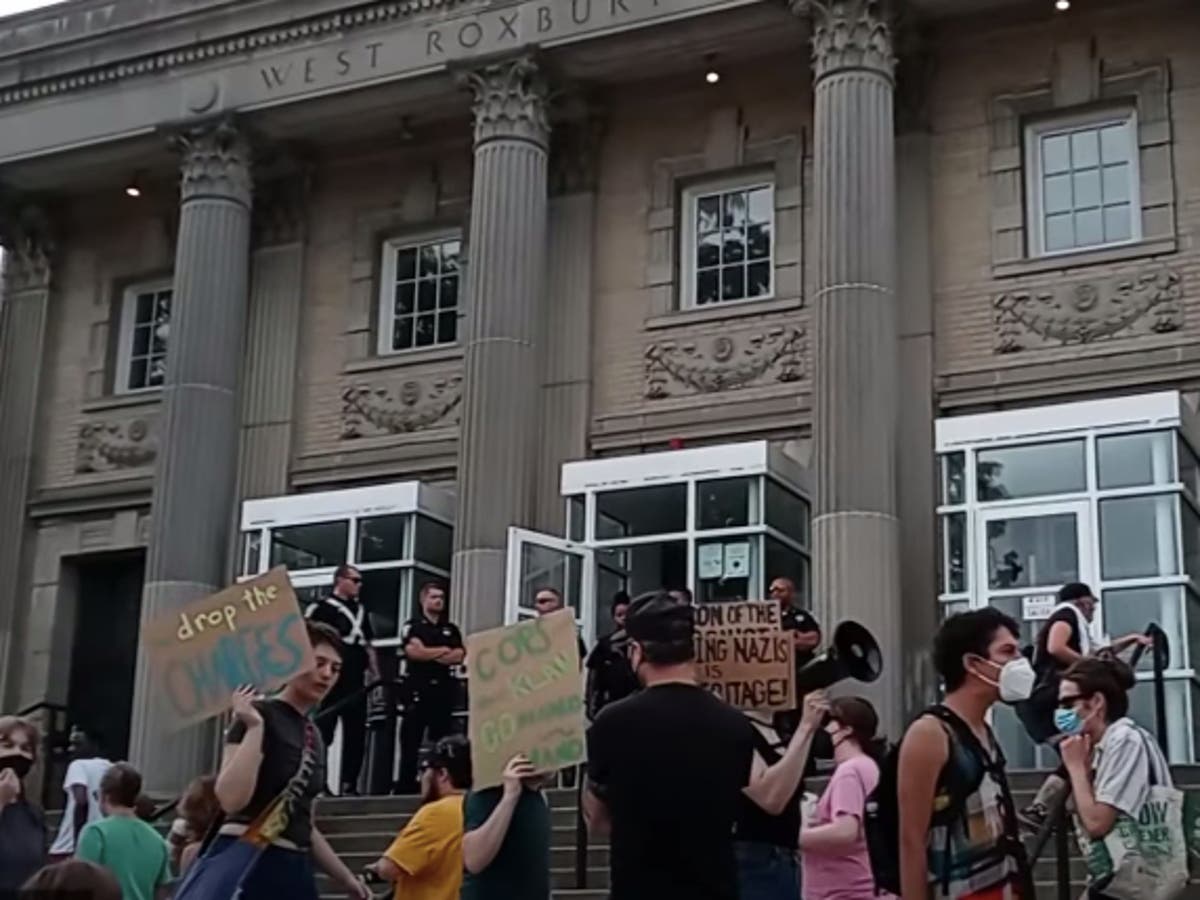 A scuffle broke out outside the West Roxbury District Court in Boston where the leader of a neo-Nazi group was facing a judge for disrupting an LGBTQ event over the weekend.

Twenty-three-year-old Chris Hood of Pepperell was arraigned on a charge of fighting in public. He was also ordered to stay away from two counter-protesters who were also arrested over the weekend for trying to keep him from interrupting Saturday’s event at the Loring Greenough House in Jamaica Plain.

On Monday, the prosecutors dropped all charges against the counter-protesters, it was reported.

But a supporter of the counter-protesters was arrested after getting into a scuffle outside the courthouse with Mr Hood’s supporters.

The arrest was called “unjustified” by some of the counter-protestors, claiming that the person was shoved down the steps by one of Mr Hood’s supporters.

There was a heavy police presence outside the court on Monday and reports said that the leader of a New England-based neo-Nazi group was heckled by LGBTQ+ supporters as he left the court.

He is scheduled to return to court in September.

Suffolk District Attorney Kevin Hayden said on Monday that he is adding civil rights prosecutors at the district and superior court levels due to a rise in white supremacist activity in Boston, including Saturday’s neo-Nazi gathering in Jamaica Plain and a Patriot Front march held over the Fourth of July weekend.

He also mentioned a neo-Nazi protest at Brigham and Women’s Hospital in February and one at the St. Patrick’s Day parade in South Boston in March.

US Attorney for Massachusetts Rachael Rollins had announced that she is planning to launch a new hotline that people can call to report white supremacist activities. She said: “I will be announcing a dedicated number for the community to call in the coming weeks. We need to expose these cowards.”

Meanwhile, one supporter of counter-protestors who were arrested over the weekend told local news that “we are here to support the people that were arrested when they were actually engaging in self-defence against white supremacists and Nazis.”

Boston Mayor Michelle Wu said in a statement that “it’s no coincidence that these cowardly groups from outside our city continue to target Boston as we showcase how representative leadership, empowered communities, and bold policies can have an immediate impact”.

She added: “We are prepared and will not be intimidated in our work to make Boston a city for everyone.”