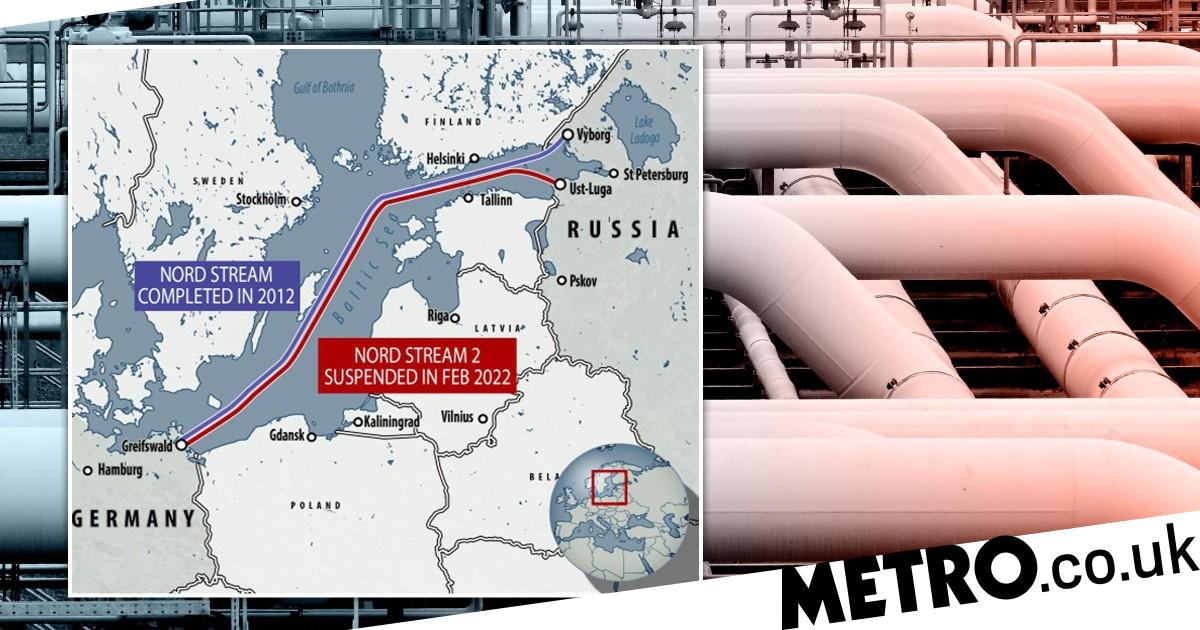 Ukraine has accused Moscow of inflicting ‘terror’ on Europe by once again cutting gas supplies to Europe.

Russian energy giant Gazprom says it is reducing gas flows from the Nord Stream 1 pipeline into Germany to about 20% of capacity.

The state-owned company says this is to allow work on a turbine, but Berlin has said there is no technical reason to limit the supply.

Already the pipeline has been running below capacity for weeks, putting more pressure on EU countries to reduce their dependence on Russian energy.

Earlier this month Nord Stream 1 was shut for a 10-day maintenance break, fuelling fears that supplies would not resume at all.

They restarted five days ago at a reduced capacity, and now Gazprom are cutting supplies to around half of current levels.

Ukrainian President Volodymyr Zelensky said: ‘The gas blackmail of Europe, which only gets worse every month, is needed by a terrorist state to make the life of every European worse.’

This could prompt end-users to swap their gas for oil products, particularly diesel, but Russia supplies most of the region’s diesel fuel – the price of which is expected to rise.

EU energy ministers have deliberated over a draft law that would require member states to cut demand for natural gas by 15% from August through March.

This would entail voluntary steps to reduce gas consumption and, if they aren’t effective enough, mandatory curbs could be imposed on the 27 member states.

‘The winter is coming and we don’t know how cold it will be,’ said Czech Industry Minister Jozef Sikela.

‘But what we know for sure is that Putin will continue to play his dirty games in misusing and blackmailing by gas supplies.’

The European Commission, the EU’s executive arm, is pressing the ministers to reach an agreement less than a week after rushing out the rationing proposal.

‘We have to be ready for the possible supply cuts from Russia at any moment,’ said European Energy Commissioner Kadri Simson. ‘We have to act right now.’