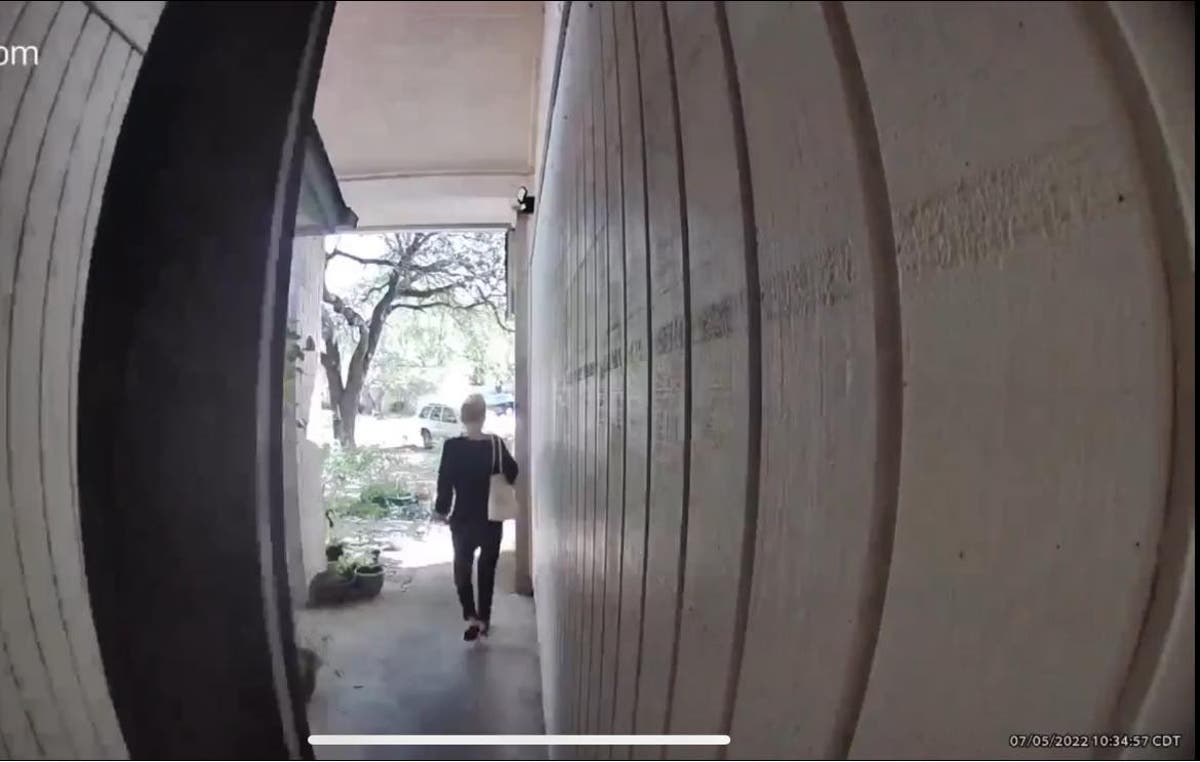 The Texas mom who went missing earlier this month and was last seen on her doorbell camera hurrying from her home to work was found dead in the passenger seat of her car, just miles away from where she lived.

On Saturday evening at approximately 6.45pm, a security guard told authorities that he smelled a foul odour coming from one of the cars in the parking lot of the Medical Center Shopping Plaza in San Antonio. When he approached the vehicle where the suspicious smell was emanating from, he discovered a dead body in the passenger seat of the 2020 Nissan Rogue.

Christina Powell, 39, was later named as the victim by San Antonio police after the responding officers were able to positively identify the missing Texas mom using the contents of her purse, according to the Fort Worth Star-Telegram.

The young mother’s car had reportedly been parked inside the lot for “about a week” and the windows were sealed shut, the San Antonio Police Department told Fox News Digital in an email.

There were no apparent signs of trauma, the force added.

Three weeks earlier, on 5 July, the 39-year-old mother had been reported missing after she’d failed to show up to her office where she worked as a paralegal.

Doorbell camera footage showed the last moments that Powell was seen alive, in what her friends and family characterised as a “bizarre” disappearance.

“My sweet daughter Chrissy Lee is missing. She left here Tuesday morning on her way to work. She never made it to work and we haven’t seen or heard from her since,” wrote Ms Cowell’s mother, Claudia Mobley, in a social media post just hours after her daughter hadn’t shown up for work. “If anybody has any information, please let me know. I love her and miss her. Keep us in your prayers.”

Family members and friends were initially flummoxed by Powell’s abrupt seeming disappearance, particularly since she’d left behind essential items – such as her iPhone and iWatch – as well as ones that were vital to her survival – including medication.

Police officers told Fox News Digital that there were no apparent signs of injury that Powell suffered and shortly after medical personnel had responded to the scene – located just a 10-minute drive from the victim’s home in Red Hill Place – they were able to pronounce her dead.

An autopsy is being carried out by the Bexar County Medical Examiner’s Office as no cause of death has been released yet.

Ms Mobley confirmed her daughter’s death in a follow-up Facebook post shared on Monday morning, writing: “My beautiful daughter, Christina Powell, has been found, deceased. I am heartbroken. Thank you all for your prayers.”

Powell, who also went by “Chrissy”, was last seen rushing out of her home on Tuesday 5 July after she’d reportedly told her mother, who she also lived with, that she was running late for work.

After not arriving at her office, Ms Mobley reported her daughter missing after finding that the 39-year-old had left behind some of her essential items, in addition to medication that police later described in her missing person flyer as being used to treat a medical condition that requires doctor care.

The Independent reached out to the San Antonio Police Department but did not hear back immediately.