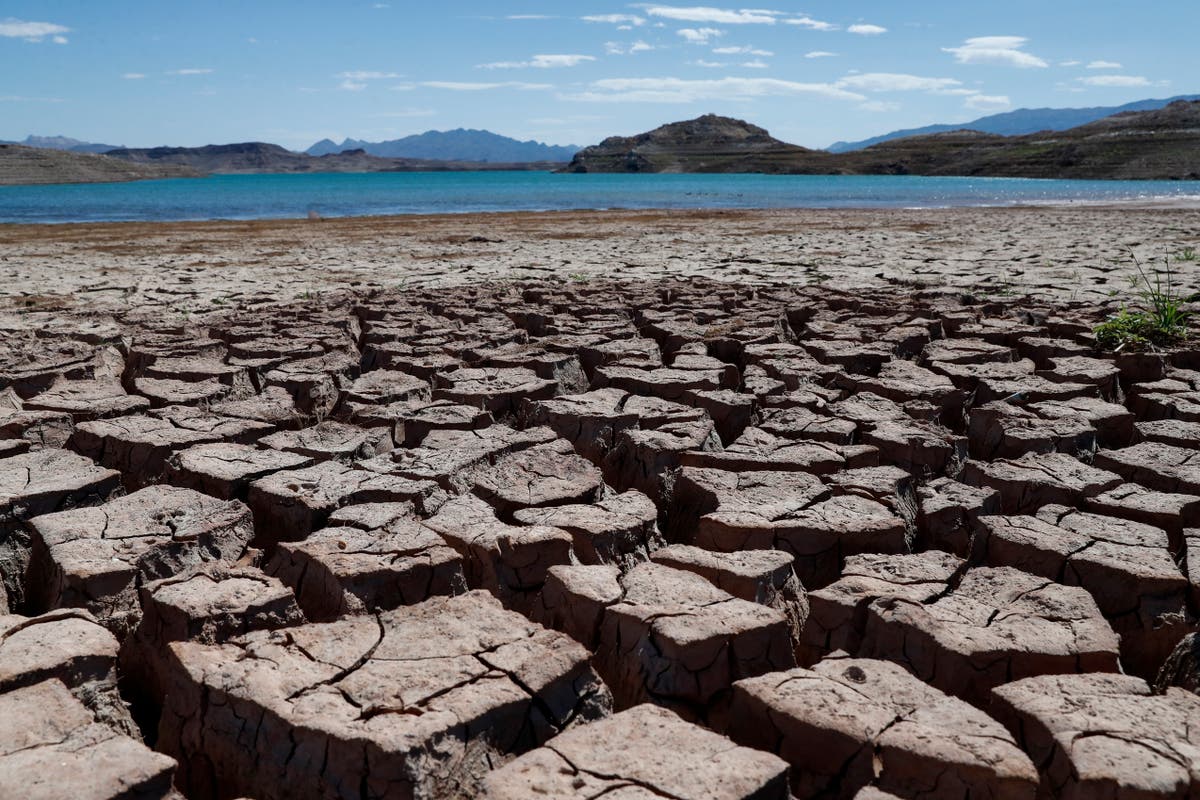 The National Park Service released a statement on Monday reporting that the skeletal remains of a body were found at Swim Beach Lake Mead National Recreation Area, Nevada at around 4.30 p.m.

The remains were sent to Clark County Medical Examiner’s Office, where experts will seek to determine a cause of death and will also help to provide an age estimate for the remains, which wasn’t released by authorities on Monday.

“The investigation is ongoing. No further information is available at this time,” the NPS said in a statement.

The Independent reached out to the NPS for comment but did not hear back immediately.

This is the third time in the past two months that a dead body has been discovered in the lake, as the plunging water line has sunk to historic lows this year due to a prolonged megadrought that has racked the American West for the past two decades and has only been intensified from the climate crisis.

In May, a barrel containing human remains was found near Hemenway Harbor at the reservoir on the Colorado River, close to the city of Las Vegas and was determined by police to likely be the result of a homicide that occurred sometime in the 1970s or 1980s, the Las Vegas Sun reported.

“We believe this is a homicide as a result of a gunshot wound,” said Homicide Section Lt Ray Spencer in a press conference after the first body was found.

One week after that initial discovery, the NPS reported that rangers at the national park were alerted to more skeletal remains spotted by a witness near Callville Bay. The Clark County Medical Examiner was also investigating the cause of death and identity of that person, but sources told KLAS that they didn’t suspect foul play to play a role in their death.

Officials had predicted after the unearthing of the first human body was found back in May that they would likely find more bodies as the water levels of the drought-stricken lake continued to drop.

“I would say there is a very good chance as the water level drops that we are going to find additional human remains,” Las Vegas police Lt Spencer also told KLAS-TV in May.

The two-decade drought afflicting the American West has led to Lake Mead to drop to historic lows, dipping below 1,041 ft last week, according to the US Bureau of Reclamation. By contrast, in July 1983 – when the lake reached its high-water mark – it measured at 1,225 above sea level.

Lake Mead, along with Lake Powell upstream, are the largest human-made reservoirs in the US and part of a system that provides water to more than 40 million people, tribes, agriculture and industry in Arizona, California, Colorado, Nevada, New Mexico, Utah, Wyoming and across the southern border in Mexico.

For the lake to reach dead pool, a term that describes when water levels are too low to flow to a dam, it would need to drop to 895 ft. And although it’s not likely that the lake would drop to this level for the next few years, the quickly depleting lake has put officials on high alert.

The reservoir on the Colorado River behind Hoover Dam has become so depleted that Las Vegas is now pumping water from deeper within Lake Mead, which also stretches into Arizona and last summer a water shortage forced fewer releases with officials warning that more could be to come next year as they attempt to replenish the lake.