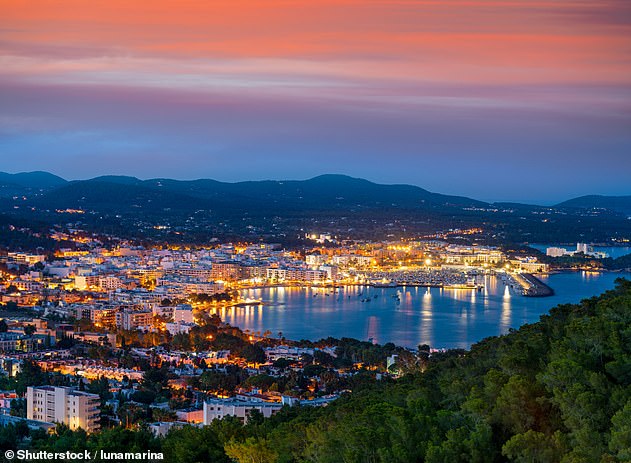 A British boy who nearly drowned at an Ibiza holiday resort on Sunday was saved by other guests from the United Kingdom, MailOnline has been told.

A witness to the incident said the boy, named Joshua, had fallen into the water but was obscured by foam that was still in the pool from an earlier party at the resort.

Initial reports said Joshua was pulled from the water by a lifeguard before being rushed to a nearby hospital on the Spanish island.

However, Giles Makinson told MailOnline on Tuesday that it was his fiancé Abigail who saved the drowning toddler, and that the lifeguard had been obliviously scrolling through her phone when the events unfolded.

If it wasn’t for Abigail’s quick thinking, he said, the incident could have been fatal.

Describing the scene, Mr Makinson said the hotel in the beach resort village of Es Canar had two pools on different tiers, separated by some steps.

Shortly before the boy fell in the water, the lower of the two pools – the one typically used for entertainment at the resort such as dancing and shows – had hosted a foam party, where foam is sprayed over the pool to create a bubbly layer on the surface.

A British boy who nearly drowned at an Ibiza holiday resort on Sunday was saved by other guests from the United Kingdom, MailOnline has been told. The incident happened at a hotel in the beach resort village of Es Canar, near to the east coast town of Santa Eulalia (pictured)

Mr Makinson said he believes Joshua had taken his arm-bands off after the foam party had finished, but went back to the water’s edge to retrieve a ball.

It was at this point that the boy fell in, the witness said, but the thick layer of foam still in the pool meant that this initially went unnoticed.

Because of the foam, ‘it looked like the boy was sitting in the water,’ Mr Makinson said – possibly floating on something. In reality, he was in trouble. Video of the incident later showed that he was ‘sinking lower and lower,’ he added.

Despite the lifeguard sitting no more than five metres away, it was Abigail, 29, who spotted the boy, Mr Makinson said. Having previously worked on cruise ships, Abigail quickly jumped into action, dived underwater and pulled the boy from the pool.

Fortuitously, there was a doctor sitting around the pool, who rushed over to help, and paramedics arrived quickly to take the boy to Nuestra Senora del Rosario, a private medical clinic on the Spanish island.

The whole incident was caught on video, Mr Makinson said, and how the events unfolded only became clear once he watched the footage back.

‘We were playing in the pool, when Abigail noticed a boy behind us,’ Mr Makinson said. ‘As we are with family, Abigail’s mother was videoing us in the water and captured the young boy walking in without his life vest and then going under.’

Mr Makinson said the female lifeguard, thought to be in her 40s, only acted when Abigail’s mother shouted at her: ‘There was a baby in the water!’ 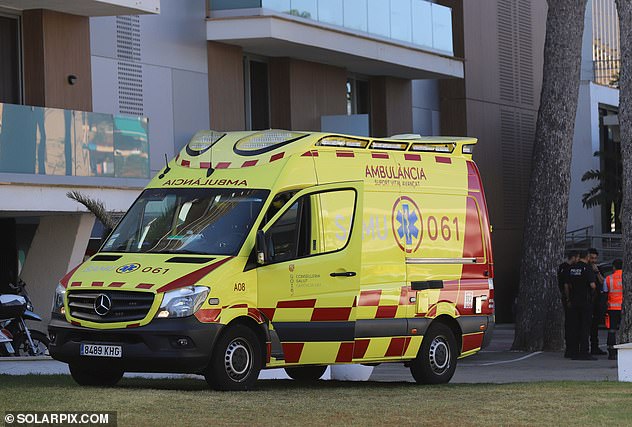 Pictured: An ambulance is seen outside the the Nuestra Señora del Rosario Hospital in Ibiza after a three-year-old boy was admitted. The boy – named as Joshua – was pulled from a pool after nearly drowning on Sunday. His condition was described as ‘stable’ by Monday morning

‘The lifeguard, who was sitting no more than 5 metres from the incident, was too busy playing on her phone to notice a very small boy, by himself, walking in to a 2-metre deep swimming pool,’ he told MailOnline.

‘It should not be up to holiday makers to save drowning people in the pool. Joshua should have been spotted [by the lifeguard],’ he added.

Mr Makinson said he had looked back at the footage after the incident to find that the boy had been in the water for as many as three minutes. Two of which, he said, it looked as if he could have been sitting in the water.

However, for at least a minute, Joshua had begun sinking to the bottom before Abigail, from Manchester, had spotted him and pulled him up.

The witness suggested the boy’s parents had temporarily lost sight of him, and no one had seen him splashing about in the water because of the foam.

‘If it hadn’t been for Abigail pulling him from the bottom of the pool, carrying him out and getting attention for the doctor to assist, this incident would have resulted in a fatality,’ Mr Makinson said. 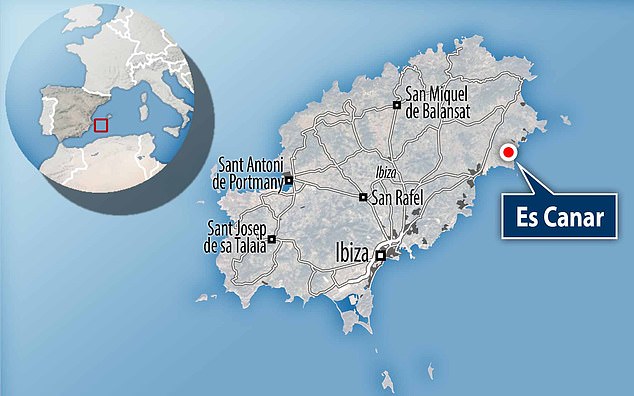 Police arrived at the scene near the town of Santa Eulalia at around 5.30pm on Sunday, where they found paramedics already there assisting the child

Reports on Monday said the boy was in a stable condition. Mr Makinson said another family at the resort who knew Joshua’s family had told him the same thing.

The clinic Joshua was taken to is the same one a 21-year-old Brit was taken to after a second-floor balcony plunge in the popular party resort of Playa d’en Bossa in the early hours of Thursday morning.

He was admitted to intensive care with multiple injuries including head injuries.

The place where that accident happened has been identified as the adult-only Jet Apartments.

Carl Shepherd, 28, known to pals and relatives as Daniel, died at the same apartment complex in August 2017 after a three-floor 5.30am plunge.

It was reported afterwards he had fallen asleep on a ledge between the terrace of the apartment he was in and a neighbouring apartment.

In May a British toddler drowned in a swimming pool accident on the Costa Blanca. 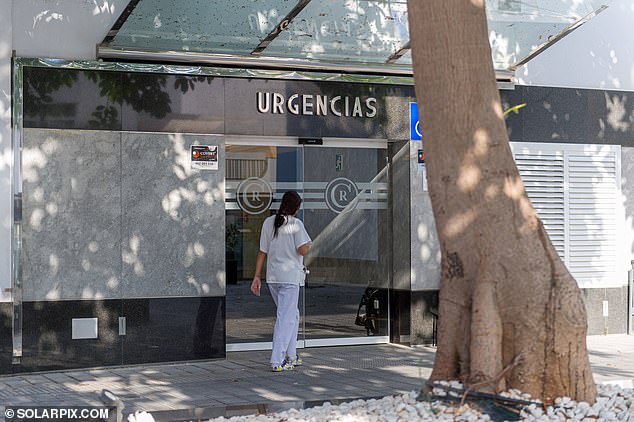 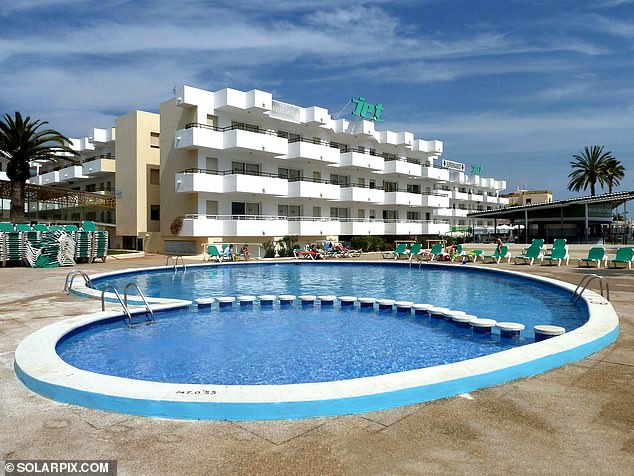 On Thursday morning, a 21-year-old Brit was taken to hospital after a second-floor balcony plunge in the popular party resort of Playa d’en Bossa (pictured)

Freddie Joseph Briggs died in the pool at his parents’ home in the village of Aigues near Benidorm on May 25, leading the local council to declare three days of mourning.

Tributes were paid to the 19-month-old boy at his funeral service at a church in Belfast where he was christened before he was buried at a nearby cemetery.

At the start of last month a six-year-old British boy died in hospital days after being rescued from a hotel pool close to the Love Island villa in Majorca.

The youngster was rushed to hospital in a ‘critical’ state from a four-star hotel in the resort of Sa Coma.