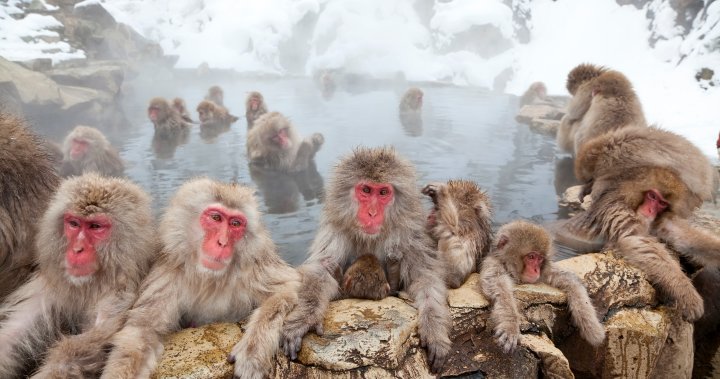 Residents of Yamaguchi, a city in southwestern Japan, have seen a sudden increase in wild monkey attacks in the last few weeks that have left at least 45 individuals injured since July 8, local authorities report.

Officials have set up a search in an attempt to catch the Japanese macaques (also called snow monkeys) responsible for the attacks, but all attempts thus far have been unsuccessful, CNN reported.

The monkeys, which are found throughout large swaths of Japan and are considered pests in some areas, have reportedly even been seen entering homes through windows or by opening sliding doors.

Children, adults and the elderly have all been victims of aggressive monkey attacks, often suffering minor wounds including scratches and bites to their necks, hands and legs, CBS reported. No major injuries caused by a monkey attack have been reported.

The French news agency AFP interviewed an unnamed Yamaguchi official from the agricultural department who said it is not uncommon to see monkeys in the mountainous region.

“But it’s rare to see this many attacks in a short period of time,” the city official added.

Original reports from Japanese media claimed it was one single macaque causing the assaults, but local police have now said they cannot confirm if it is a lone rogue or a group of monkeys responsible.

Police have set up traps and patrols to try and capture any aggressive monkeys. On Sunday, authorities were armed with tranquillizer guns, CNN reported.

Residents of Yamaguchi have been asked by police to properly seal and insulate their homes to prevent monkeys from entering the property.

The Japanese newspaper Mainichi Shimbun spoke with residents who have witnessed the monkey attacks, including an unnamed father who had a macaque invade his home.

“I heard crying coming from the ground floor, so I hurried down,” the father told the news outlet. “Then I saw a monkey hunching over my child.”

Japanese macaques were considered a vulnerable species until the early 20th century. Thanks to conservation efforts, the species is now labelled “least concern,” meaning the monkeys are commonly found in the wild.