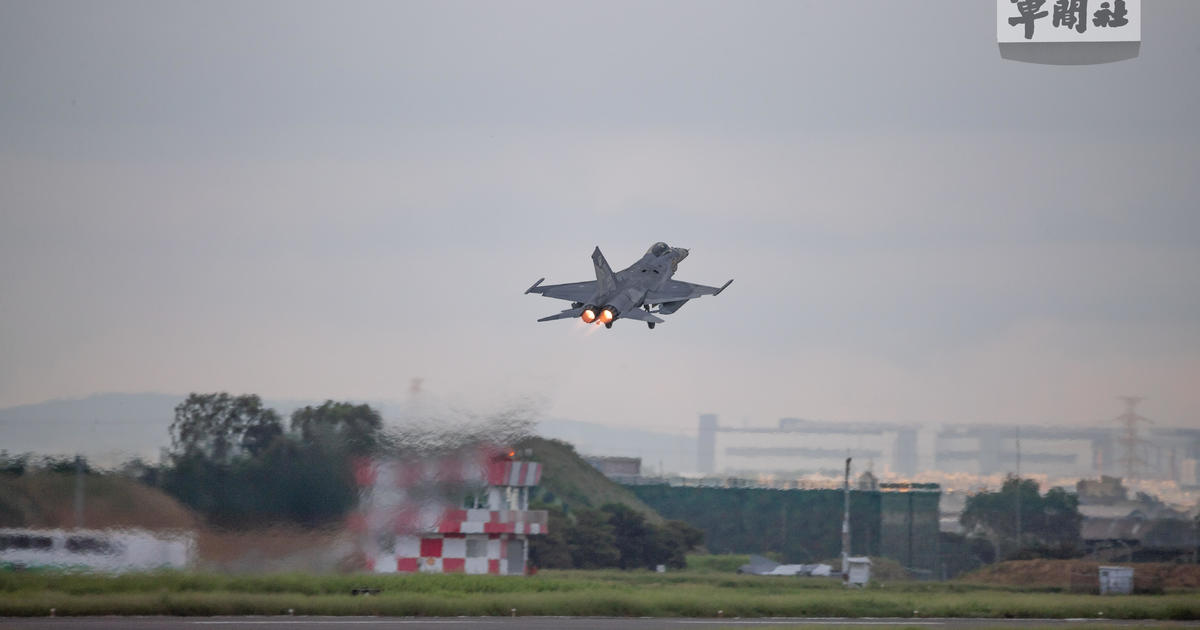 Taipei — Air defense drills were held in Taiwan’s capital Monday as the military mobilized for annual defense exercises being held throughout the week.

Activity on the streets of Taipei ground to a halt in the early afternoon as police ordered pedestrians to seek shelter indoors, shops shuttered their doors, and vehicles were forced to pull over.

The military’s annual Han Kuang exercises will run through July 29, and include joint land, sea, and air exercises to test Taiwan’s defense capabilities against China’s much larger and rapidly growing armed forces. According to the Center for Strategic and International Studies in Washington, the growth of China’s military budget has outpaced its overall economic growth for at least a decade.

Increasingly, Taiwan’s security has come into focus as Russia continues to wage war in Ukraine, with Beijing’s continued refusal to condemn the invasion drawing concern. In April, a Pew Research Center report found that most Americans say the relationship between Russia and China poses serious problems for the U.S.

According to Taiwan’s Ministry of National Defense, this year’s live-fire exercises are based on a war games simulation held in May, modeled after learnings from the Russia-Ukraine war. The exercises are being held amidst heightened tensions with China. Chinese military aircraft have flown hundreds of incursions into Taiwan’s air defense identification zone over the past year.

The Chinese Communist Party regards the self-ruling, democratic Taiwan as a province and seeks to reunite it with the mainland.

This year’s Han Kuang exercises, first held in 1984, will call up reservists for the first time. Taiwan earlier this year bolstered its reservist training forces to back up active duty forces in the face of increased Chinese military activity around the island. The Ministry of Defense has reported a 50% increase in incursions by Chinese warplanes into its ADIZ from last year.

In January, Taiwan’s parliament passed an extra spending bill of $8.6 billion to boost defense capabilities against China, topping an annual record-high defense budget of $17 billion for the island.