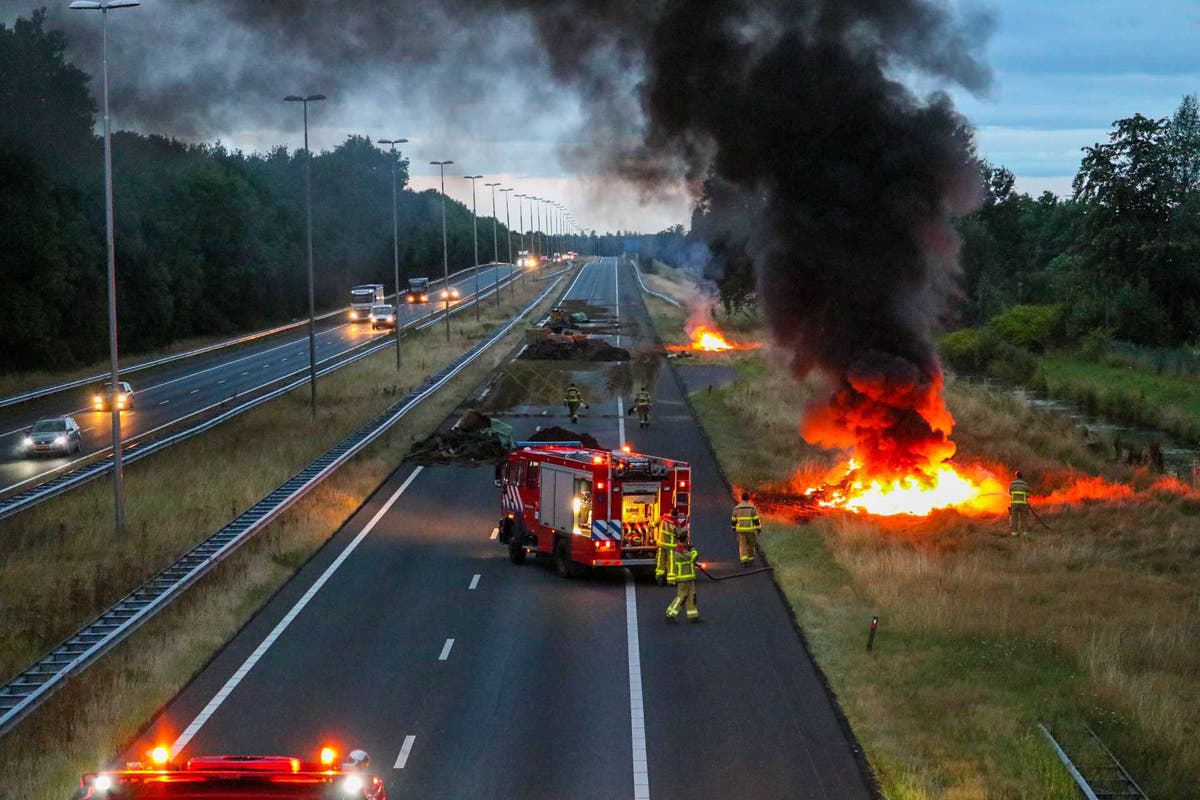 Dutch farmers have resumed protests at government plans to reduce nitrogen emissions by dumping manure and garbage on highways and setting fires alongside roads.

Traffic authorities said several roads in the central and eastern Netherlands were completely or partially blocked by the early morning blockades and fire services rushed to clear the roads as traffic built up.

The latest demonstrations in a summer of discontent came a day after a government-appointed mediator sent invitations to farmers’ organisations to discuss with the country’s ruling coalition ways of reducing nitrogen emissions.

“I see the talks as a turning point: breaking the deadlock together,” mediator Johan Remkes said. “The cabinet has assured me that there is room and joint solutions are possible.”

Some farmers have rejected the appointment of Mr Remkes as an independent mediator because he is a member of prime minister Mark Rutte’s center-right political party and a former deputy prime minister.

The farmers are angry at government targets for reining in emissions of nitrogen oxide and ammonia that they say threatens to wreck their agricultural way of life and put them out of business.

The government says emissions of nitrogen oxide and ammonia, which livestock produce, must be drastically reduced close to nature areas that are part of a network of protected habitats for endangered plants and wildlife stretching across the 27-nation European Union.

The ruling coalition wants to cut emissions of pollutants by 50 per cent nationwide by 2030, calling the measure an “unavoidable transition” to improve soil, air and water quality in a nation known for its intensive farming practices.

It has called on provincial authorities to draw up plans to reduce emissions and earmarked an extra 24.3 billion euros to fund the changes.

Farmers argue that they are being unfairly targeted while other industries, such as aviation, construction and transport, also are contributing to emissions and face less far-reaching rules.

They also say the government is not giving them a clear picture of their futures amid the proposed reforms.