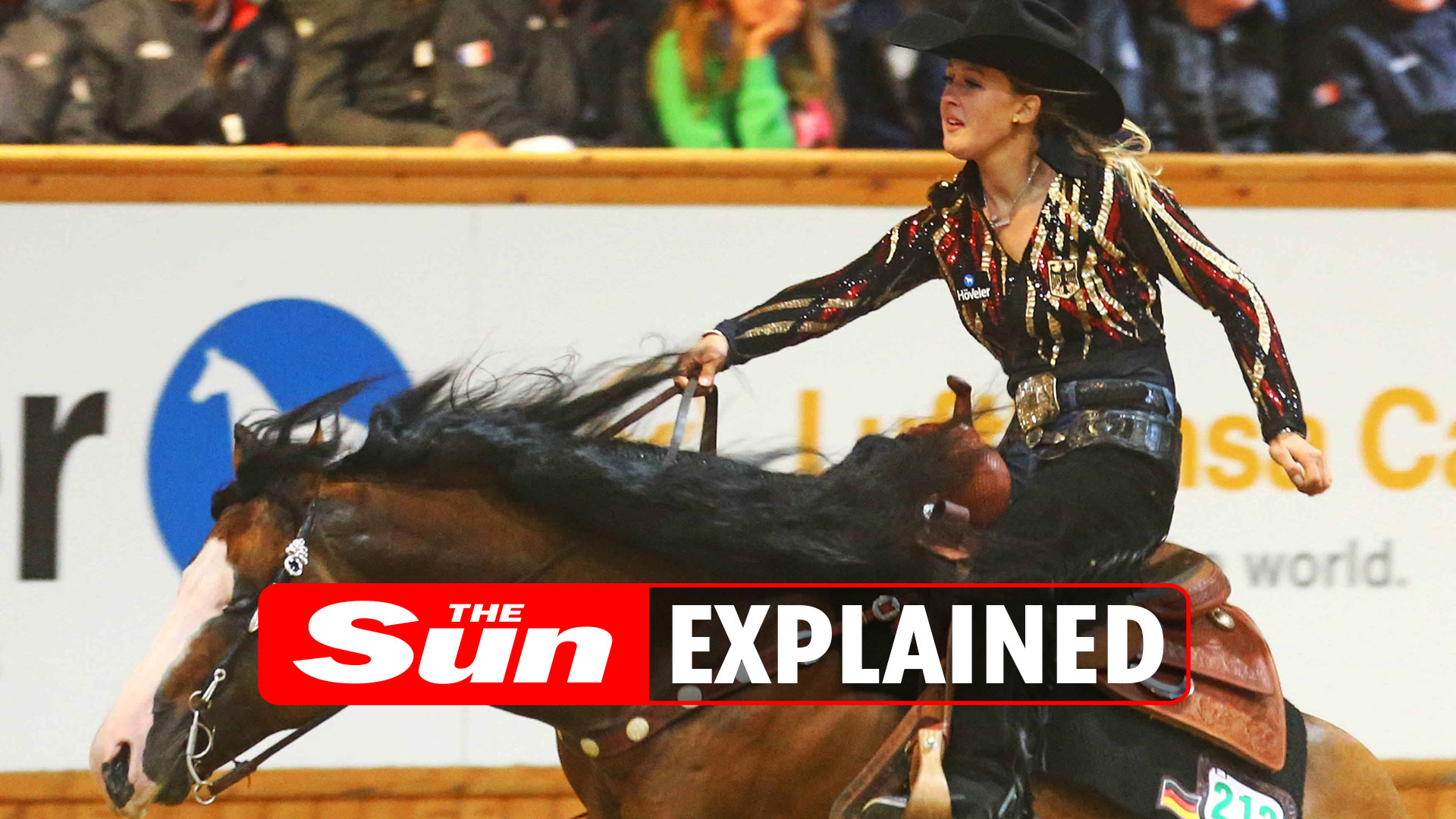 MICHAEL and Corinna Schumacher had two children together since they got married in 1995.

Their eldest is their daughter Gina Maria Schumacher.

Who is Gina Maria Schumacher?

In an interview with German broadcaster NDR, she revealed that could have followed in her famous father’s footsteps after pursuing karting for a season.

Her brother Mick – born on March 22, 1999 – has gone down that route, and currently races in Formula One with Haas.

However, Gina Maria admitted that she “preferred the horses”, and has put her passion to fine use in the sport of Western riding.

In August 2017, she took a gold medal in the FEI World Reining Championships in Switzerland, one of a series of strong performances from the rising equestrian star.

Gina Maria is in a relationship with Iain Bethke, a show jumper who regularly cheers on his girlfriend during competitions.

What happened to Michael Schumacher?

Seven-time Formula One World Champion, Michael Schumacher suffered an accident while skiing in the the French Alps resort of Mirabel in December 2013.

He suffered a traumatic brain injury after falling and hitting a rock, and was placed in a medically-induced coma.

Little information has been released on his condition since he was transferred to his home in Switzerland when he came out of his coma six months after the crash.

In September 2016 a lawyer representing Schumacher in proceedings against German magazine Bunte disclosed that the former driver “cannot walk”.

The former Ferrari driver’s family shared an emotional message in March 2018 thanking fans for their “empathy” and “understanding his situation is not to be shared in the public eye”.

More recently it has been released that the legend is “not bed-ridden or surviving on tubes”.

Michael Schumacher may be secretly moved to a specialist brain injury clinic in the US, according to reports from his homeland.

According to the Daily Mail, Mark Weeks, the director of the unnamed clinic, told the magazine: “We have a lot of experience with patients who are suffering this kind of trauma.

“There is probably no clinic in Europe that treats as many cases as we do.”

It was said that Michael was going to go through stem-cell treatment.

He is now living with his family in their home in Switzerland, where they look after him and respect his privacy from the public eye.

Jean Todt also said that sometimes he talks to Michael and they watch races together.

What has Gina Maria said about her father’s condition?

Like the rest of her family, Gina Maria has refrained from speaking publicly about her father’s condition.

However, in November 2017, she posted an inspirational message on Instagram which kept fans’ hopes for his recovery alive.

She shared a serene picture of a lake snapped from horseback alongside the caption: “There is only one happiness in this life, to love and be loved #keepfighting.”

Another said: “Stay strong! Wish you all the best for you and your Family.”