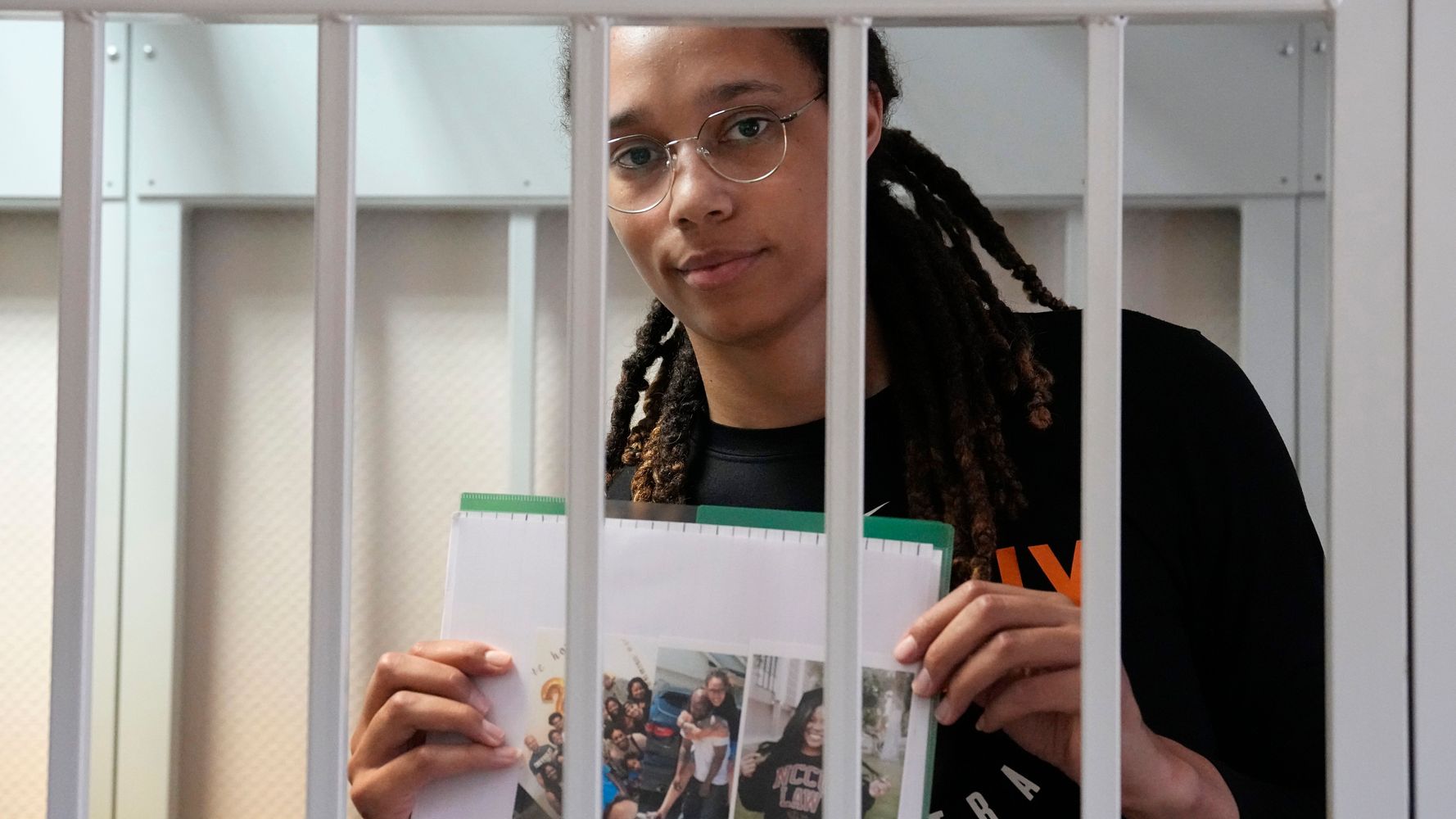 KHIMKI, Russia (AP) — American basketball star Brittney Griner testified Wednesday at her drug trial in Russia that a language interpreter translated only a fraction of what was said during her questioning and officials instructed her to sign documents without providing an explanation.

Griner was arrested at a Moscow airport in February. She acknowledged in court earlier this month that she had vape cartridges containing cannabis oil in her luggage when she arrived in Russia but contends she had no criminal intent and packed the cartridges inadvertently.

During her testimony, the Phoenix Mercury standout described making a grueling 13-hour flight to Moscow from Arizona while recovering from COVID-19. Griner said she still does not know how the cannabis oil ended up in her bag but explained she had a doctor’s recommendation for it and had packed in haste.

She recalled getting pulled aside at the airport on Feb. 17 after inspectors found the cartridges.

Along with the interpreter who provided an incomplete translation, Griner said she received neither an explanation of her rights nor access to a lawyer and was instructed to sign documents without an explanation of what they implied.

After hours of proceedings she did not understand, she was allowed to hand over her personal belongings to a lawyer before being led away in handcuffs, Griner said. She said she received only a cursory translation of the allegations during a Feb. 19 hearing where a court sanctioned her arrest.

Griner faces up to 10 years in prison if convicted of transporting drugs. Her trial started July 1, and Wednesday was her first appearance as a witness. The court outside Moscow held five previous sessions that were short, some lasting only about an hour.

It is unclear how long the trial will last, but a court has authorized Griner’s detention until Dec. 20. She went to Russia to play for a Russian team in the WNBA’s off-season.

During Tuesday’s court session of about 90 minutes, a Russian neuropsychologist testified about worldwide use of medicinal cannabis, which remains illegal in Russia. Griner’s defense team has submitted a U.S. doctor’s letter recommending the basketball player use medical cannabis to treat pain.

Griner testified Wednesday that she was suffering from pain from injuries sustained during her basketball career. She emphasized that cannabis oil is widely used in the United States for medicinal purposes and has less negative effects than some other painkillers

A Russian Foreign Ministry spokesperson said last week that the legalization of cannabis for medical and recreational use in parts of the U.S. had no bearing on what happens in Russia.

The slow-moving trial and Griner’s five months of detention have raised strong criticism among teammates and supporters in the United States, which has formally declared her to be “wrongfully detained,” a designation sharply rejected by Russian officials.

Griner was arrested in February amid high U.S.-Moscow tensions ahead of Russia sending troops into Ukraine later that month. Some supporters contend she is being held in Russia as a pawn, possibly for a prisoner swap. American soccer notable Megan Rapinoe last week said “she’s being held as a political prisoner, obviously.”

Russian media have speculated that Griner could be exchanged for prominent Russian arms trader Viktor Bout, who is imprisoned in the United States, and that Paul Whelan, an American imprisoned in Russia for espionage, may also figure in an exchange.

U.S. officials have not commented on the prospects for such a trade. Russian officials have said no exchange could be discussed until the conclusion of the legal proceedings against Griner.