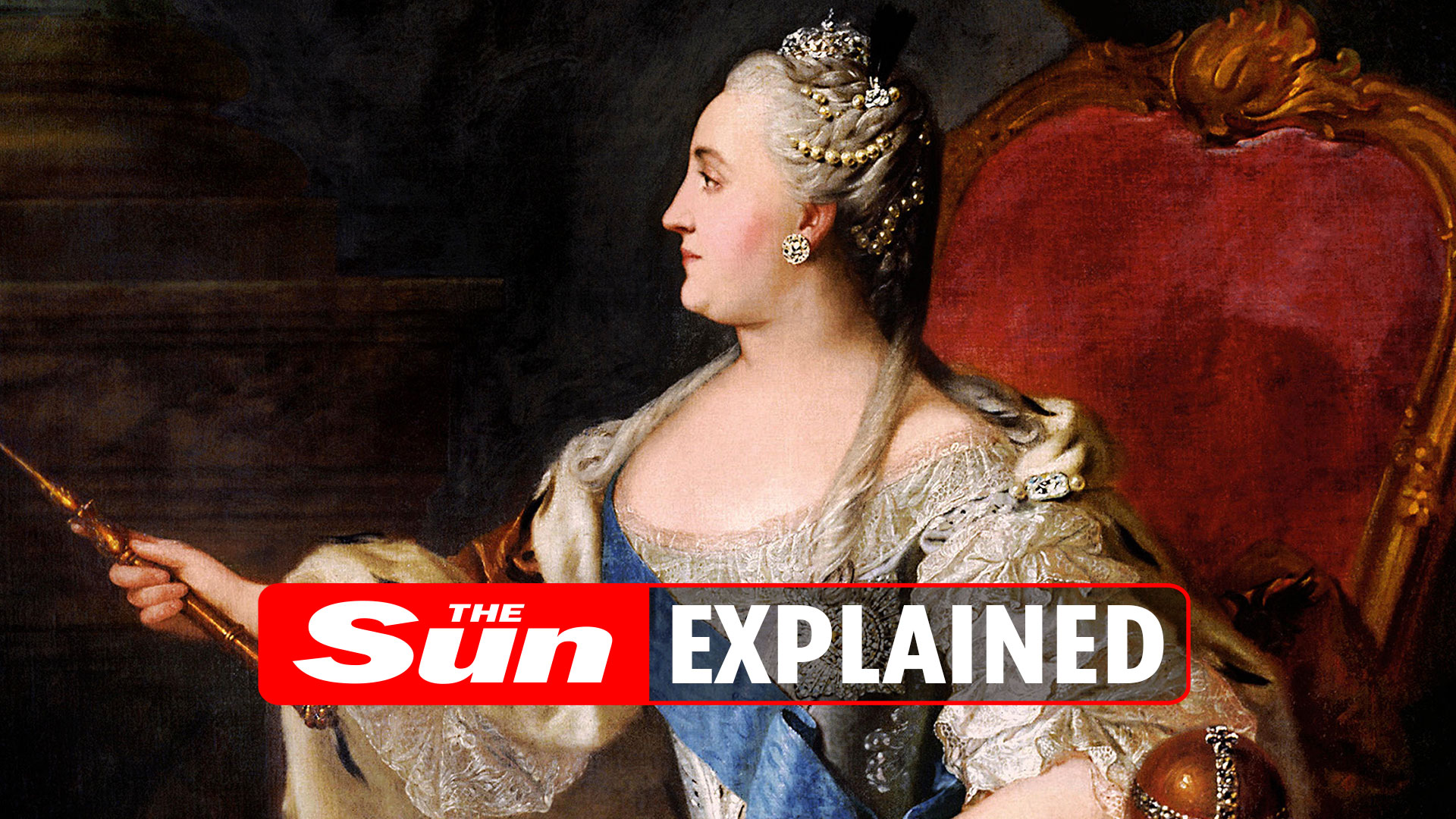 CATHERINE THE GREAT posed as inspiration for many books, films and TV shows thanks to the interesting life she led.

While different creative individuals try to understand who truly was Catherine The Great, let’s get to know more about her life.

Who was Catherine The Great?

Catherine The Great was the longest-ruling female leader of Russia, with a 34-year reign that transformed the country into one of the world’s superpowers.

Sophie Friederike Auguste von Anhalt-Zerbst was born on 2 May, 1729 in Stettin, then part of Prussia.

The daughter of a minor prince, she changed her name to Catherine after being received into the Russian Orthodox Church.

She then married Grand Duke Peter, her second cousin and the grandson of Peter the Great.

The pair had a largely unhappy marriage, producing one son, Paul.

Her husband was overthrown and Catherine declared empress in 1762, before his death shortly afterwards.

Catherine was famed for ruthlessly seizing the throne and expanding the empire from Crimea to Alaska, modernising Russian society along the way.

She enjoyed a reputation as a patron of the arts, literature and education.

As well as writing her own comedies, fiction and memoirs, the Monarch surrounded herself with the brightest intellectual lights in the world, corresponding with Voltaire for 15 years.

During her long reign she was rumoured to have had many lovers, who she rewarded with positions of power before boring of them and seeing them off with large estates.

Her most famous affair was with Grigori Alexandrovich Potemkin, which ended in 1776.

Catherine died in St Petersburg on 17 November 1796 and was succeeded by her illegitimate son Paul.

Paul I, always in his mother’s shadow, set about trying to smear her name by claiming she was a nymphomaniac.

While most historians laugh off the raciest sex myths, they retain respect for a woman who rose to the top in a hierarchy still dominated by men.

Was she really killed by a horse?

Catherine was plagued with smears that she died trying to have sex with a horse, but this appears to be entirely untrue.

The cruel “joke” played on her love of horses and rumoured multiple affairs, and was reportedly spread by her maids who knew how much time she spent with her horse.

In fact, the Queen died from a stroke.

Her undated will gave specific instructions to lay her corpse “dressed in white, with a golden crown on my head, and on it inscribe my Christian name”.