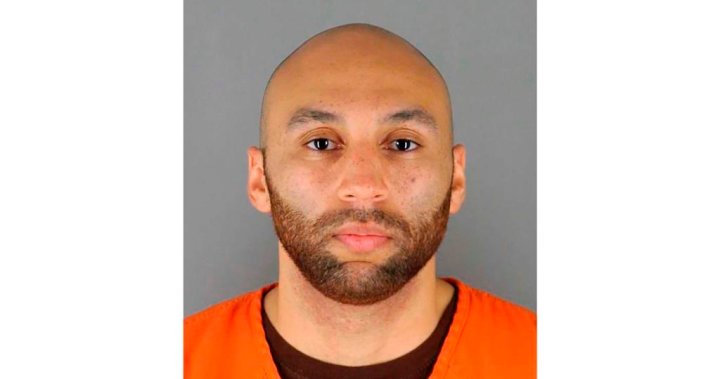 A former Minneapolis officer on Wednesday was sentenced to three years in prison on federal charges stemming from his role in George Floyd’s murder, more than the punishment meted out to another policeman who also stood by while a senior officer, Derek Chauvin, killed the Black man.

U.S. District Judge Paul Magnuson sentenced J. Alexander Kueng, 28, in St. Paul on charges that he had deprived Floyd of his civil rights and failed to come to Floyd’s aid as Chauvin, a white man, pinned his neck to the ground with a knee for nine minutes, Minnesota Public Radio reported.

Tou Thao, 36, who also watched Floyd’s death unfold, was to be sentenced in federal court on the same charges later on Wednesday. Kueng, Thao and Lane were found guilty by a federal jury in February.

The officers were called to a Minneapolis grocery store on May 25, 2020, and tried to take Floyd into custody on suspicion he used a fake $20 bill to buy cigarettes.

While Chauvin was kneeling on Floyd’s neck, Kueng placed his knee on Floyd’s lower body and left it there for more than eight minutes, prosecutors said.

2:12
George Floyd’s daughter Gianna gives victim impact statement: “I miss you and I love you”

George Floyd’s daughter Gianna gives victim impact statement: “I miss you and I love you” – Jun 25, 2021

Federal prosecutors argued that the three men who watched Chauvin knew from their training and from “basic human decency” that they had a duty to help Floyd as he begged for his life before falling limp beneath the senior officer’s knee.

In May, Lane pleaded guilty to state aiding and abetting manslaughter charges and agreed to a sentence of three years in prison. A trial on state charges is scheduled to be begin in January for Thao and Kueng.

(Reporting by Brendan O’Brien in Chicago; Editing by Mark Porter)