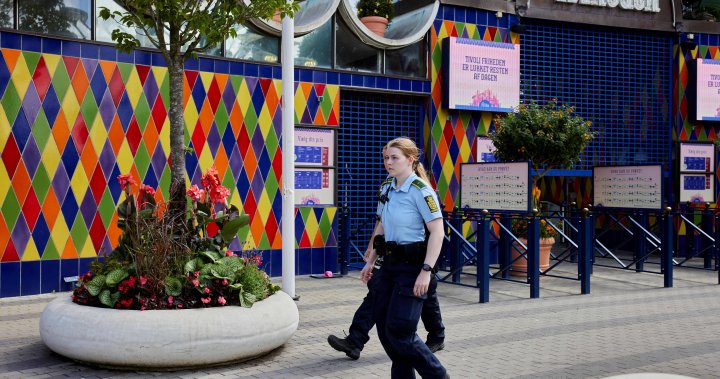 A 14-year-old girl has died after a rollercoaster at an amusement park in Denmark malfunctioned, derailing the rear two seats of the ride.

East Jutland Police confirmed to TV2 that they received a call around 12:50 p.m. Thursday reporting that there had been an accident on the rollercoaster and people were stuck in the cars. Two people were taken to hospital by emergency workers.

In addition to the young girl who lost her life, a 13-year-old boy also injured his hand in the incident, police said.

The 400 metre-long rollercoaster is 25 metres tall and the wagons have a top speed of 70 km/h, according to the Tivoli Friheden website.

The park has been closed since the incident happened and police are questioning witnesses.

An anonymous source told Aarhus Stiftstidende they had been visiting the park earlier this week and noticed the rollercoaster was operating all day without placing passengers in the back car of the ride.

“The rear cart was not allowed to be used and was not used all day. The accident today was apparently in the back carriage. It smells a little bad,” the source wrote to the outlet.

U.S. tourist, 23, falls into Mount Vesuvius after taking selfie — and lives to tell the tale

Police inspector Brian Voss Olsen, however, told reporters the investigation continues and it’s too early to make any assumptions about what happened.

“It’s going to be way too early. We are getting a lot of inquiries at the moment from witnesses. We must have written those witnesses together, and we must have clarified things. The witnesses we talk to must be the first to be notified before we confirm or deny anything,” he said, according to translated reports.

Ragborg Olsen told Radio4 the accident was a “nightmare.”

“That’s the worst thing that can happen. It’s everyone’s nightmare. Right now we are thinking mostly of the young deceased and the injured. It makes a huge and painful impression on us,” he said.

According to the BBC, this is not the first accident of its kind to happen on the ride. In 2008 a carriage broke off, injuring four people.

— With a file from the Associated Press