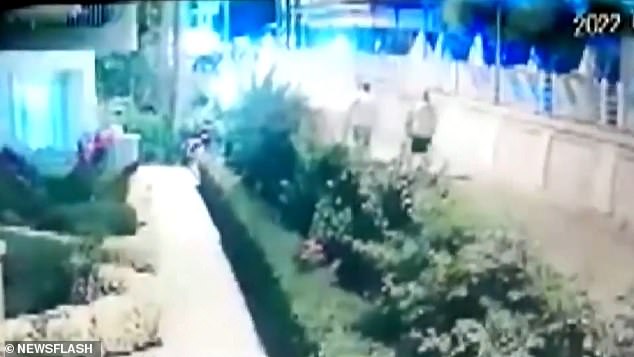 British tourist, 22, is arrested for ‘killing his father, 51, with fatal punch’ in Turkey: Police claim he told them victim fell and hit his head but local media publish CCTV footage they say shows attack

A British tourist has been arrested in Turkey after allegedly killing his father with a fatal punch after a furious row.

Police allege Ethan Hallows, 22, struck his father Garry, 51, while walking back to the Marmaris resort.

When questioned by police, Ethan said his father hit his head after suffering a fall, investigators claim.

A British tourist has been arrested in Turkey after allegedly killing his father with a fatal punch after a furious row, police have said 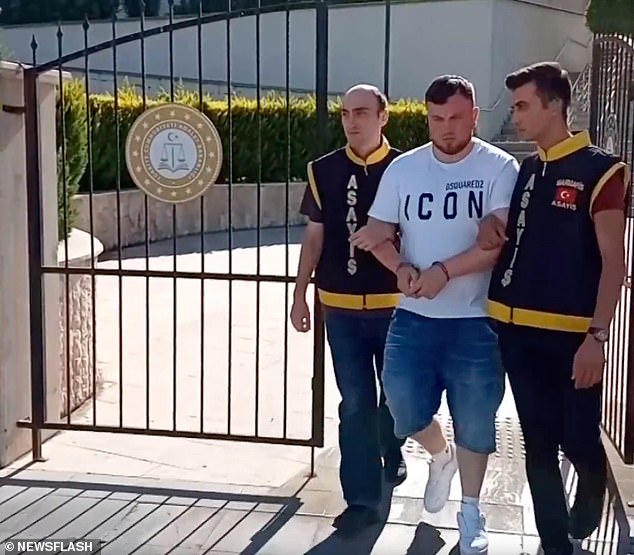 Ethan Hallows (pictured), 22, allegedly struck his father Garry, 51, while walking back to the Marmaris resort

But police were suspicious of his account and believed there was more to the death, especially after spotting a graze on his hand, local media reported.

Officers are said to have reviewed hotel CCTV footage and from the surrounding streets, which they say shows the men appearing to argue on a path before squaring up to each other.

A man is then seen punching another man in the head twice before walking away as the victim falls to the ground, which police say shows the suspect attacking his father. 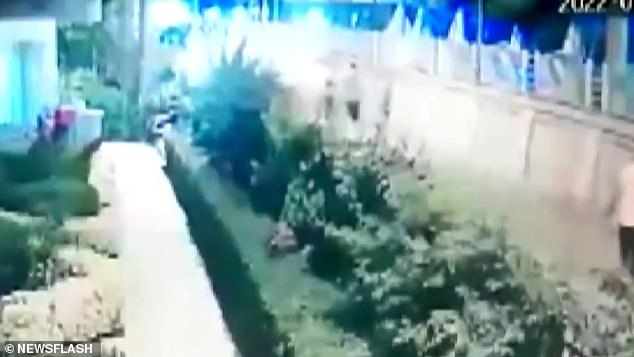 Passersby appeared not to react as the man lay motionless on the floor until someone eventually called an ambulance.

The victim was rushed to hospital where he was pronounced dead after the serious blow to the head.

The suspect was later arrested by police and transferred to the local courthouse as the investigation continues.

Hallows was jailed for 28 weeks in March last year for his involvement in an ill-fated drug deal that led to the death of a 21-year-old man in Sheffield.

He was handed the prison sentence for conspiracy to supply drugs the same night Kavan Brissett was stabbed to death on August 14, 2018.

A fight broke out between Derice Cohen, then 20, Jason Baker, then 41, Travis O’Grady, then 20, and Hallows were involved in an altercation with Mr Brissett, a jury heard.

Mr Brissett was stabbed in the chest and died four days later.