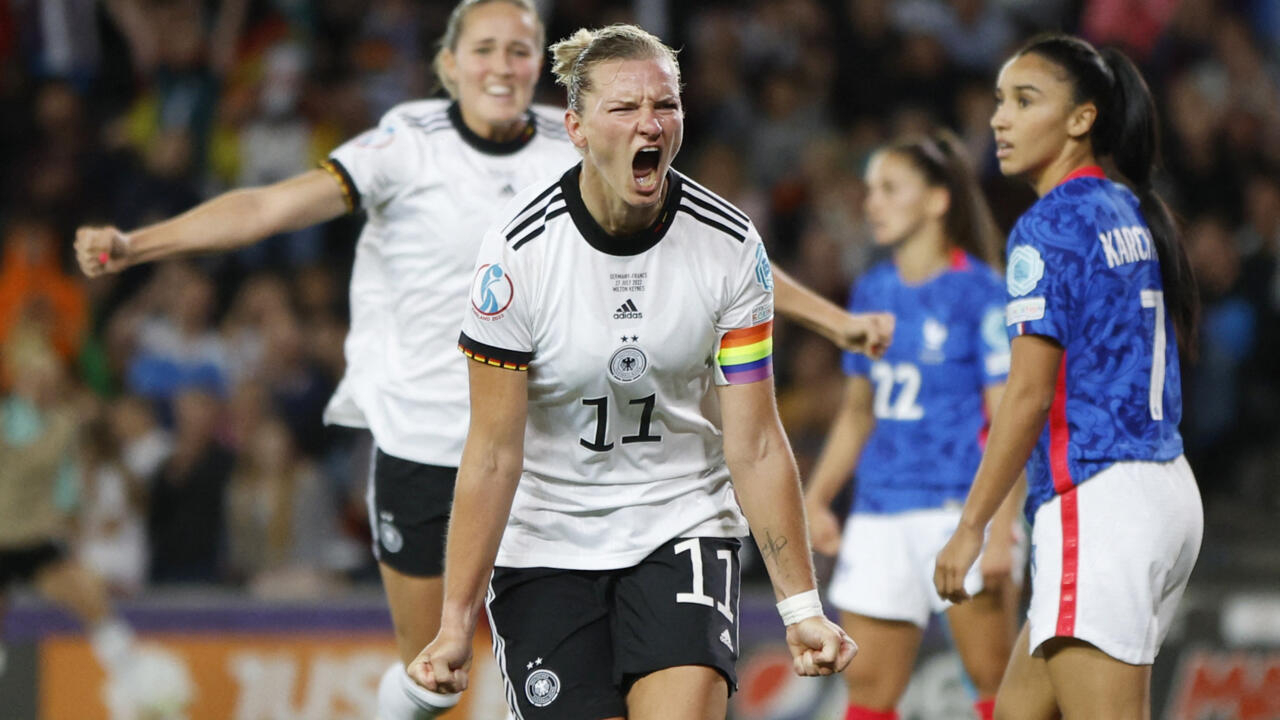 Alexandra Popp scored twice to power Germany to a 2-1 win over France on Wednesday and into the final of the European Championship against England.

With the game level at 1-1 and both teams missing chances to score, Germany captain Popp leaped above the French defense in the 76th minute to send a bouncing header into the French goal.

Popp scored the opening goal for Germany in the 40th but the lead lasted less than five minutes before France equalized. Popp has scored in all five of Germany’s games so far — a new record — after missing the last two European Championships in 2013 and 2017 because of injuries.

“I can’t find any words. We played a crazy game, we threw in everything we had,” Popp told German broadcaster ZDF. “We’re now in the final against England in front of 90,000 at Wembley. To be honest, there’s nothing better.”

A late surge wasn’t enough as France fell short of reaching what would have been a first major tournament final and has now lost in the semifinal stage once in each of the World Cup, Olympics and European Championship.

Before the game, Germany’s players posed holding the No. 19 shirt of winger Klara Bühl, who had started all four previous games but missed the semifinal following a positive test for COVID-19 on Tuesday. In a video message, Bühl predicted her teammates would set off a “firework” without her.

Popp came closest to fireworks early on when her free kick in the 22nd produced a diving save from goalkeeper Pauline Peyraud-Magnin.

Popp extended her scoring streak when she burst past defender Ève Périsset and blasted Germany into the lead in the 40th minute with a powerful shot off Svenja Huth’s low cross.

Soon after, Germany conceded for the first time in the tournament in unfortunate style, Kadidiatou Diani hitting a shot which bounced off the post and then off goalkeeper Merle Frohms’ back and in. It was recorded as an own goal for Frohms, who had no time to react to the bounce.

France was left ruing chances to take control of the game when Selma Bacha had a shot blocked by German defender Kathrin Hendrich, before captain Wendie Renard had a powerful header saved by Frohms soon after. France’s key player at set pieces, Renard had another header in a dangerous position as her team chased a second equalizer late on, but it too was saved as Germany held on to win.