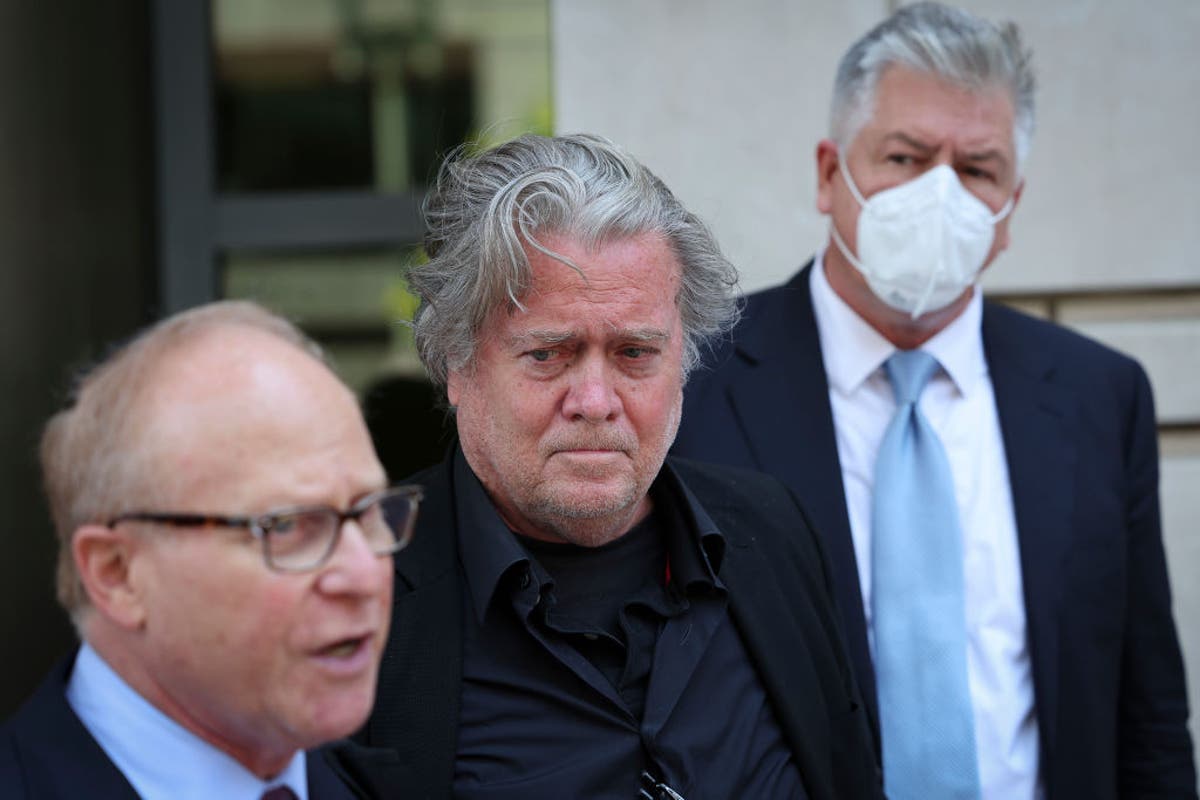 In shocking new audio obtained by a liberal news outlet former White House chief strategist Steven Bannon is heard outlining a plan for Donald Trump to declare victory on election night before voting was concluded and the results were in.

Mother Jones published audio of Mr Bannon discussing the plan in a conversation that took place prior to election night; according to the former administration official Mr Trump would have declared victory from the Oval Office even before results were conclusive in the various states that determined the winner.

And he outlined why he believed the strategy would work: Mail-in voting, long decried by Donald Trump as a way for Democrats to turn out voters, would supposedly take longer to count and therefore give the president an advantage in the early hours of the evening.

Because of mail-in votes, “they’re going to have a natural disadvantage, and Trump’s going to take advantage of it. That’s our strategy,” Mr Bannon said, suggesting that the president was both aware of and on board with the plan.

The release of the audio comes as Mr Trump is under investigation in at least two settings for his efforts to block Joe Biden from reaching the White House in 2020 and 2021. He faces one public probe being run by the January 6 select committee, which has no prosecutorial power but can supply evidence to the Justice Department and recommend charges be filed. Mr Trump faces another in Georgia, where state officials are investigating his attempts to pressure GOP figures in Georgia’s government to overturn his defeat after election night.

The Justice Department has not said publicly whether Donald Trump is under investigation at the federal level as well, though at least one member of the January 6 committee has publicly expressed doubt and confusion about the DoJ’s apparent lack of action on the matter in multiple interviews.

In his latest interview with MSNBC’s Ari Melber on Wednesday, California Democrat Adam Schiff declared that it was “so unprecedented” for the January 6 committee or any congressional investigation to be “ahead” of the DOJ’s own investigators, as he suggested was the case.

He added in a press gaggle that he “certainly think[s] that the Justice Department has more than enough evidence to begin an investigation involving the former president” regarding Mr Trump’s efforts to overturn the election.

Mr Bannon has recently signaled that he will reverse course and agree to testify before the committee as he faces trial for contempt of Congress for dodging a congressional subpoena; the Justice Department essentially called that a stunt to avoid punishment in a court filing calling for his trial to go forward.

“The Defendant’s last-minute efforts to testify, almost nine months after his default—he has still made no effort to produce records—are irrelevant to whether he willfully refused to comply in October 2021 with the Select Committee’s subpoena,” the Justice Department argued in a filing calling for his latest decision to not factor in at trial.

The Jan 6 committee plans to return next week for its final, prime time public hearing.