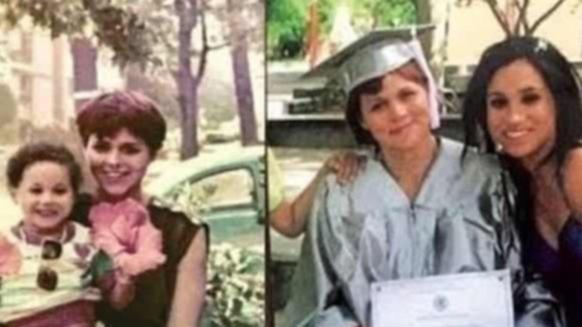 Meghan Markle has claimed it is a “feeling” and not a “fact” that she grew up as an only child after being accused by her half-sister Samantha of lying about her “rags to richest” upbringing in new court documents.

The Duchess’ attorneys made their case in legal documents filed in Florida in her ongoing fight with half-sister Samantha. Samantha is suing Meghan for allegedly peddling a “rags to riches” tale in her Oprah interview, and also over comments in Finding Freedom, the book penned by Meghan’s close friend Omid Scobie.

In the most recent round of documents, Meghan’s attorneys slap down Samantha’s assertion that it was dishonest for Meghan to claim she grew up as an only child, claiming it is how she feels despite her technically having two half-siblings.

“It is hard to imagine a more personal and subjective feeling than how one views their own childhood. Moreover, Plaintiff’s opposition completely ignores the context of the statement, where Ms Winfrey asked Meghan about her ‘relationship’ with Plaintiff (to whom Ms Winfrey referred as her “half-sister on her father’s side”).

“Meghan’s response to that question that she ‘grew up as an only child’ was obviously not meant to be a statement of objective fact that she had no genetic siblings or half-siblings.”

She also dismisses Samantha’s complaints about information in Finding Freedom, a book by Omid Scobie, saying Meghan can’t be blamed for that because she didn’t write the book.

“Meghan did not make the statements; she cannot be liable for them. It is that simple,” her lawyers say.

“‘Rather, it was a textbook example of a subjective statement about how a person feels about her childhood,” they say.

In a court document, Samantha, the daughter of Thomas Markle, Meghan’s father, claims the Duchess of Sussex launched a “premeditated campaign to destroy” her and her father’s reputation.

She claims her sister tried to ruin their credibility so “they could not interfere with or contradict the false narrative and fairy tale life story concocted by the defendant”.

She also alleges Meghan lied when she claimed she “essentially raised herself from virtual poverty” and from 13 had to take on low-paying jobs to “make ends meet”.

Meanwhile Samantha, 57, launched an astonishing broadside on her sister’s friend and biographer Omid Scobie as she blasted Finding Freedom as “a book of lies”.

Meghan’s lawyer has previously hit back at the lawsuit, claiming it was “baseless”’ and they would give it “the minimum attention necessary”. Scobie also dismissed the claims.

Samantha also hits out at Scobie and Carolyn Durand’s book Finding Freedom, which she dubs her sister’s “fairytale life story”.

She claims the book caused “substantial and irreparable prejudice, injury, and harm” to her reputation.

She listed a series of texts in the biography she disputes, including that she dropped out of high school.

Meghan’s team, in its latest submission to the court, argued that the Duchess of Sussex cannot be also sued over Finding Freedom because she did not write the book.

“Meghan did not make the statements; she cannot be liable for them,” they said. “It is that simple”.

Referring to the Duchess by her first name throughout the documents, lawyers asked the court: “In sum, Meghan’s motion to dismiss should be granted, as should her request for attorneys’ fees, costs and other relief.”

The sisters are thought to have last seen each other in 2008 but they have butted heads over versions of their childhoods in recent years.

Samantha’s rocky relationship with Meghan exploded into public view after her sister’s engagement to Prince Harry was announced in 2017.

She was quoted by journalists as saying “The Queen would be appalled” and called her a “ducha**” on Twitter.

She gave numerous interviews attacking the Duchess but has since backtracked and complimented her.

Samantha released a book about her sister last year titled The Diary of Princess Pushy’s Sister: A Memoir, Part One.

It lays bare details of the Markles’ upbringing, including the rivalry when their father was still married to the actress’s mother Doria Ragland.

But Samantha also writes of her adoration for Meghan as a baby and described the infant as “bi-racial, beautiful, and was both the color of a peach, and a rose”.