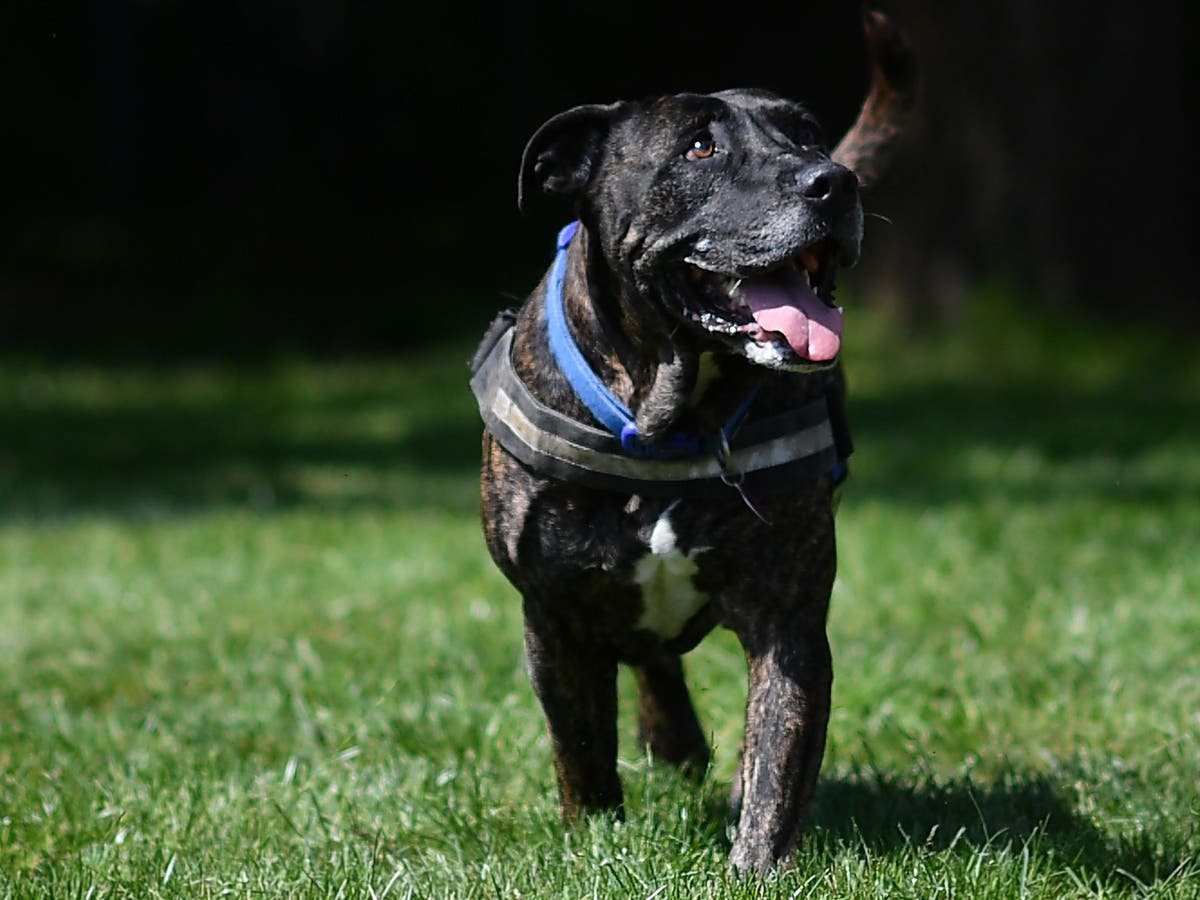 A 70-year-old Long Island woman’s mutilated body was found in her backyard being eaten by the family’s pit bull after she was mauled to death by the dog, the police said.

Marina Verriest, a resident of Albertson, was attacked by her 7-year-old dog on Wednesday and dragged through the backyard when her husband returned home in the afternoon and found her dead, according to Nassau County police.

The police say the husband found the dog eating the body at around 1pm and called the police.

When the police arrived the aggressive dog reportedly attacked an officer too after which they fatally shot him. The woman was pronounced dead by emergency services at the scene.

Nassau County Police Commissioner Patrick Ryder said the officer who shot the dog was traumatized and is currently being treated at the hospital.

“The scene was pretty horrific. We don’t know what time the attack took place but there was obviously a lot of mutilation on the body and the arm, the face, the legs,” Mr Ryder was quoted by according to New York Post as saying at a press conference.

“The officer saw something that was very traumatic, we take care of our officers and make sure they’re OK.”

The dog belonged to the couple’s step-son who had been living with them. He had died in a motorcycle accident a few weeks ago, the outlet reported, quoting the police.

The dog had also been living with the family for its whole life, Mr Ryder said, adding that they don’t know what made him violent.

“We don’t know what turned the dog or why the dog turned on the woman,” he said. “There had been no previous domestic calls to the home or calls regarding the dog.”

Pit bulls are known to be aggressive breeds who are likely to turn to attack humans if they feel threatened, sick or if they are poorly bred. While any animal can turn violent under duress, some breeds require more care than others.

Often incidents related to attacks by pit bulls occur if a human gets in the middle of a territorial fight between two dogs, if the dog smells prey or if they are in distress.

While there is a lack of data in terms of the numbers of people killed around the world by different dog breeds, according to a website called DogBiteLaw, 51 Americans were killed by dogs in 2021, out of which 37 were killed by one or more pit bulls and their mixes, and 21 of those victims were either the owner of the pit bull or member of the owner’s family.

However, pit bulls remain a popular and desirable breed among many Americans and many prefer to buy aggressive breeds from dog breeders instead of adopting from shelters where dogs and cats are trained to co-exist with others.

More than one million adoptable dogs and cats are euthanized in the United States each year because too many pets come into shelters and too few people consider adoption when looking for a pet, according to the Humane Society US.