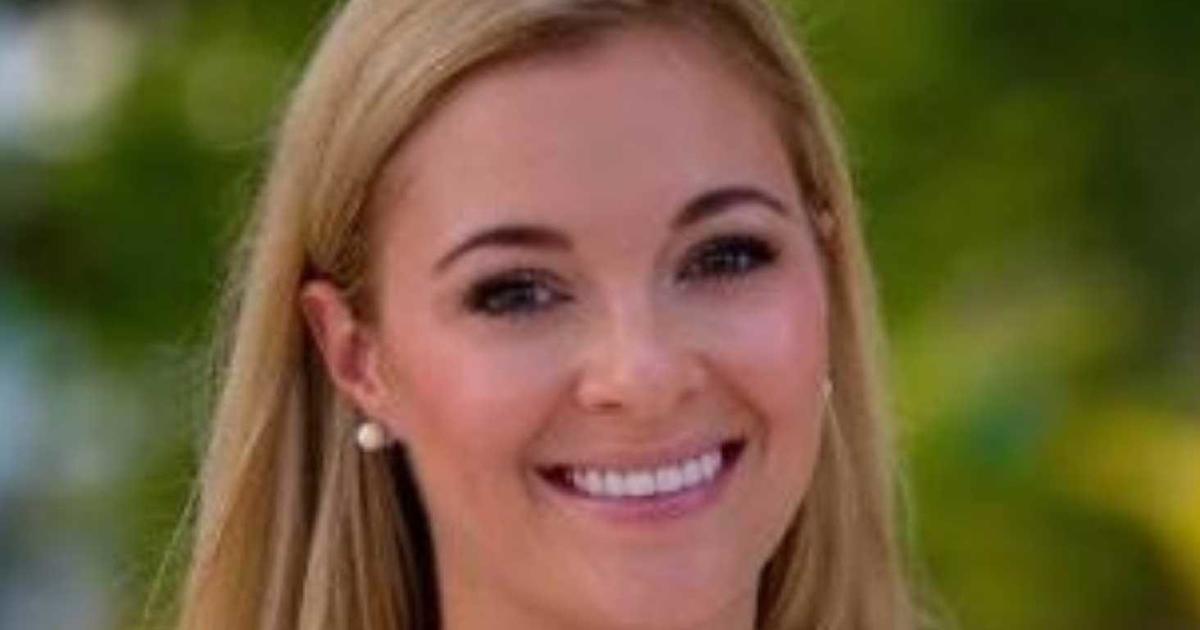 The woman in the red hoodie and handcuffs, holding her belongings in a white plastic bag, could have been mistaken for a drifter. But she was actually linked to a billion-dollar dynasty.

Jasmine Hartin, a Canadian socialite and mother of two, had been dodging reporters for weeks when she agreed to sit down exclusively with “48 Hours” to talk about the night she shot and killed a senior public official in the Central American country of Belize.

Her interview with “48 Hours” correspondent Peter Van Sant airs Saturday, July 30 at 10/9c on CBS and Paramount+ in  “Jasmine Hartin’s Shot in the Dark.”

Hartin had captured the world’s attention at the end of May. That’s when first responders found her after midnight, drenched in blood on a deserted pier near the opulent beachfront home she shared with her partner Andrew Ashcroft, the son of a British billionaire. In the water nearby, authorities also found Police Superintendent Henry Jemmott, one of the most important and beloved cops in Belize.

He had a fatal gunshot wound behind his right ear — and the bullet allegedly had come from his own gun.

In the aftermath of the shooting, there were rampant rumors about Hartin and Jemmott. Why were they alone on a pier at that hour? Were drugs or infidelity involved? Hartin denied the pair had a sexual relationship. But speculation was fueled by reports that she had changed her story about what had happened that night.

Cherisse Halsall, a reporter and anchor at Belize Channel 7, and a CBS News consultant, says Hartin first told authorities Jemmott had been killed by a stranger.

“Her story is that a passing boat shot Jemmott,” Halsall told Van Sant.

“And that story is from Jasmine herself?” Van Sant asked.

“From Jasmine herself,” Halsall replied.

“I don’t remember saying that,” said Hartin. “Like, it was such a blur. Umm, you know, and I think I was in shock.”

“Were you intentionally trying to mislead police at that moment?” Van Sant pressed. “No … not at all,” Hartin insisted.

After a jailhouse meeting with an attorney, Hartin reportedly admitted she had fired the fatal shot herself — by accident.

She said Henry Jemmott was her friend and had been urging her to get a gun for personal protection ever since rescuing her from a near sexual assault about a week earlier.

On the night of the shooting, said Hartin, she and Jemmott had been drinking before going to the pier, where she’d given him a shoulder massage and he’d tried teaching her how to load and unload the magazine and bullets from his Glock 17 service pistol.

“I’m holding it like this on the top and like this and I’m trying to get the magazine out,” Hartin told Van Sant, demonstrating the way she says she’d held Jemmott’s pistol. “Next thing I know, the gun went off.”

“And did you have a finger around the trigger?”  asked Van Sant.  “Not that I thought,” Hartin replied.

“Somehow you must have pulled the trigger,” Van Sant continued.

Authorities charged Hartin with manslaughter by negligence. Henry Jemmott’s family believes his death was something much more sinister.

“My brother was shot behind the ear … execution style,” said his sister Cherry Jemmott, who is also a police officer in Belize. “Jasmine Hartin should be charged with murder, not manslaughter.”

Belizean investigators have not publicly released forensics and other documents in the case against Jasmine Hartin and a trial date has not been set.