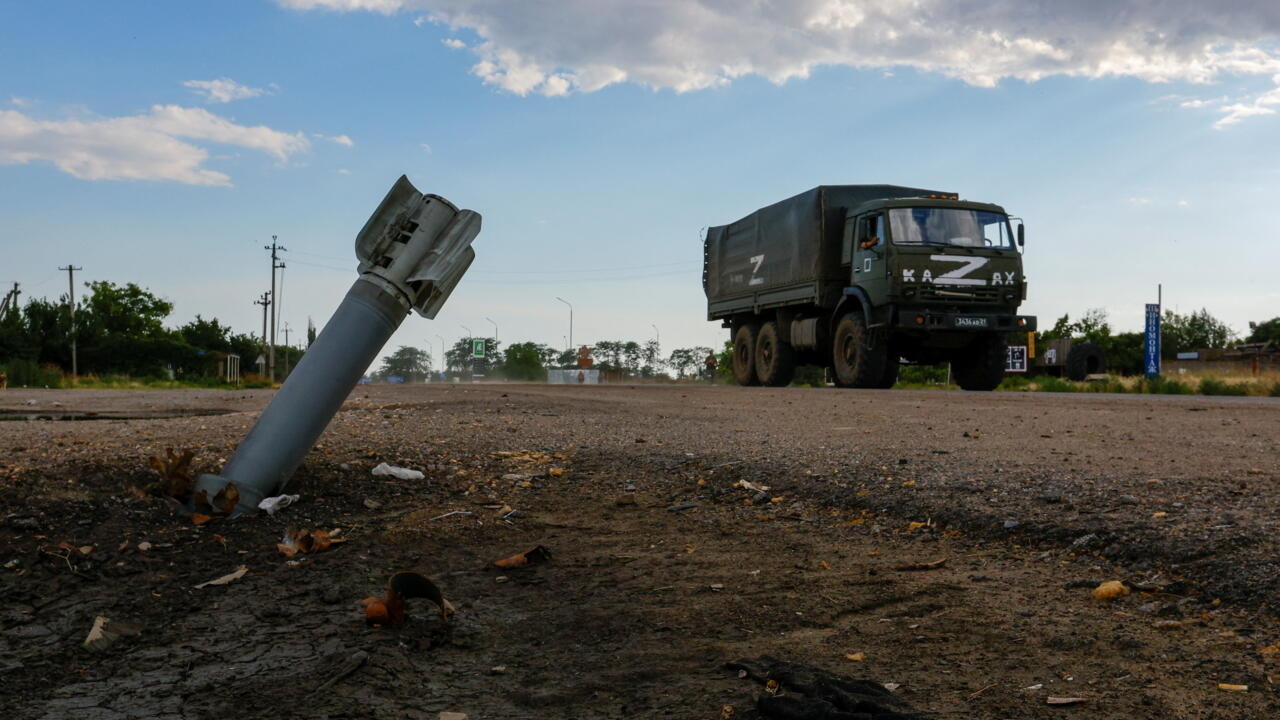 Ukraine’s counteroffensive is gathering momentum in the Russian-controlled southern Ukrainian city of Kherson, Britain’s defence ministry said on Thursday. Follow our live blog for the latest developments. All times are Paris time (GMT+2).

11:07am: Russia says prisoner exchange talks with US ongoing, no concrete results yet

Russia said on Thursday that negotiations with the United States on exchanging prisoners are ongoing but there is no deal to swap detained U.S. basketball star Brittney Griner for jailed Russian arms dealer Viktor Bout.

Kremlin spokesman Dmitry Peskov told reporters that “so far there are no agreements in this area”.

Foreign ministry spokeswoman Maria Zakharova indicated that talks on prisoner exchanges had been going on for some time but without producing a result.

They were responding to comments by U.S. Secretary of State Antony Blinken that Washington had made Moscow a “serious offer” to secure the release of Griner and former U.S. marine Paul Whelan, also detained in Russia.

10:12am: Japan urges Russia not to hold military drills around disputed islands

Japan urged Russia to exclude areas around disputed northern islands from military drills Moscow is planning to conduct in the country’s Far East from late August, a Japanese government spokesperson said on Thursday.

Japan lays claim to the Russian-held southern Kuril islands that Tokyo calls the Northern Territories, a territorial row that dates back to the end of World War Two when Soviet troops seized them from Japan.

“We lodged a firm representation that the Northern Territories should be excluded from the areas for the drills,” Deputy Chief Cabinet Secretary Yoshihiko Isozaki told a regular news conference.

Moscow has clashed with Big Tech over content, censorship, data and local representation in a simmering dispute that has erupted into a full-on battle since Russia sent its armed forces into Ukraine on February 24.

“Ukrainian forces have highly likely established a bridgehead south of the lngulets River, which forms the northern boundary of Russian-occupied Kherson,” it said in a regular intelligence bulletin on Twitter.

Russia’s 49th Army, stationed on the west bank of the Dnipro River, now looks highly vulnerable, British military intelligence said, adding that Kherson was virtually cut off from the other territories occupied by Russia.

(1/5) Ukraine’s counter-offensive in Kherson is gathering momentum. Their forces have highly likely established a bridgehead south of the Ingulets River, which forms the northern boundary of Russian-occupied Kherson.

Ukraine on Wednesday said it had restarted operations at its blockaded Black Sea ports as it moved closer to resuming grain exports with the opening of a coordination centre to oversee a UN-backed deal.

Progress towards fulfilling the landmark agreement came as Kyiv’s artillery struck a key bridge in Moscow-controlled territory in south Ukraine, damaging an important supply route as Ukrainian forces look to wrest back the Kherson region.

And as German authorities said Russia drastically reduced gas deliveries to Europe in a move seen as revenge for Western sanctions over the invasion, Ukraine announced plans to increase its electricity imports to Europe.