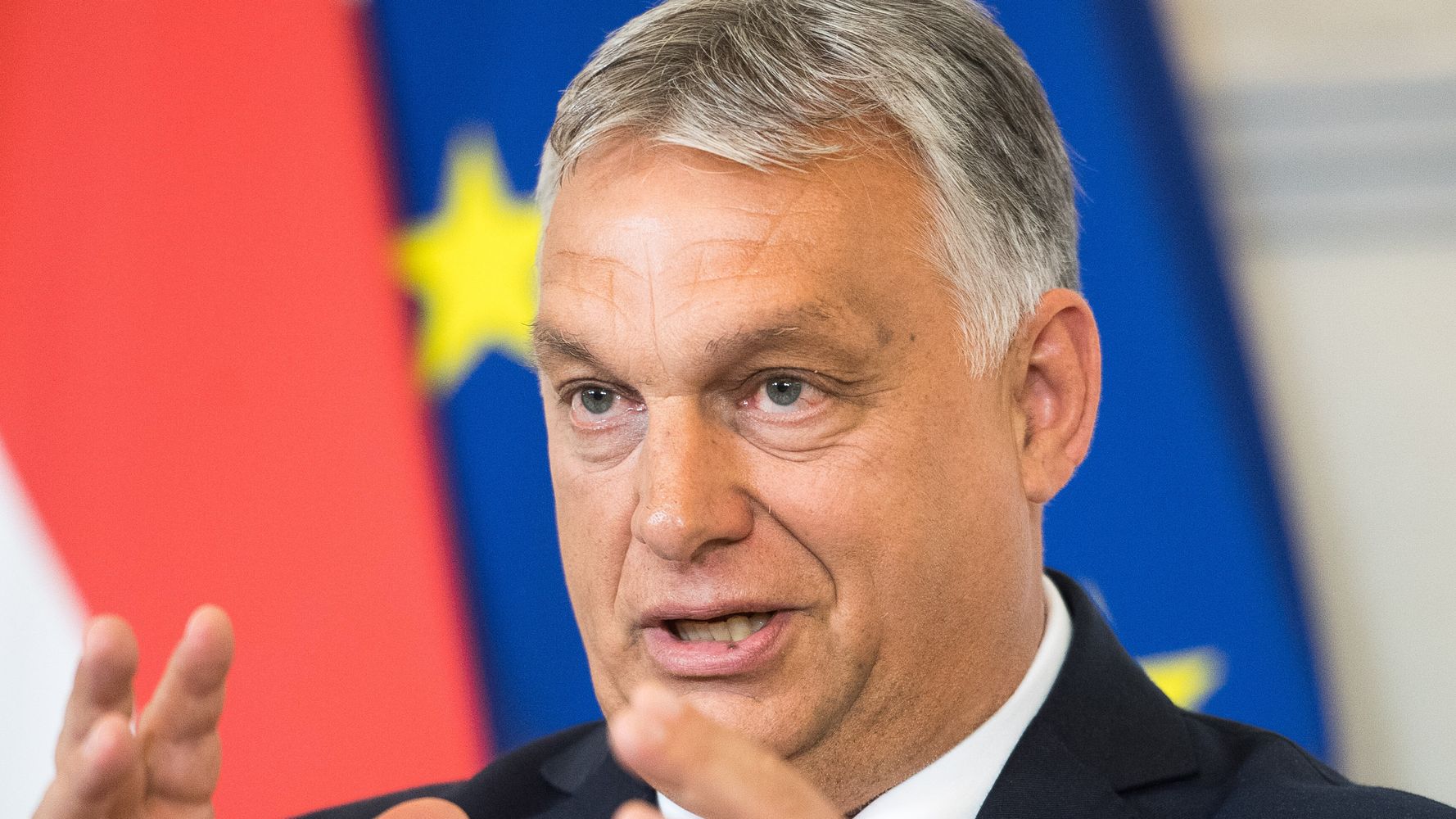 A longtime advisor to Hungarian Prime Minister Viktor Orban resigned on Tuesday, calling one of his recent speeches “a pure Nazi text worthy of Goebbels” in reference to Joseph Goebbels, Germany’s minister of propaganda under Adolf Hitler.

Zsuzsa Hegedüs, who worked with Orban for over 20 years, issued a public resignation letter saying the prime minister’s words crossed a line and accusing him of taking an “illiberal turn.” The letter was published by Hungarian outlet hvg.hu and translated by The Washington Post.

Speaking in Romania on Saturday, Orban called on Europeans to “not become peoples of mixed-race.”

Orban also denounced a proposal by the European Commission for countries to voluntarily cut their natural gas consumption by 15% in case Russia limits gas supplies to Europe. European energy ministers have since agreed to the proposal.

“I do not see how it will be enforced – although, as I understand it, the past shows us German know-how on that,” Orban said, in an apparent reference to the gas chambers used by the Nazis to kill Jewish people and others.

Hegedüs, who is Jewish, announced her resignation soon after.

“After such a speech, which contradicts all my basic values, I was left with no other choice,” Hegedüs wrote in the letter announcing her departure.

Orban struck back at Hegedüs’s criticisms, writing: “You can’t be serious about accusing me of racism after 20 years of working together,” the Post reported.

Despite his offensive remarks, Orban reportedly is still appearing at the Conservative Political Action Conference in Dallas next week.

In response to a HuffPost inquiry over Orban’s scheduled appearance, CPAC responded: “We will be releasing our agenda in the coming days on cpac.org.”

Matt Schlapp, the CPAC chair, previously suggested Orban will speak at the conference despite backlash.

“Let’s listen to the man speak,” Schlapp said in an interview at the America First Policy Institute summit in Washington following Orban’s speech, according to Bloomberg. “We’ll see what he says. And if people have a disagreement with something he says, they should raise it.”

CPAC held a conference in Hungary in May, evidence of the affection Republicans have developed for the Hungarian prime minister.

Orban is a highly controversial politician in Europe. During the height of Europe’s refugee crisis in 2015, Hungary erected a 4-meter fence to prevent people from crossing into the country, according to The Guardian.

In 2018, the country adopted a “Stop Soros law” ― sparked by a conspiracy theory that the Hungarian-born Jewish billionaire was trying to bring refugees into the country ― outlawing any help provided to people seeking asylum, the BBC reported.

Orban visited the White House in 2019 while President Donald Trump was still in office, a move that former presidents Barack Obama and George W. Bush had avoided, according to NPR.

“We are proud to stand together with the United States on fighting against illegal migration, on terrorism and to protect and help Christian communities all around the world,” Orban said during the visit, speaking alongside Trump.