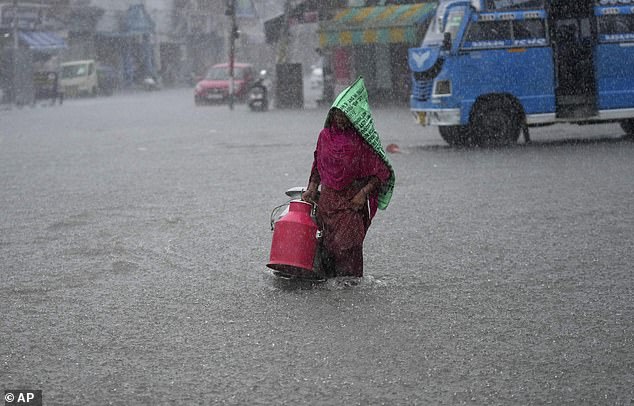 By Jack Newman and Chris Matthews For Mailonline

Lightning in India has killed 49 people this week during the country’s monsoon season.

Four cattle farmers from the same family died during a single storm after they were struck by lightning that killed them and three others instantly as they took shelter under trees during a huge downpour near Kaushambi, Uttar Pradesh state.

India’s monsoon season runs from June to September and the high death toll has forced the government to issue new guidelines on how people can protect themselves during a lightning storm.

A woman wades through a waterlogged street during heavy rainfall in Jammu, India, today amid the monsoon season 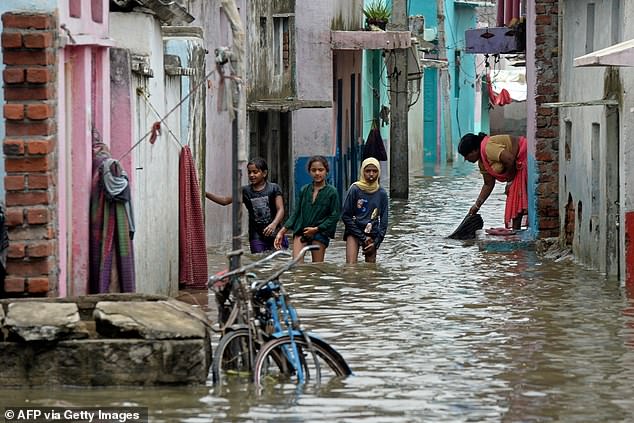 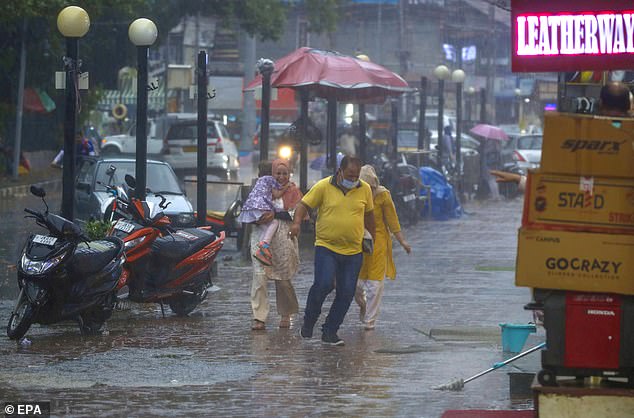 Colonel Sanjay Srivastava, who works with the Indian Meteorological Department, said lightning has killed nearly 750 people across India since April.

That includes 20 people who died in eastern Bihar state in the past two days and 16 in Madhya Pradesh state in central India earlier this month.

More than 200 people have been killed in heavy downpours and mudslides in Indian states including Assam, Manipur, Tripura and Sikkim, while 42 people have died in Bangladesh since May 17.

Hundreds of thousands of people have been displaced in the monsoon season.

Sunita Narain, director-general of the Centre for Science and Environment, said global warming plays a role in the rising number of lightning strikes.

A one-degree Celsius rise in temperature increases lightning by 12 times. 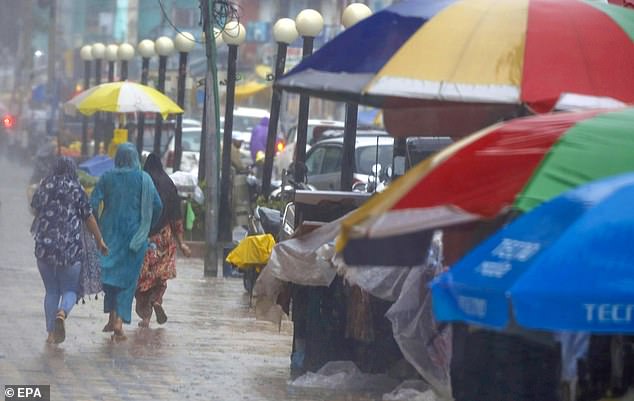 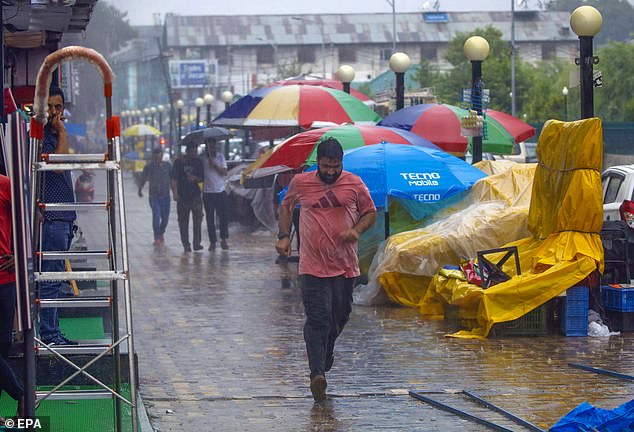 Col Srivastava said that deforestation, the depletion of bodies of water and pollution all contribute to climate change, which leads to more lightning.

J P Gupta, director of the Meteorological Department, said thunderstorms and lightning have increased this year due to an increase in pollution levels.

He said: ‘High ground temperature leads to evaporation from water bodies that adds moisture to the atmosphere.

‘The presence of aerosols due to air pollution creates favourable conditions for thunderclouds to trigger lightning activity.’