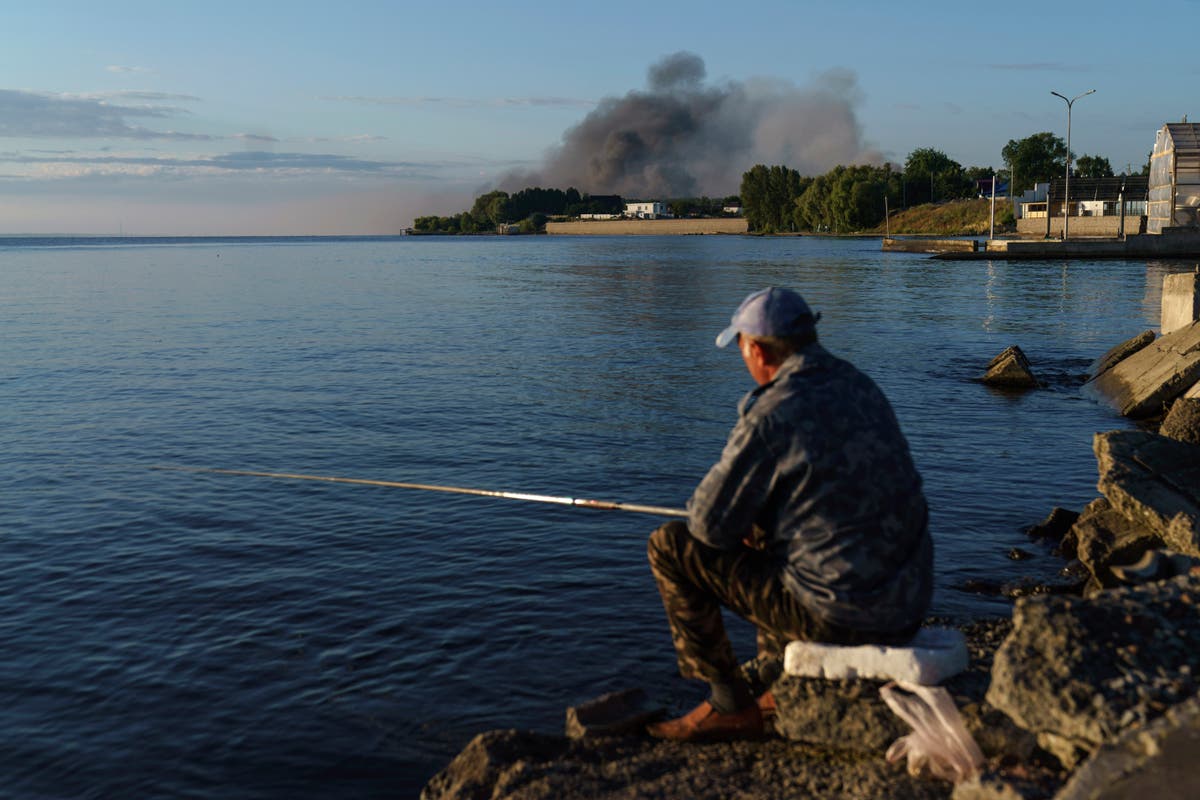 Russia launched missile attacks on Ukraine’s capital region Kyiv for the first time in weeks in a development termed by authorities as revenge for standing up to the Kremlin’s forces.

Oleksii Hromov, a senior official with Ukraine’s General Staff, said Russian forces attacked the Kyiv area with six missiles launched from the Black Sea, hitting a military unit in Liutizh village on the outskirts of the capital.

One building was destroyed and another two were damaged in the attack.

He added that one of the missiles had been shot down by Ukrainian forces in Bucha.

Mr Kuleba said the attacks on Thursday were related to the assaults to the Day of Statehood, a commemoration established last year by Ukraine president Volodymyr Zelensky.

Day of Statehood is meant to commemorate and remind Ukrainians about the country’s independent statehood.

“Russia, with the help of missiles, is mounting revenge for the widespread popular resistance, which the Ukrainians were able to organize precisely because of their statehood,” he was quoted as saying to Ukrainian television.

“Ukraine has already broken Russia’s plans and will continue to defend itself.”

Russians also fired missiles from Belarus at the village of Honcharivska, according to Chernihiv regional governor Vyacheslav Chaus, cited by the Associated Press.

The Chernihiv region had not been targeted in weeks.

The strikes come after Ukraine’s defence ministry said earlier on Thursday that Russian troops in Kherson have been “virtually cut off” from other occupied territory and left vulnerable after Kyiv’s forces scaled up its counter-offensive in the region.

“We fight every day so that everyone on the planet can finally understand: We are not colony or enclave or protectorate, not a province, an eyalet, or a crown land, not a part of foreign empires, not a part of a country, not a federal republic, not an autonomy, not a province, but a free, independent, sovereign, indivisible and independent state,” Mr Zelensky said in his Day of Statehood address.

The Independent has a proud history of campaigning for the rights of the most vulnerable, and we first ran our Refugees Welcome campaign during the war in Syria in 2015. Now, as we renew our campaign and launch this petition in the wake of the unfolding Ukrainian crisis, we are calling on the government to go further and faster to ensure help is delivered. To find out more about our Refugees Welcome campaign, click here. To sign the petition click here. If you would like to donate then please click here for our GoFundMe page.