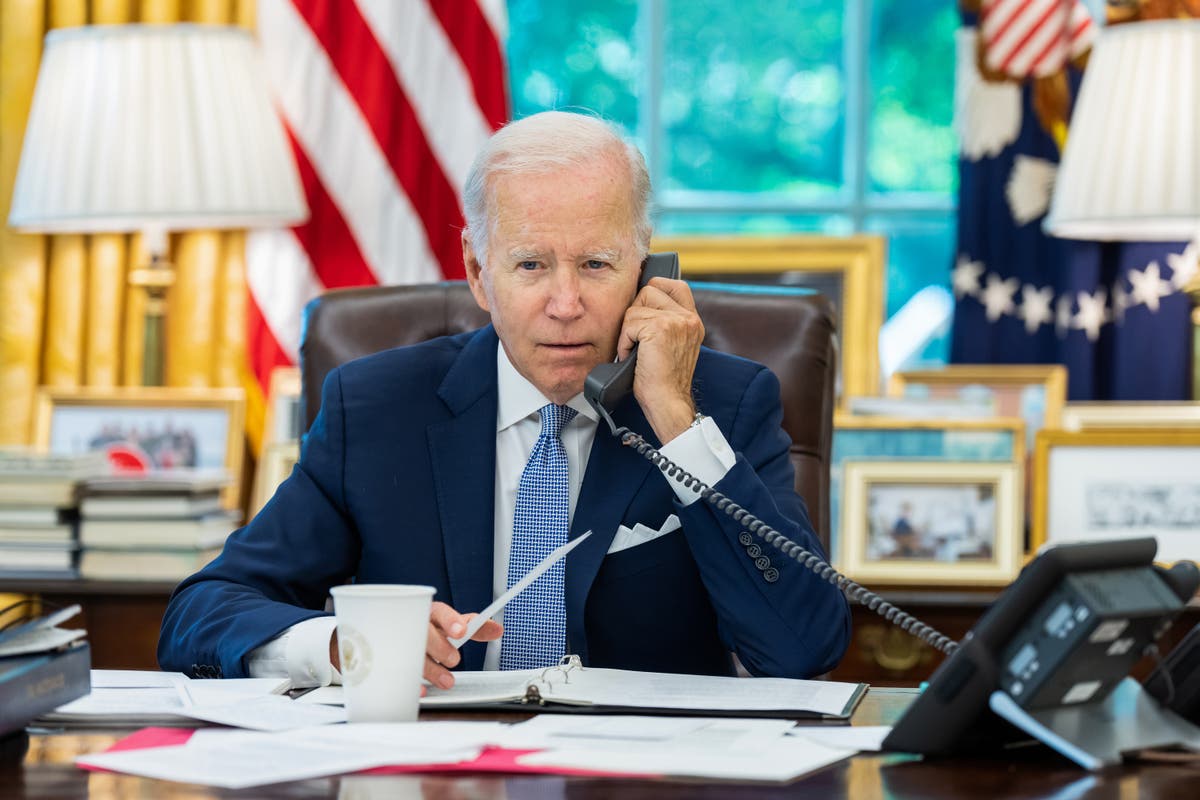 President Joe Biden and Chinese leader Xi Jinping have agreed to their first face-to-face meeting since Mr Biden was sworn in following a two hour and 20 minute phone call between the two leaders, the White House has said.

According to the White House, the conversation was part of efforts by Mr Biden and his aides to “maintain and deepen lines of communication” between Washington and Beijing, “responsibly manage” differences between the two countries, and “work together” where US and Chinese interests align.

The US readout of the call also said Mr Biden and Mr Xi’s discussion covered “a range of issues important to the bilateral relationship and other regional and global issues”.

A senior administration official who briefed reporters on the leaders’ conversation said Mr Biden and Mr Xi “also discussed the value of meeting face to face and agreed to have their team follow up to find mutually agreeable time to do so”.

Although the two leaders have spoken on four other occasions since Mr Biden was sworn in on 20 January 2021, they have not met in person since Mr Biden, then the vice president, hosted Mr Xi during a visit to the US in 2015.

The news that the leaders of the world’s two largest economies have agreed to an in-person meeting comes amid heightened Sino-US tensions over Taiwan, which the People’s Republic of China regards as a rogue province, though the US has long maintained a policy of strategic ambiguity towards the island.

Mr Biden has on several occasions stated that the US would move to defend Taiwan if China were to launch an invasion, with his aides moving quickly each time to walk back his remarks. Those gaffes, plus House speaker Nancy Pelosi’s reported plans to visit the island, have caused significant friction between the two countries.

A readout of the leaders’ call released by the Chinese foreign ministry said Mr Xi warned Mr Biden not to “play with fire” on Taiwan.

The senior administration official told reporters Mr Biden and Mr Xi engaged in a “direct and honest discussion” on the matter, and said the US president had “reaffirmed the United States commitment to our one China policy, guided by the Taiwan Relations Act, the three joint communiques and the six assurances” — standard diplomatic language laying out the ambiguous US position regarding the island’s de facto independence.

The official said Mr Biden “underscored” American opposition to “unilateral changes in the status quo by either side,” as well as the US “commitment to the maintenance peace and stability across the Taiwan Straight”.

“The two discussed that the United States and China have differences when it comes to Taiwan, they have managed those for over 40 years, and that keeping an open line of communication on this issue is essential to doing so,” the official said.