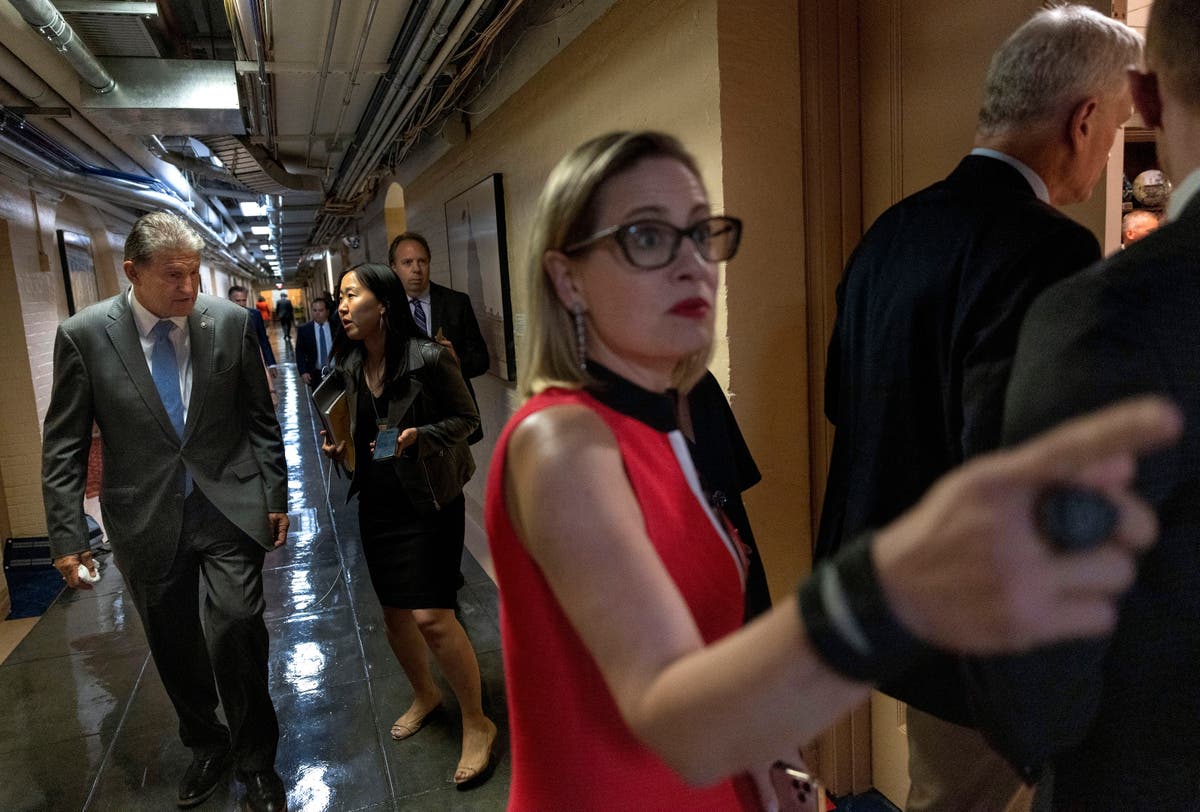 In Congress, slim majorities can herald strange times. Generation-defining bills and spending packages worth hundreds of billions of dollars can rest on the vote of a lone senator from a state with a population smaller than a New York borough.

For some time now, that lone senator was Joe Manchin of West Virginia. His refusal to support Joe Biden’s Build Back Better social spending plan, the central pillar of the president’s domestic agenda, gave him such an outsized influence that he was likened to a “God Emporer,” and earned the nickname “President Manchin.”

But Absolute Monarch Manchin shocked many in his own party on Wednesday evening when he approved a $700bn domestic spending bill after months of fractious negotiations with Senate majority leader Chuck Schumer. In one stroke of his pen, Viceroy Manchin paved the way for hundreds of billions of dollars in spending on climate change, prescription drug reform and significant tax changes. It was dubbed, of course, Build Back Manchin.

However, there is just one more obstacle in the way. Despite receiving the lion’s share of the attention for blocking the bill, there is another senator upon whose shoulders rests the fate of Biden’s agenda, and, given that the bill represents the most significant spending on the climate ever passed in the US, the world.

Kyrsten Sinema, a first-term Democratic senator from Arizona and self-described maverick who prides herself on bipartisanship and counts Republican John McCain as one of her political heroes, also refused to endorse the Build Back Better agenda.

Her reasons, where they could be ascertained, were different from those of her colleague from West Virginia. While Manchin was worried about inflation, Sinema did not want to raise taxes on large corporations, pointedly refusing to back “any tax policies that would put a brake on any type of economic growth or forestall business and personal growth for America’s industries.”

It is to Sinema, then, that the gaze of the world now turns.

So, who is Kyrsten Sinema? Once a strident progressive, she now spends much of her time angering her former travellers on the left in the purple state of Arizona. Her opposition to Build Back Better and frequent blocking of the Democratic agenda has fuelled a well-funded effort to unseat her in Democratic primaries in 2024.

She is a marathon runner, and the first sitting senator to finish an Ironman triathlon. She talks regularly with GOP senate minority leader Mitch McConnell and other Republicans in the chamber — so much that she is never far from rumours or jokes about switching parties.

A more important question, though, is what does the senator from Arizona want? The answer to that is something that political reporters and philosophers alike have pondered for some time.

Sinema’s wishes and red lines have been elusive, often shifting. She has spoken in favour of lowering drug prices in the past, but appeared to back away from provisions in the bill that would allow the government to negotiate lower prescription drug prices for millions of Medicare recipients. She spoke out forcefully in favour of protecting voting rights, but refused to eliminate the filibuster to pass landmark legislation on the matter.

In many ways, the deal agreed upon by Manchin and Schumer appears to meet most of Sinema’s publicly stated concerns — apart from one. In the past, Sinema has expressed specific opposition to removing the carried interest loophole, which would tax profits earned from funds owned by private equity and venture capital firms are taxed as regular income, instead of capital gains. That provision remains in the bill, and Manchin is standing firm on keeping it.

Sinema was not involved in the negotiations between Manchin and Schumer, and did not attend a Democratic Caucus meeting on Thursday to discuss the bill.

Whether that will be enough to count her out remains to be seen. Sinema generally avoids interviews and town halls with her constituents, leaving them to guess which way she will vote. Negotiations over this reconciliation bill have followed a similar trend.

In a Saturday Night Live sketch from the heady days of October 2021, when the Build Back Better bill still had a hope of surviving, Cecily Strong portrays a coy Sinema and asks: “What do I want from this bill? I’ll never tell!”

On Thursday, she wasn’t much more forthcoming. A spokesperson for Sinema’s office told The Independent that the senator “is reviewing the text and still needs to review what comes out of the parliamentarian process.”

The stakes are high. The bill agreed upon by Manchin and Schumer contains some $369 billion in energy security and climate spending over the next 10 years, making it “the single largest investment in climate solutions and environmental justice in US history,” according to former vice president and environmental campaigner Al Gore.

It would also represent some rare good news for Biden and the Democrats as they head into the Midterms, and on to 2024. The president could claim a victory and deliver on his biggest campaign promise, all of which would help Democrats hold off the fascist dystopia that a second term for Donald Trump would bring.

All of the above rests on the senator from Arizona, or as she is now known: the most powerful politician in America.