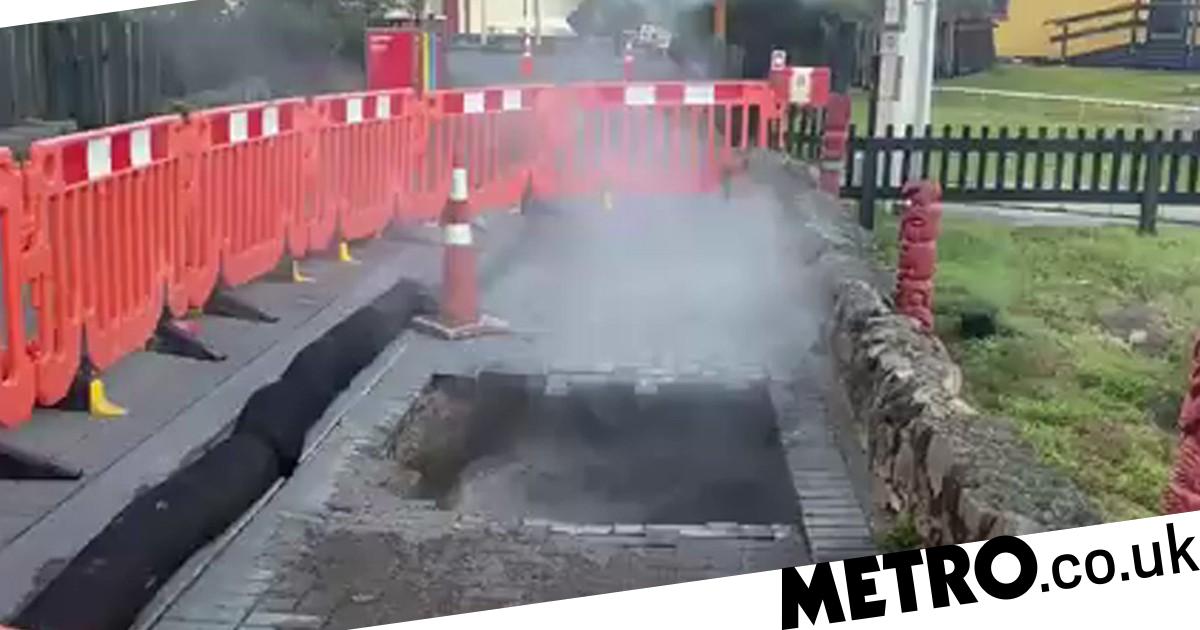 A woman has been left with serious burns after she plummeted into a giant sinkhole.

The pensioner, who had been walking through Rotorua, in New Zealand, fell after the ground ‘opened up’ beneath her feet.

She had been visiting a popular tourist attraction when the incident took place.

Video has been released of the sinkhole, where steam can be seen eerily rising from inside it.

It emerged due to geothermal activity in the area and is thought to be around 1.5 metres deep, according to local media reports.

The footpath, situated in the Whakarewarewa The Living Maori Village, has now been cordoned off by police.

Emergency services were called to the scene on Thursday afternoon.

The pair are thought to be husband and wife and on holiday from Perth, Australia.

He told the broadcaster: ‘Our understanding is that the wife slipped into the hole and she was eventually pulled from that and taken care of by our staff.

‘We are just keeping in communications with them and their families to monitor their wellbeing and recovery from the incident.’

The Whakarewarewa The Living Maori Village is described as the country’s ‘only living Maori village’ and offers a range of traditional events and attractions.

Concerned locals had said steam had been rising from the street for near to a week before the woman’s fall took place.

In the UK, a huge 20ft sinkhole emerged last month in south-east London.

Miraculously, there were no injuries reported to police.

But the sinkhole had swallowed a motorcycle on the residential street in Bexleyheath and left homeowners stunned.