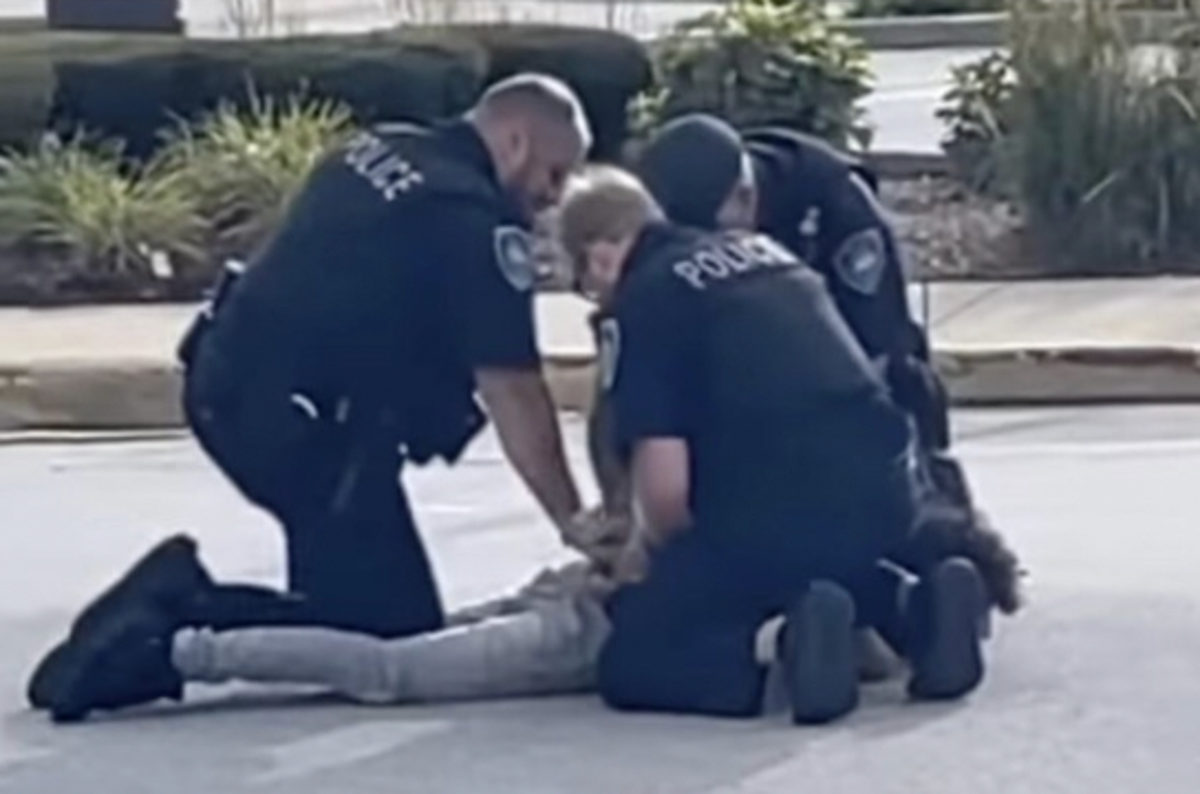 Police in Oak Lawn, a suburb in southwest Chicago, are defending the actions that left a 17-year-old hospitalised and say they found a loaded gun in his possession.

The incident began when police pulled over a car in Oak Lawn at about 5.30pm on Wednesday. Law enforcement claims the vehicle was missing registration plates.

Chief Daniel Vittorio told a press conference on Thursday that officers detected marijuana coming from the vehicle. They began searching the driver and asked a backseat passenger, Hadi Abuataleh, to exit the car.

“He appeared to be nervous and had an accessory bag draped over his shoulder.,” Mr Vittorio said.

Dashcam footage released by Oak Lawn police shows Mr Abuataleh lying on the ground as one officer punches him in the head, and another kneel on his leg. Mr Vittorio said the teenager was clutching a bag, refusing to let go.

“Once they feared for their safety and they had reasonable suspicion that he was armed with a weapon in that bag and he was not complying and was trying to open that bag, they were in fear for their safety,” he said.

Officers tazed and handcuffed he teenager. Inside the bag, Mr Vittorio said they found a .25 calibre weapon with three live rounds.

Community outrage about the incident was ignited after a passerby filmed footage of the officers beating the teenager.

Myriah Deal, who posted the footage to Facebook, told ABC7 she pulled out her cell phone and started recording after police tackled Mr Abuataleh to the ground and began punching him.

She told the network Mr Abuataleh was calm and didn’t appear to be resisting arrest.

Mr Abuataleh’s mother Dena Natour told CBS2 the beating had left him hospitalised with back and facial fractures, internal bleeding and severe bruising.

On Thursday, family and members of the Palestinian community protested outside the Oak Lawn police station.

Mr Vittorio said the incident was being reviewed and police are yet to interview Mr Abuataleh. Charges are pending.