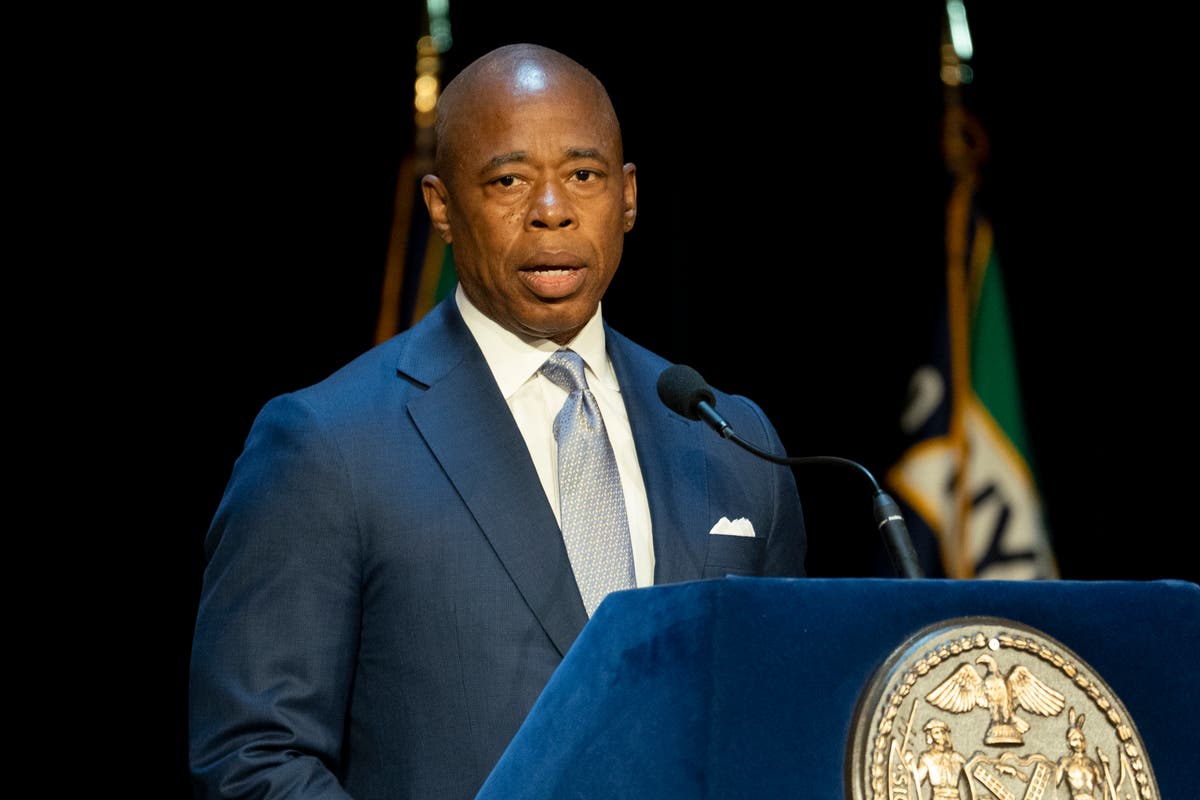 New York City Mayor Eric Adams has contradicted President Joe Biden’s optimism about the US economy, announcing this week that America is “in a recession” and is facing a “financial crisis like you can never imagine”.

The mayor, a Democrat, urged New Yorkers to use their money wisely during an interfaith event hosted by nonprofit Project Hospitality at Sanzer Yeshiva in Staten Island on Thursday.

The New York native, who has previously spoken about growing up in poverty in Brooklyn, compared his outlook on the city to his mother’s comments to him and his siblings as a child.

“You tell me what to take off the plate if you want me to put something else on the plate,” he said. “I’m coming to you as a city and saying, ‘This is how much we have, that’s it’.

“We are in a financial crisis like you can never imagine. Wall Street is collapsing. We are in a recession.”

His comments came not long after Mr Biden put on an optimistic show in the wake of reports that the US economy shrank for a second quarter in a row.

The Bureau of Economic Analysis released new figures early on Thursday, showing that gross domestic product (GDP) was down by 0.9 percent from April to June 2022.

This comes after GDP fell by 1.6 percent in the first quarter.

Two consecutive quarters of negative economic growth is the unofficial definition of a recession and it comes at a time that everyday Americans are grappling with record inflation, sending prices of gas and consumer goods soaring.

The Federal Reserve raised its key interest rate by 0.75 percent on Wednesday in an effort to tackle the rising inflation.

But – despite the data – the president insisted that the US is not in a recession, pointing to low unemployment rates and new investments in manufacturing.

“Let me just give you what the facts are in terms of the state of the economy,” he said in a speech on Thuersday.

“Number one, we have a record job market, and record unemployment of 3.6 percent, and businesses are investing in America at record rates.”

He added: “That doesn’t sound like a recession to me.”

When Mr Adams was later questioned about whether he believes the Biden administration is wrong about being in a recession, the New York City mayor appeared to walk back his comments.

“We’re going to recover, and Biden is the president, and I follow his presidency,” he told Hamodia.

“The president will make a determination on the official title of where we are; that’s the President, and I follow the lead of the president.

“We’re dealing with tough economic times, but we’re going to get through it, because I trust in the president.”