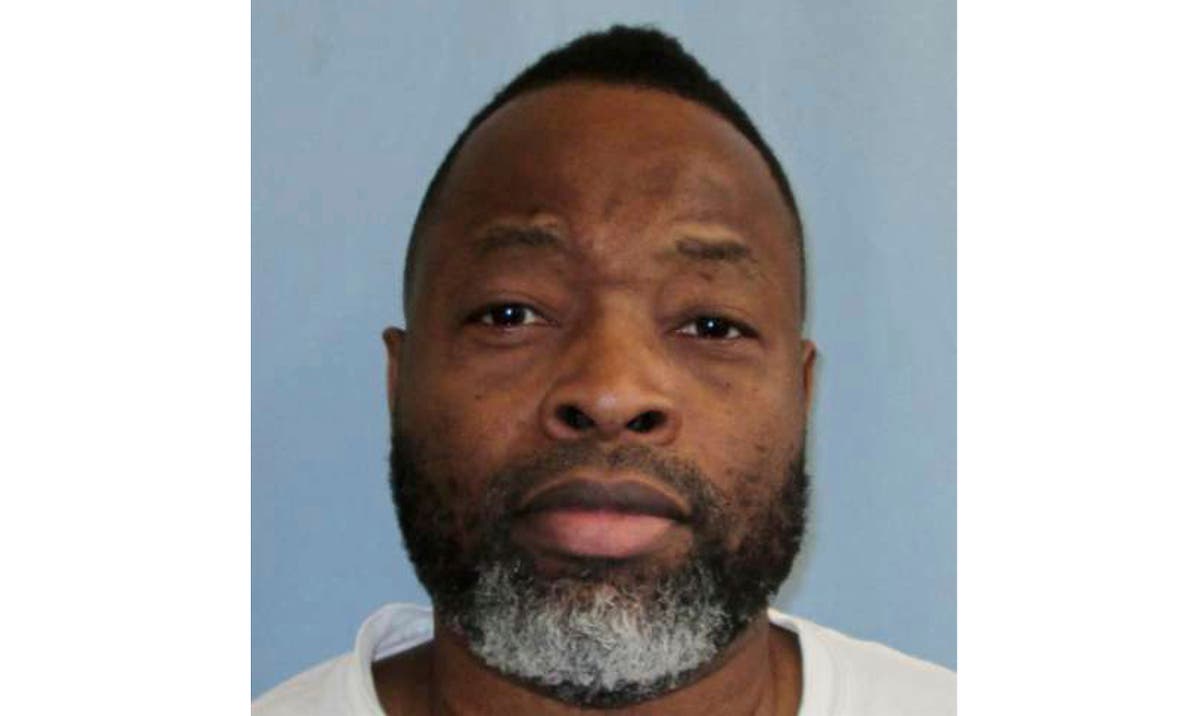 Alabama has executed a death row inmate over the 1994 murder of his former girlfriend – ignoring the pleas of the victim’s family to spare his life.

Joe Nathan James Jr was put to death by lethal injection at the William C Holman Correctional Facility in Atmore on Thursday night, two days after the US Court of Appeals denied a last-ditch motion to stay his execution. His time of death was 9.27pm local time.

During his final hours, he spoke to his attorneys by phone three times but had no visitors and made no special requests, according to the state’s corrections department.

James had been on death row for almost three decades after he was sentenced to death for shooting dead 26-year-old mother-of-two Faith Hall Smith back in 1994.

Smith’s family released a statement following his execution calling it a “tragic day” which had caused them to “relive the hurt” they have suffered since her murder.

“Today is a tragic day for our family. We are having to relive the hurt that this caused us many years ago,” the family said, according to WIAT.

“We hoped the state wouldn’t take a life simply because a life was taken and we have forgiven Mr Joe Nathan James Jr … We pray that God allows us to find healing after today and that one day our criminal justice system will listen to the cries of families like ours even if it goes against what the state wishes.

“Our voices matter and so does the life of Mr Joe Nathan James Jr.”

Multiple family members of the victim had spoken out in recent days to say they wanted James’ execution to be halted and for his sentence to be reduced to life in prison without the possibility of parole instead.

Smith’s daughter Terrlyn Hall, who was just six years old at the time of her mother’s death, told ABC3340 this week that her mother was “loving” and “forgiving” and that she would not want her killer put to death.

“I’m quite sure, if she was here today, well if she was in this situation, she would want to forgive,” she said, adding that “it won’t bring her back”.

Smith’s brother Helvetius Hall said that ending James’ life won’t take away the pain that the family has suffered saying that “we have learned to deal with it”.

“He did a horrible thing. He has suffered enough and I don’t think that taking his life is gonna make our life any better,” he said.

Mr Hall feels that the state has never listened to what the family wants.

Last week, Alabama State Rep Juandalynn Givan sent a letter on behalf of the family to Governor Kay Ivey asking her to grant James a stay of execution.

But, the governor ignored that request and the execution went ahead one week later.

In a statement on Thursday night following James’ execution, the governor said that “a fair and lawful sentence was carried out” on a man who subjected his victim to “repetitive harassment, serious threats and ultimately, cold-blooded murder”.

“Tonight, a fair and lawful sentence was carried out, and an unmistakable message was sent that Alabama stands with victims of domestic violence,” she said.

The state Attorney General Steve Marshall also welcomed the news in a press release, writing: “Justice has been served.”

James and Smith had dated from the early 1990s and when they broke up, he stalked and harassed her, showed up at her home uninvited and threatened to kill her and her ex-husband, according to legal documents.

Then, on the evening of 15 August 1994, he followed her car to a friend’s home where he shot her three times.

In the aftermath, James went on the run but was arrested in California and returned to Alabama.

Two years on from her brutal murder, James was convicted of capital murder and was sentenced to death.

His conviction was later overturned on appeal based on erroneous admission of hearsay evidence and the case went to a retrial.

Ahead of the retrial, prosecutors offered James a plea deal where they would sentence him to life in prison – avoiding the death penalty – in exchange for a guilty plea.

James rejected the offer, saying that he wanted to stay on death row, and he was convicted and sentenced to death for a second time in 1999.

Efforts to grant him a stay of execution have since been denied.

His execution comes six months after Alabama last carried out an execution on a death row inmate.

In January, Matthew Reeves was put to death for the 1996 murder of Willie Johnson Jr, after the state rejected claims that he had an intellectual disability.