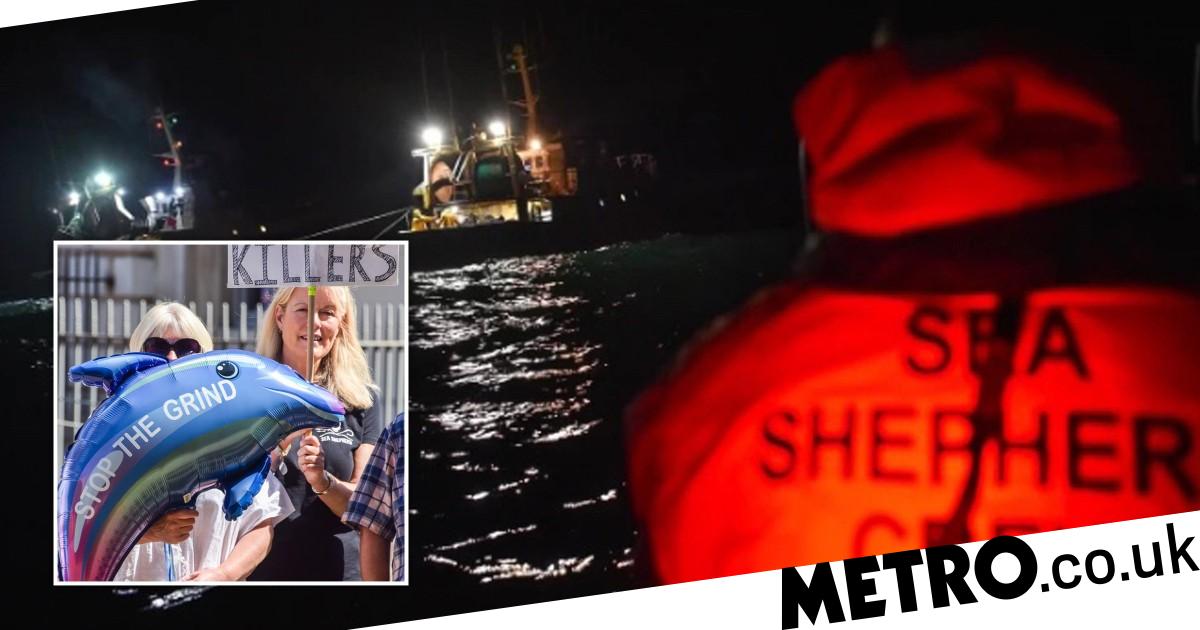 Nearly 100 dolphins, including an unborn baby and a young calf, have been killed in the Faroe Islands.

The mass slaughter has been deemed the largest hunt of bottlenose dolphins in more than 120 years.

Faroes islanders killed 98 adults as well as an unborn baby and a young calf, according to the Sea Shepherd conservation group.

Experts believe the dolphins were herded to the shore on the island of Skálafjørðuras and murdered with knives, spears or other sharp weapons.

Such hunts form a traditional part of the Faroe Islands’ history but are widely condemned by wildlife organisations.

The Sea Shepherd organisation, which filmed the latest massacre, said in a statement: ‘This dolphin hunt, and indeed the killing of all pilot whales and dolphins in the Faroe Islands, is simply disgraceful and will rightly cause further national and international outrage.

‘Once again, some of the animals show cut marks from boat propellors where boats ran into, or over them.’

The animals were driven to the shore before their throats were slit as part of the centuries old tradition.

So many were killed that excess blubber was taken in disposal trucks to an incineration centre.

Despite widespread horror at last year’s slaughter – some suggested the UK cut trading ties with the Faroe Islands in retaliation – hunts have still continued.

Islanders are said to be divided on the practice, known as grindadráp hunts.

Fishing remains a key industry for locals and the whales and dolphins killed during grindadráp are meant to be dispersed across the community rather than exported.

Many have urged campaigners to respect their culture and have vowed to continue the hunts.

Due to the remote nature of the islands in the North Atlantic Ocean – northwest of Scotland and halfway between Iceland and Norway – many traditions have remained uninfluenced by modern society.

But the hunts, of dolphins and pilot whales, has been condemned by animal rights groups and branded ‘barbaric’.

He said: ‘The justification that we get on an ongoing basis is that this is for food, despite the fact that the Faroe Islands is one of the richest countries in the European economic zone.

‘They have supermarkets all over.’