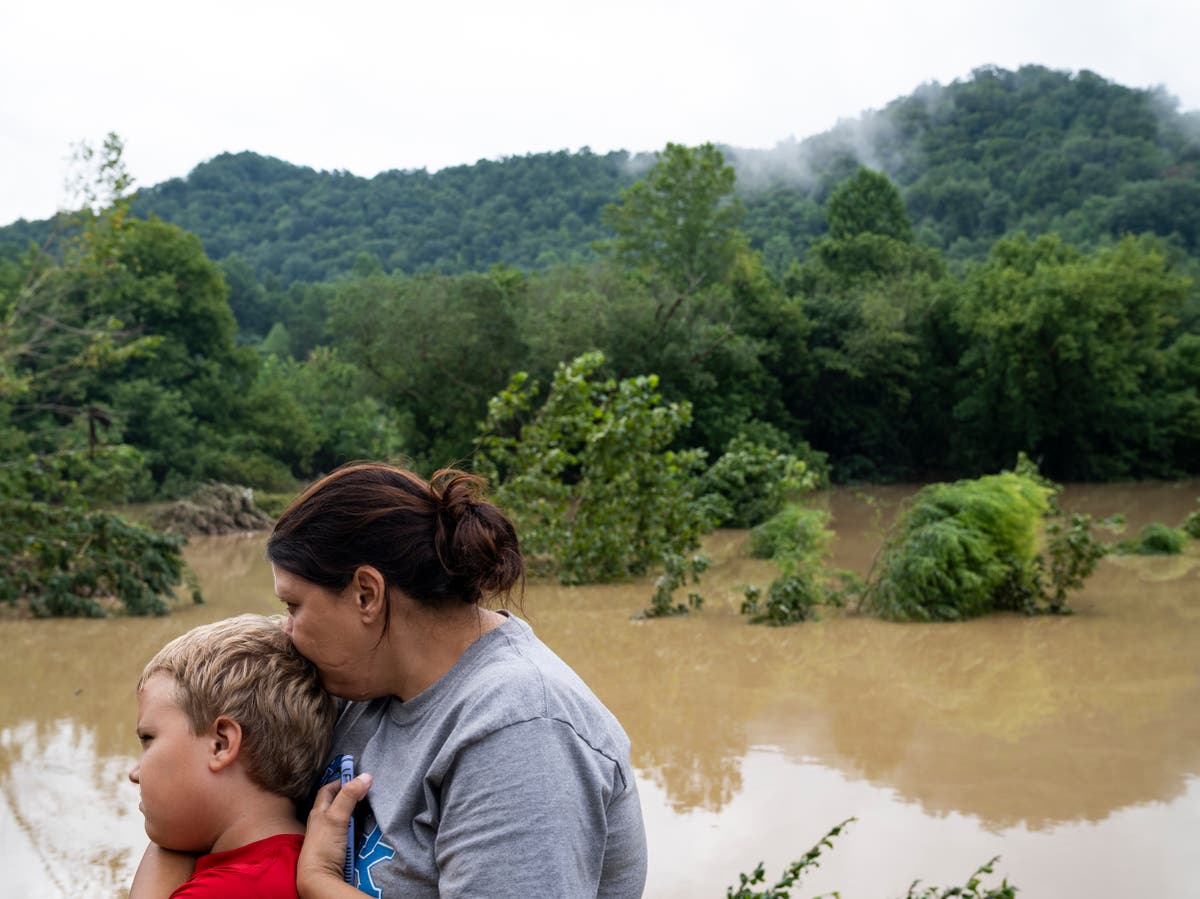 At least 25 people have died in the floods hitting Kentucky, a number which is expected to rise further, the state’s governor has said.

Discovering the amount of destruction wreaked by the floods may take weeks. Many areas remain disconnected from the rest of the state.

Further rain has been forecasted for early next week, meaning rescuers need to move quickly.

“We’ve got to act quickly after the water recedes tomorrow, certainly before it rains again”, Governor Andy Beshear, a Democrat said on Friday, according to The New York Times.

The judge-executive in Breathitt County, Jeffrey Noble, told the paper that the storms and flooding had knocked out phone service for miles. He added that the main roads in Jackson, the county seat, remained obstructed.

“They’re saying around 250 people are missing”, Mr Noble said. “I don’t even want to talk about deaths. I’ve heard two different numbers, and I’m hoping both of them are wrong.”

The local leader said he was disturbed by the stories he had heard from others and things that he had witnessed with his own eyes, such as a truck that he saw being slowly swallowed by the waters in the dead of night.

Breathitt County coroner Hargis Epperson added that at least three people had been found dead in the county. At least 12 people were missing.

The coroner in Knott County, Corey Watson, worked from a large garage at a funeral home in the area. He told the paper the number of dead in his area had gone from 11 to 14 during the course of Friday.

At least six children, four from a single family, are among those who have died.

Brittany Trejo, a relative of the four children, said they were all found within 50 yards of each other. She said they were taken by “the rage of the water”.

“They were such loving, caring, well-behaved young children”, Ms Trejo told The Times. “They liked things that all children enjoy.”

Mr Beshear told the press that the National Guard, the state police, as well as other agencies on the state level were taking part in the search and rescue efforts, which by Friday included around 50 rescues from the air and hundreds by boat.

He added that almost 300 people had been rescued in the state so far, with around 100 of them being saved via aircraft.

Jeff Hawkins has lived in Letcher County for 52 years.

“I’ve talked to several folks in the last couple of days who were 70, 80 years old and none of them remember anything like this”, he told the paper.