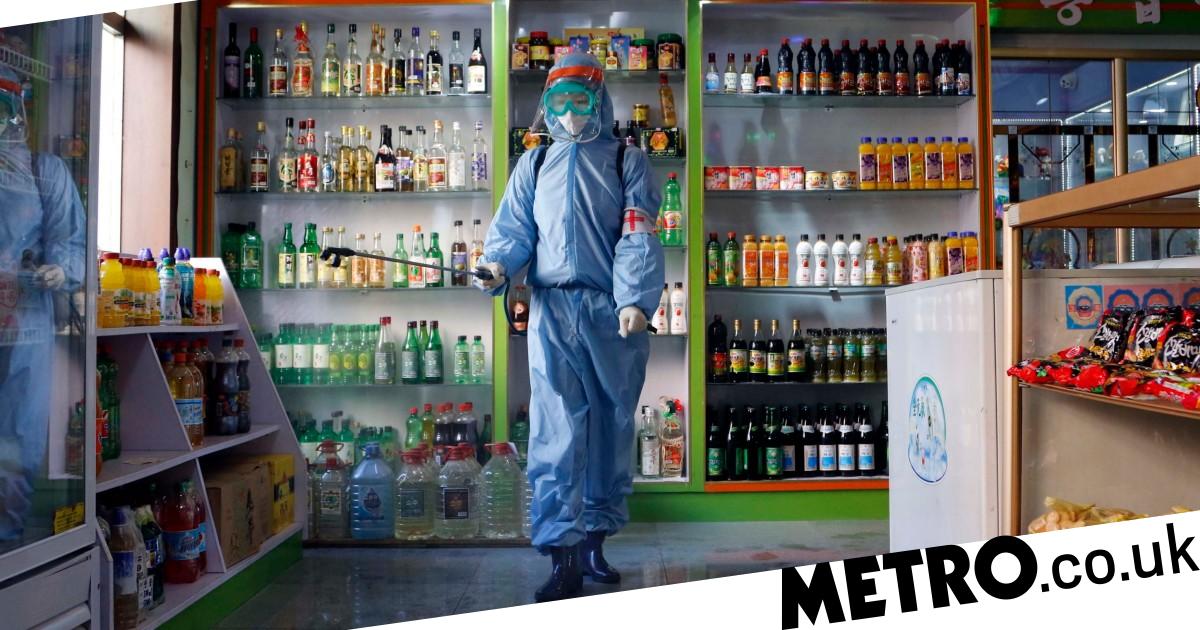 North Korea has confirmed six deaths from a fever it describes as having an unknown origin, of whom just one had tested positive for Covid.

The dictatorship’s news agency, KCNA, said 187,800 people were being ‘isolated and treated’ with the fever in the last few weeks and that 350,000 had shown symptoms.

It said there had been an outbreak of the Omicron variant in the capital of Pyongyang but did not specify case numbers.

The Covid cases and the one death linked to the virus are the first which the ultra-secretive state has admitted to.

In an update on Friday, KCNA said: ‘A fever whose cause couldn’t be identified spread explosively nationwide from late April.’

Experts widely believe the virus has been present in the country for some time, prompting speculation that it is largely responsible for the new ‘fever’ wave.

KCNA’s report hinted that cases were spreading widely outside Pyongyang, saying that Kim Jong-un had visited a healthcare centre and ‘learned about the nationwide spread of Covid-19’.

It described the situation as an ‘immediate public health crisis’.

Fears have been expressed for the country’s population of 25 million, many of whom are vulnerable due to a lack of any vaccines, poor nutrition and poor healthcare.

Kim Jong-un’s government had long insisted that it had succesfully shut out Covid by sealing its borders in January 2020.

It rejected offers from the international community to supply millions of British and Chinese-made jabs last year.

But doubts were expressed over whether travel was fully banned, as the country’s fragile economy relies heavily on trade with China as well as a few other partners including Russia and India.

Investigations have also pointed towards the North Korean officials’ involvement in illicit international drug and arms trafficking, requiring steady shipments in and out of the country.