By Brendan Carlin for The Mail on Sunday

It was enough to chill the bone of any civil servant working from home – a Government ‘threat’ to expose them if they were avoiding the office when the sun shone.

Jacob Rees-Mogg, the Minister for Government Efficiency, appeared to say yesterday that looking at local weather reports would be one of his weapons to check up on public officials and get them back behind their desks.

In an interview, cricket-loving Mr Rees-Mogg even seemed to suggest a link between civil servants staying away from the office and the dates of Lord’s Test matches. 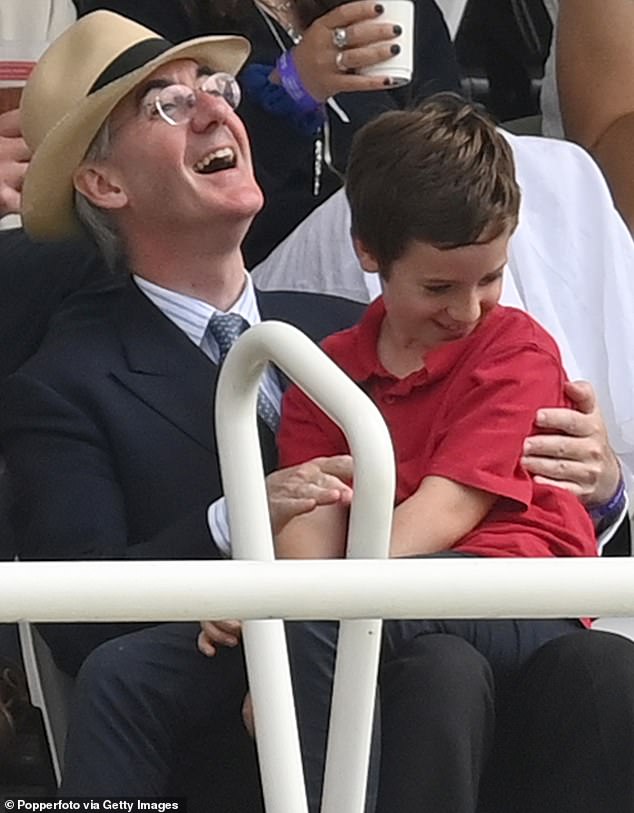 Having a laugh: Mr Rees-Mogg at last year’s Lord’s Test against India. Mr Rees-Mogg, the Minister for Government Efficiency, appeared to say yesterday that looking at local weather reports would be one of his weapons to check up on public officials and get them back behind their desks 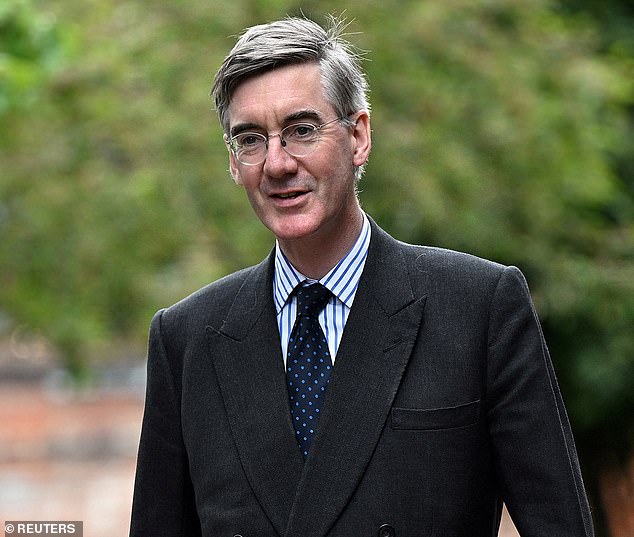 Mr Rees-Mogg, who is also the Minister for Brexit Opportunities, has told The Mail on Sunday that the weather forecast threat had been ‘a joke’

He told The Daily Telegraph: ‘We’re going to have to compare notes with the Met Office. We need to have the evidence on Lord’s Test matches and all that.’

But Mr Rees-Mogg, who is also the Minister for Brexit Opportunities, has told The Mail on Sunday that the weather forecast threat had been ‘a joke’.

He said there were no plans to match up the days civil servants worked from home with how sunny it was where they lived.

Mr Rees-Mogg added: ‘It just shows the risk of making a joke in politics because even something fundamentally impractical gets taken seriously.’

The comments will come as a relief to WFH officials who find themselves under mounting pressure from Boris Johnson to get back to their offices.

In an interview with the Daily Mail yesterday, the Prime Minister bluntly insisted working from home did not work.

He said: ‘My experience of working from home is you spend an awful lot of time making another cup of coffee, and then you know, getting up, walking very slowly to the fridge, hacking off a small piece of cheese, then walking very slowly back to your laptop and then forgetting what it was you’re doing.’

And in an article (below), Charlie Mullins – the founder of Pimlico Plumbers – warned that he was ‘considering whether to withhold part of my taxes until the bloated Civil Service starts getting back into the office and doing the job for which it’s paid’.

It comes as the Government faces the threat of strike action from Civil Service unions over plans to cut 91,000 jobs to save taxpayers’ money.

And in a new row, Government sources said that this would include scrapping next year’s Civil Service ‘Fast Stream’ programme – aimed at recruiting the future high-fliers and permanent secretaries. The sources said the decision was taken at last week’s Cabinet meeting.

The Cabinet Office, which first denied the move, later said that the PM ‘has tasked the Cabinet to return the civil service to its 2016 levels… to deliver a leaner, more capable workforce’.

By PADRAIC FLANAGAN for the Mail on Sunday

Goldman Sachs has told senior staff to take as many holidays as they want under plans to tackle complaints over its long-hours culture.

Partners and managing directors were informed there will be no cap on the number of paid leave days they can take as part of a new vacation policy.

The ‘flexible vacation’ scheme came into effect from May 1 to allow senior staff ‘to take time off… without a fixed vacation day entitlement’, a memo seen by The Daily Telegraph said.

It added that every employee will also be expected to take a minimum of 15 days leave per year from next January, with at least one week of consecutive time off. Junior staff will get an extra two days off each year.

Goldman, the first major financial institution to bring in the policy, is notorious for its long-hours culture. Last year junior staff begged to work just 80 hours a week amid complaints ‘inhumane’ expectations were leading to mental health issues.

Goldman is one of a handful of financial institutions to get staff back in the office five days a week – chief executive David Solomon described working from home a ‘temporary aberration’.