The Home Office is being slammed over its ‘radio silence’ on plans to build a giant asylum seeker processing centre in a tiny North Yorkshire village.

Linton-on-Ouse locals fear they will soon be outnumbered two-to-one when 1,500 refugees arrive at the brand new asylum seeker processing centre.

Over 70 percent of the villagers will be asylum seekers if the plans go ahead.

The major plans are part of the government’s new radical immigration policy, but villagers said the project came ‘completely out of the blue’ after it was announced overnight with zero public consultation.

The Home Office said Linton-on-Ouse was ‘top of the list’ after several other locations across the country were not chosen to house the giant centre.

A fiery public meeting in April saw government officials told they had done ‘more damage to this village than the Germans did in six years [in World War Two]’.

Hambleton Council and local residents have written letters to the government asking them to explain their plans for Linton-on-Ouse, where only 700 people live currently.

The local council have even brought in a barrister to mount a legal challenge against the Home Office. 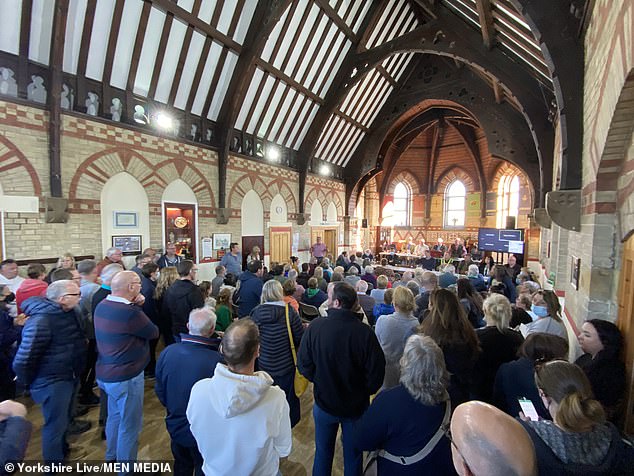 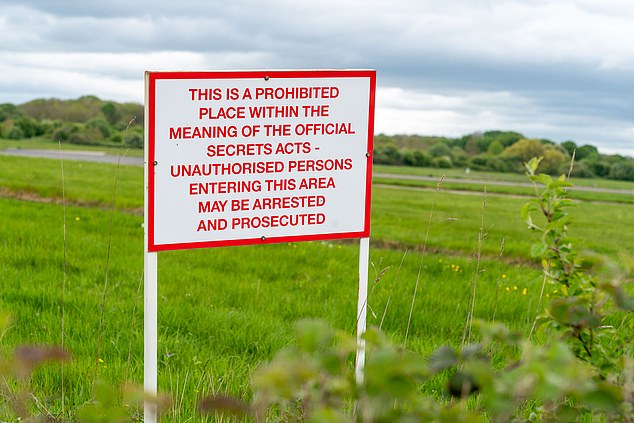 The small community of around 700 could be joined by as many as 1,500 male asylum seekers housed in a former RAF base by the end of the month

Local MP Kevin Hollinrake said: ‘As I understand it, no formal response letter has been received, nor has a response to valid questions and concerns from residents sent nearly three weeks ago,’ he said. ‘This is unacceptable.

‘I completely understand the frustration from the Linton community on this radio silence from the Home Office, despite their assurances to mend relationships with residents.’

Mr Hollinrake vowed to press prime minister Boris Johnson and home secretary Priti Patel over the scheme, which has been criticised due to the village’s lack of amenities.

Linton-on-Ouse has only one local shop, a small primary school and infrequent bus services.

However, the first asylum seekers are expected to arrive before the end of the month.

Young men, mostly aged from 18 to 40, will be arriving from countries such as Syria, Iran, Iraq and Eritrea.

Voicing their concerns to the Home Office last month, some villagers admitted they are ‘scared’ about their safety.

One woman said: ‘Our children run free and safely. We know our neighbours. When the site opens, I don’t feel my children will be safe.’

Mark Goddard, the Parish Council chairman, said residents have come to him in tears over fears they will have to ‘lock themselves in their houses’.

A campaign group launched to fight the proposals as some villagers felt left in the dark over the plans.

Dr Olga Matthias, spokesperson for Linton-on-Ouse Action Group, has poured scorn on a new Bill announced in Parliament this week which is supposed to ‘spread opportunity… to level up jobs, homes and high streets’.

‘How is the government spreading opportunity on our high street by outnumbering our village residents by 2:1?’ said Dr Matthias.

‘What is democratic about imposing this disastrous plan on us, without discussing it with any of the individuals or organisations which will be hugely impacted?’ 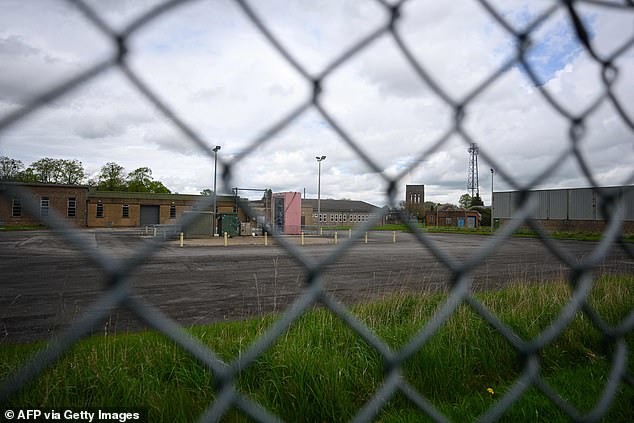 Locals have complained that they were not informed of the Home Office’s plans and were met with ‘radio silence’ so have started their own legal challenge (pictured) Former Royal Air Force Station, RAF Linton-on-Ouse near York in northern England on May 4, 2022

The Levelling Up and Regeneration Bill was unveiled this week as part of the Queen’s Speech to reform the planning system ‘to give residents more involvement in local development’.

Lord Greenhalgh, Minister of State, Home Office and Department for Levelling Up, Housing & Communities said: ‘[It] is going to make every part of our country a great place to live, start a family, own a home and start a business; it is going to ensure that no person or community is left without hope or opportunities.’

But Dr Matthias responded by saying: ‘I can assure Lord Greenhalgh that his government is systematically ensuring that Linton is not only overlooked by his scheme but will actually be victimised – how can our community feel that we have equality of hope and opportunity?

‘If anyone in Linton wanted to put up a conservatory, we’d face a long and tedious process.

‘But apparently applying for the required ‘change of use’ permission for the RAF station was something the Home Office decided need not concern them.

‘Baroness Hayman of Ullock, of Labour, said in the debate that communities should be at the heart of good place-making.

‘We couldn’t agree more – so it’s time for this government to walk the talk.

‘The Home Office must consult with us properly, agree that we have had no say whatsoever over how Linton is developed, and agree that this decision is as far removed from ‘good place-making’ as anything could possibly be.’

A spokesperson for the Home Office has tried to alleviate concerns by saying security checks will be carried out for each individual arriving in Linton-on-Ouse and all refugees will be expected to return to the RAF site by no later than 10pm every night.

In a statement, they said: ‘The asylum reception centre at Linton-on-Ouse, North Yorkshire, will help end our reliance on expensive hotels which are costing the taxpayer £4.7million a day, and we are engaging with local stakeholders about the use of the site.

‘The New Plan for Immigration will fix this broken asylum system, allowing us to support those in genuine need while preventing abuse of the system and deterring illegal entry to the UK.’